The “General Lee” from the TV show Dukes of Hazzard fame was back in a chase evading the law again. Though this time it wasn’t Boss Hogg it was escaping from it was the Florida police department. A Florida man and former horse jockey is behind bars in connection with arson (his wife’s home took the brunt of that) and leading officers on a high-speed chase in a Dodge Challenger painted to look like the Dodge Charger ‘General Lee’ from Dukes of Hazzard.

The Dukes of Hazzard was an American action-comedy TV show spanning 147 episodes over 7 seasons from January 26, 1979 to February 8, 1985. The series took its inspiration from the 1975 film Moonrunners, which had many identical or similar character names and concepts. 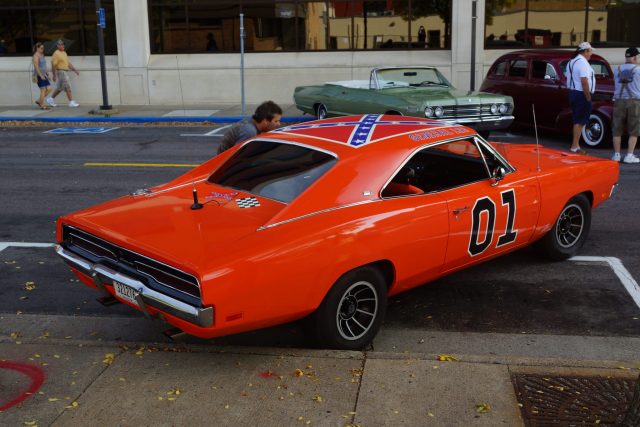 The General Lee. Photo by Greg Gjerdingen CC by 2.0

The show portrayed the wild adventures of “the Duke boys”, cousins Bo and Luke Duke, who lived on the family farm in fictional Hazzard County, Georgia, along with their attractive female cousin Daisy Duke (where purportedly the name of the low cut jean shorts derived from) and their wise old Uncle Jesse. 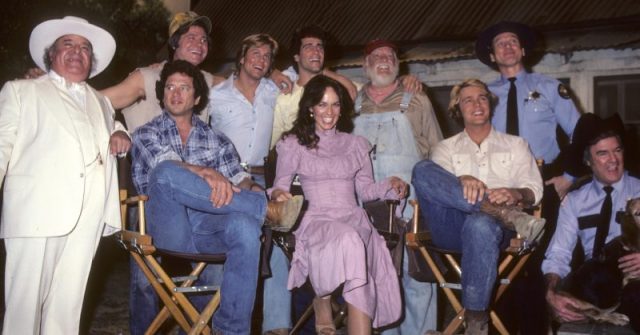 The cast of Dukes of Hazzard. Photo by Ron Galella/WireImage/Getty Images

The Duke boys drive rampantly around town, skidding out, going aerial in famous slo-mo jump shots, and having a good time in their customized 1969 Dodge Charger, dubbed the “General Lee”. All the while of course they’re evading the crooked county commissioner Boss Hogg and the bumbling Sheriff Rosco P. Coltrane and his equally inept deputies.  However, due to the Duke boys’ fundamentally good nature, they often grudgingly end up helping Boss Hogg out of some sort of trouble he’s gotten himself into. 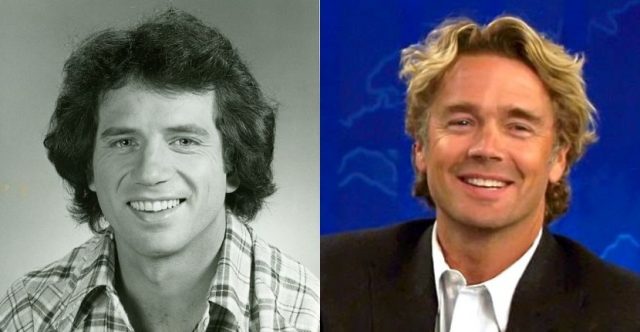 The famous General Lee car (referring to the Civil War Confederate general Robert E. Lee) which serves as a focal point of the show was based on a 1969 Dodge Charger. It was orange with a Confederate flag painted on the roof, the words “GENERAL LEE” over each door, and the number “01” on each door.  Since it was built as a race car, the doors of the car were welded shut for the show. Due to the constant flow of damaging stunts and jumps the cars were required to do, an estimated 309 Chargers were used throughout the run of the series. Only 17 of them are still known to exist. 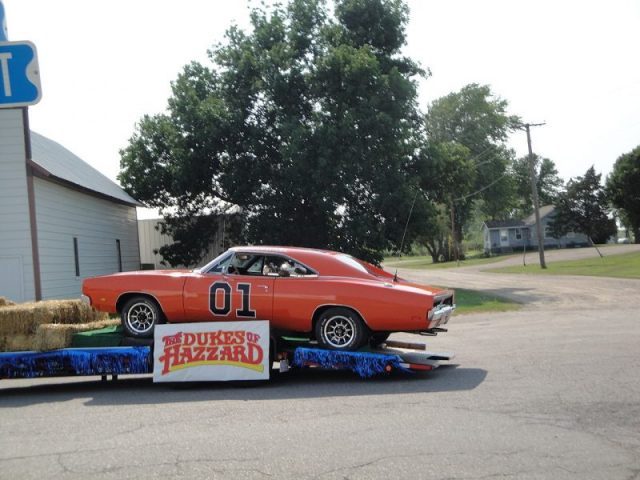 The General Lee and Dukes of Hazzard logo. Photo by Greg Gjerdingen CC BY 2.0

Back to the chase at hand. Click Orlando reported that Oswald Pereira, the driver of the aforementioned General Lee, is looking at a variety of charges including arson, fleeing and attempting to elude law enforcement, and resisting without violence. Police say Pereira got into an argument with his wife and set the house ablaze before taking off in the painted Dodge Charger. We can only imagine if he felt like one of the Duke boys racing off with the hapless Sheriff Coltrane hot on his heels. It is also unclear at the moment just why exactly Pereira had this mock-up version of the General Lee car.

The car however, didn’t make it through the entire chase. At some point, Pereira ditched the Dodge for a GMC Yukon. With officers hot on pursuit he led them on a high-speed chase to the adjoining county, where he was finally found hiding in the closet of a mobile home and arrested. His ill-advised moment, which could’ve been taken directly from a Dukes of Hazzard chase, over and done with.

Related Article: Hundreds Of Dodge Chargers Were Destroyed Making The Dukes Of Hazzard

Pereira was the only person injured in both the blaze and ensuing car chase. He is a former horse jockey and the people who know him say that he is a very nice man who loved his job. Which makes this all the more weirder. They also say that he was a devoted family man who must have been “very distraught” to set the fire and go headlong into the chase. However, a look at the records paints a slightly different story in that he was arrested for theft earlier this year and domestic abuse in 2018.

It is unclear what will become of the General Lee car used in the chase.