Deep in the Honduras rainforest, a team of scientists has found the archaeological site known as the “Lost City of the Monkey God”– and it is home to several species that were assumed to be extinct as well as many, many other incredible types of birds, reptiles, and mammals.

It was once thought that this settlement was a myth dreamed up by conquistadors in the 16th century. There’s long been a rumor of a  pre-Columbian settlement in this region, sometimes known as the “Lost City of the Monkey God” or “La Ciudad Blanca.” Aviator Charles Lindbergh once said he saw it from the sky while he was flying over the area in the 1920s — and many explorers have tried to track down the legendary spot. In 2015, an archaeological site was identified. 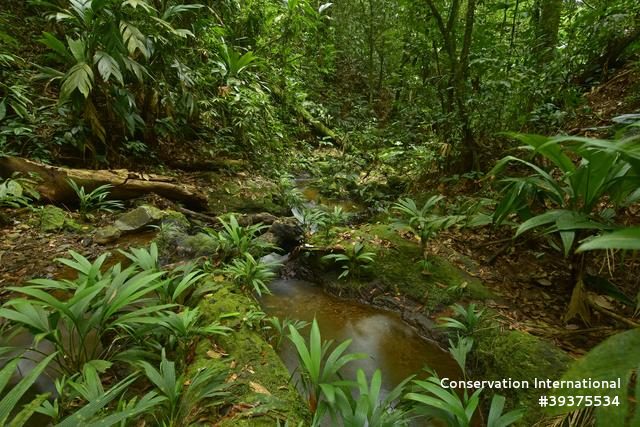 RAP in Honduras, 2017.
The Ciudad del Jaguar (City of the Jaguar) area features a variety of freshwater habitats that support a wide diversity of life, from crabs to otters. Numerous small streams feed into the main river from the surrounding ridges, each creating distinct microhabitats that support unique plant and animal communities.

The new team of scientists led by Conservation International’s Rapid Assessment Program (RAP) in coordination with the Government of Honduras arrived to make a survey and found rare species. In one area of the complex, called City of the Jaguar, they discovered at least three species thought to have been extinct. They also found one previously undocumented fish and many other amphibians and mammals close to extinction. 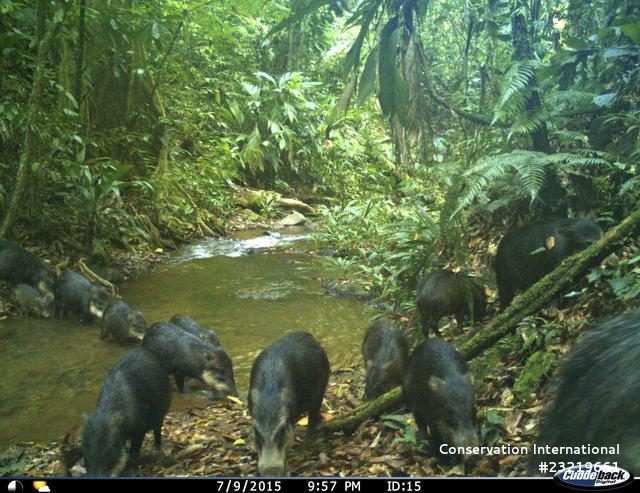 Camera trap images from Honduras, 2017.
A thriving population of white-lipped peccaries, a pig-like species extremely sensitive to deforestation, not found in Central America anymore because they require vast areas of intact forest to survive. When startled or threatened, they produce loud barks and clacking noises with their teeth.

“It’s so exciting to get to visit places where literally there’s so few ways to get there,” Trond Larsen, director of Conservation International’s rapid assessment program, told CNN.  “There’s no roads, there’s no logistical infrastructure to access, so you have to helicopter in. And when you do that, you end up visiting places where wildlife tends to be much more abundant.” 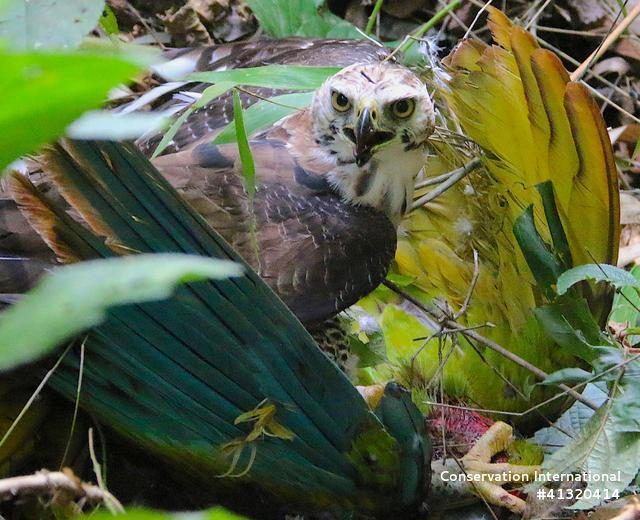 The government of Honduras wanted to know what wildlife was living in this undisturbed region and commissioned this extensive survey of the area’s biodiversity, with exciting results. Overall, the team recorded 246 species of butterflies and moths, 30 bats, 57 amphibians and reptiles, alongside many plants, fishes, mammals, and insects. 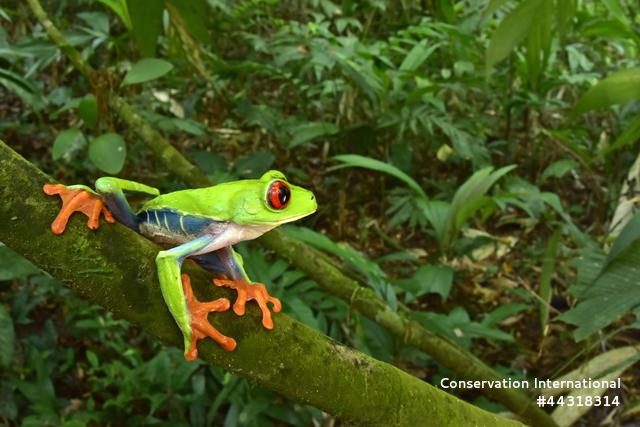 Located in northeastern Honduras, the Honduran Mosquitia is the largest protected area in the country and constitutes one of the least explored and most pristine areas of lowland rain forest remaining in Central America. Its 865,000 acres supports the highest biodiversity in Honduras “yet the Honduran Mosquitia remains unexplored and poorly known scientifically,” the researchers wrote.

The False Tree Coral Snake was rediscovered for Honduras, a species that had not been recorded in the country or for northern Central America since 1965. Eight of the species found were documented for the first time in the core of the Reserva del Hombre y la Biosfera del Río Plátano and several more are threatened, rare and poorly documented for Honduras. 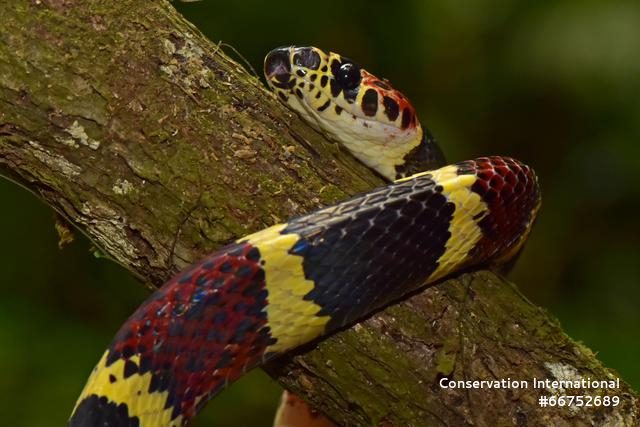 RAP in Honduras, 2017.
The false tree coral snake (Rhinobothryum bovallii), discovered on the expedition, was believed to be extinct in Honduras since 1965.

Forty small mammal species were identified, representing 30 bat species and 10 rodent species. Of the bats detected, one species is a new record for Honduras, three others have very restricted distributions and few previous records for the country, and another — the Pale-faced Bat — has not been reported in Honduras in more than 75 years. Larsen told CNN  that the creatures that live in the area aren’t used to human interaction, which allowed for some incredible moments of interaction. 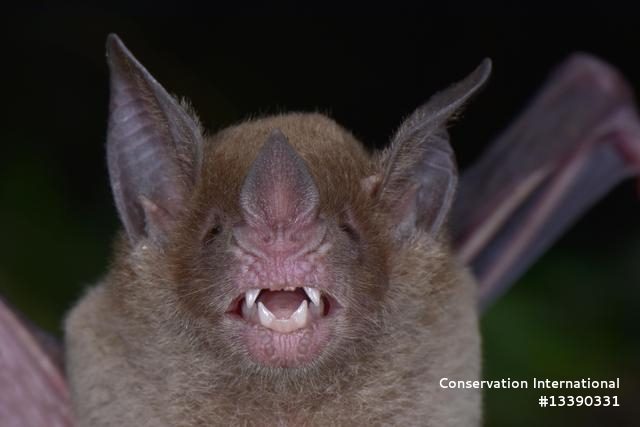 RAP in Honduras, 2017.
The Pale-faced Bat (Phylloderma stenops) was rediscovered during this survey after more than 75 years since it was last documented in Honduras in 1942.

“Large groups of monkeys, for example, hang out and try to figure out what you are and what’s going on, there’s an opportunity to see tremendous amounts of wildlife,” he says. 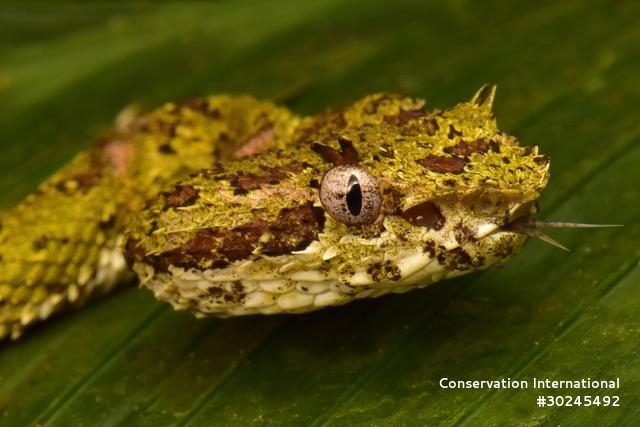 RAP in Honduras, 2017.
A venomous Eyelash Viper (Bothriechis schlegelii) uses its tongue to ‘smell’ the
surroundings. 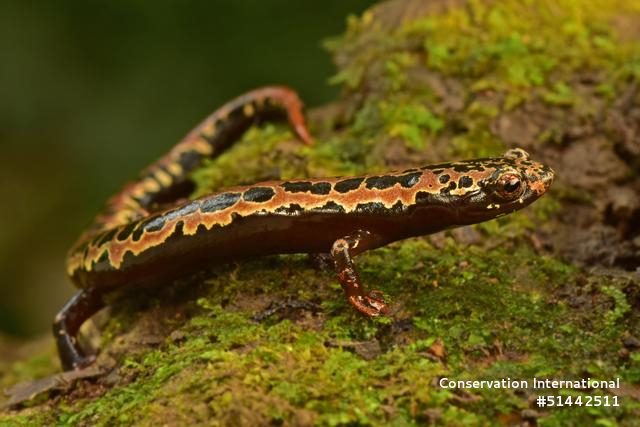 The salamander Bolitoglossa mexicana is an excellent climber and is usually found in trees and shrubs.
While commonly seen in much of North America, salamanders are rare in the Neotropics. 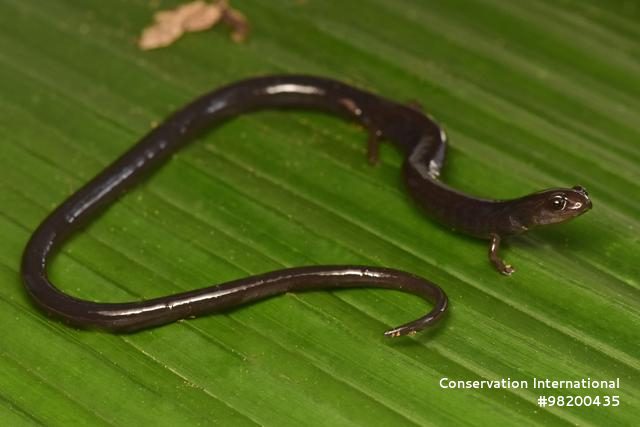 RAP in Honduras, 2017.
Check out that long tail! This species of worm salamander (Oedipina quadra) represents a top conservation priority due to its high vulnerability and restricted geographic distribution. 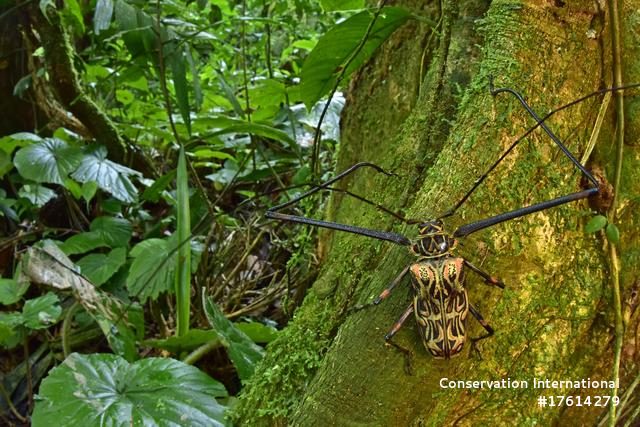 RAP in Honduras, 2017.
A male Harlequin beetle (Acrocinus longimanus). The scientific name refers to the extremely long front legs of the male, which are used to attract females. 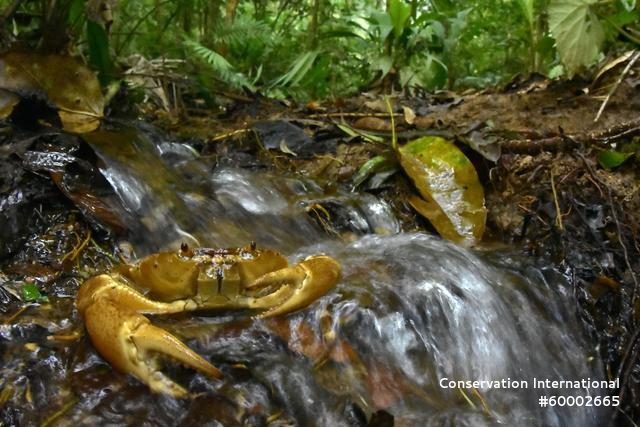 RAP in Honduras, 2017.
Fresh water crabs were common and provide important food for many animals in the area. 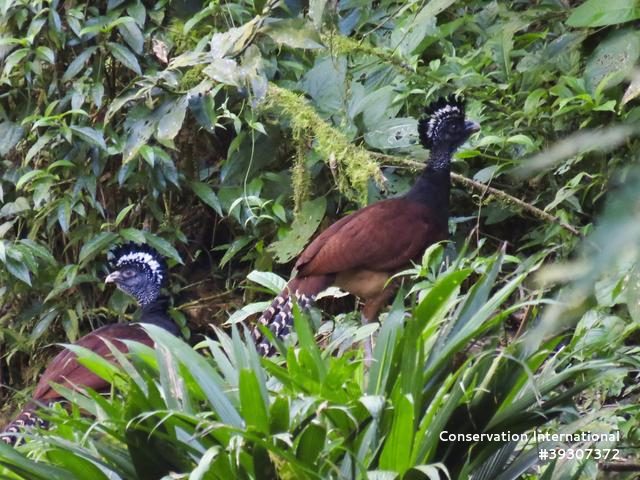 RAP Honduras 2017.
A pair of Great Curassow walking down the path looking for fruit. The Great Curassow has been depleted throughout much of its range due to hunting, but is common at Ciudad del Jaguar. 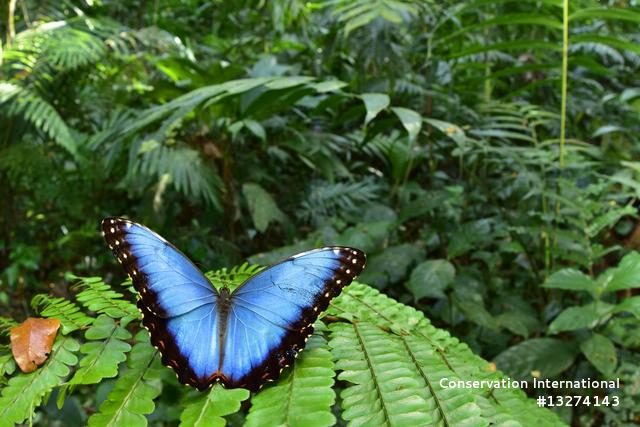 The explorer also highlights the beauty and serenity of the area. “There’s big, old-growth trees that you often just don’t see in places that are more impacted by people. So these massive trees that are hundreds or even thousands of years old, that are just overwhelming in size, it’s amazing to see.”

Related Article: A Giant Galapagos Tortoise Once Thought Extinct Reappears After a Century