Photographs Suggest Human Remains Could Still be Inside the Titanic

Are there still human remains inside the Titanic? The question lingers on. When the RMS Titanic sank on April 14, 1912, after hitting an iceberg on her maiden voyage from Southampton to New York City, 1,500 lives were lost. About 334 of the drowned were recovered in the days following the tragedy, but a great many corpses were never found.

While the assumption is that decades in the ocean would have led to total disintegration, the discovery of the wreck of the Titanic in 1985 also prompted a debate over whether there could be human remains embedded in the wreckage, two and a half miles below the surface of the Atlantic.

Photos were taken during submarine explorations of the site, and the release of some of those photos suggest that corpses were indeed dragged to the ocean floor. One photo was taken in 2004 and released in 2012, when the 100-year anniversary of the Titanic tragedy was marked. The image showed a crumpled large coat with a boot protruding from beneath its seam.

“The way that the clothes are arranged, makes it look like someone’s final resting place,” Kristina Killgrove, a biological anthropologist at the University of North Carolina, told Discovery News. These images were taken during an expedition by the National Oceanic and Atmosphere Administration (NOAA) and explorer Robert Ballard, who discovered the wreck of the Titanic in 1985.

“These are not shoes that fell out neatly from somebody’s bag right next to each other,” James Delagado, the director of maritime heritage at the National Oceanic and Atmosphere Administration, told The Associated Press in 2012. The way they are “laid out” makes a “compelling case” that it is where “someone has come to rest,” he said.

Evidence of human remains on the Titanic, over 100 years later. pic.twitter.com/QrYLUfd9RE

It was Ballard who discovered that the ship broke into two sections, almost a half mile apart. In between the two sections was a debris field, and Ballard and his men took photos of not only items from the ship but also many pairs of shoes. Later analysis suggested that the shoes were once attached to the decomposed remains of Titanic victims. 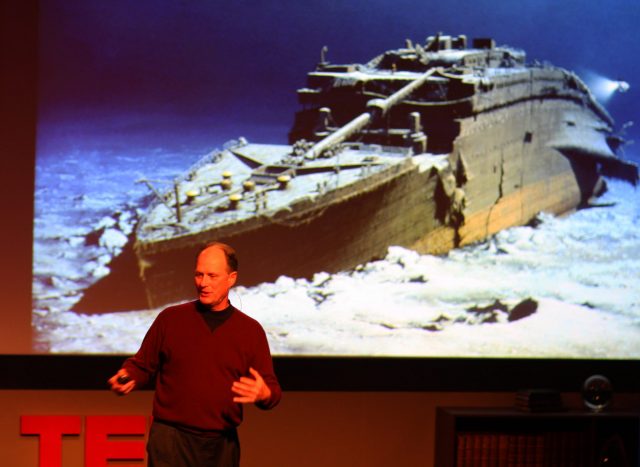 James Cameron, who directed the hit film Titanic and has performed extensive research, disagrees that there are bodies on the ocean floor.  Cameron has visited the wreck 33 times and said he has seen “zero human remains” during his explorations.

“We’ve seen shoes. We’ve seen pairs of shoes, which would strongly suggest there was a body there at one point. But we’ve never seen any human remains,” said Cameron. 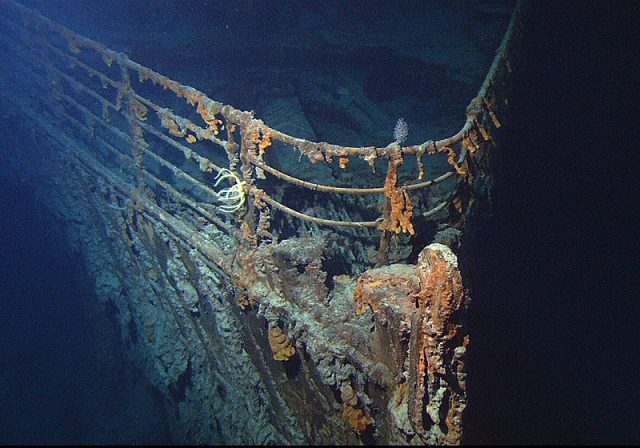 Some scientists said that at the depth, even bones would turn to sediment and dissolve. The shoes that have been found were once worn by people, certainly, but those bodies are no more. However, a theory exists that deep within the wreck, within closed cabins, identifiable human remains could be found because of the cold, pressurized environment.

Such questions were raised again recently because a number of high-priced trips have been booked for the summer of 2019 to give people a chance to see the site of the sunken Titanic, 13,000 feet down. OceanGate is one company with trips booked for a 10-day-long Titanic exploration costing more than $100,000 per person.  The OceanGate journey takes people out to the location of the wreck, and then, in small groups, on a 90-minute submarine descent to the Titanic, for about three hours of up-close examination of the wreck.

Dana Hall, marketing manager of OceanGate, told The Vintage News in an earlier interview, “We are scheduled to depart from St. John’s, Newfoundland, for the first manned expedition to the site of the RMS Titanic since 2005. Fewer people have seen the legendary vessel since it sank in 1912 than have gone to space. Over the course of six missions running June through August a limited number of citizen explorers, known as mission specialists, will be among the first in nearly 15 years to descend 3,800 meters below the surface of the North Atlantic, in the world’s only 5-person submersible capable of reaching Titanic depths, to directly observe the maritime heritage site.”

However some recent setbacks have put these trips on temporary hold.

Related Article: The Titanic Wreck was Discovered While Looking for Lost Nuclear Submarines

No one has so far  reported seeing evidence of a human victim in wrecks thanks to one of these trips. Between 1987 and 2004, seven research and discovery expeditions recovered over 5,500 non-organic artifacts from the Titanic site, including a bracelet, gloves, a napkin, a pocketwatch, binoculars, keys, a chandelier, and even menus.