For modern art fans, the name Egon Schiele is one of the most revered names. For one fan an unbelievable occurrence has transformed his life. Finding something of true and significant importance to the world at large at a yard sale or charity shop rarely happens. Buyers scour shelves and piles of “secondhand everything,” hoping to come across a rare book, or a signed movie poster from the 1930s, or a drawing that is by one of the old masters or modern art heroes.

In New York City, the unusual has happened again.  A buyer seeking out items at a Habitat For Humanity charity thrift shop in Queens took home a print of a nude young woman reclining. He decided to take photos of the drawing and submit them to an art handler, who in turn contacted a gallery for examination. Lo and behold, the drawing is an original Egon Schiele, a leading light in Austria’s expressionist movement of the early 20th century who was a friend and protege of Gustav Klimt.

“It looked old and out of shape but I loved the drawing. I loved everything about it, even the smell of that old vintage paper,” the man, who wishes to remain anonymous, wrote according to Habitat for Humanity.

“When I saw the drawing, it reminded me of the way I enjoyed sketching so it got my attention instantly,” he went on to write. When he brought the drawing home, the man says his wife loved it so much that she wanted to put it up in their bathroom. Experts say the drawing is worth at least $100k and could even fetch up to $200k. 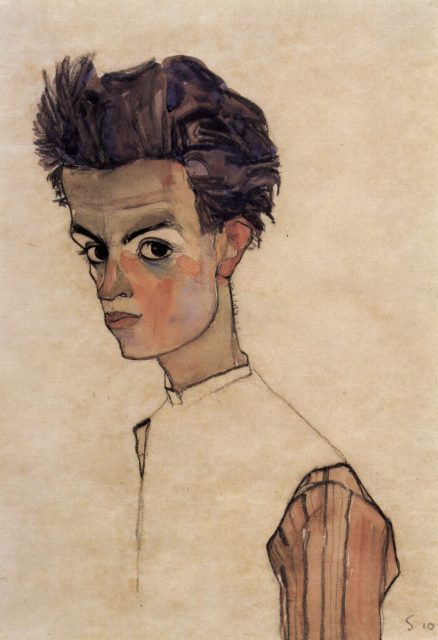 Jane Kellir, owner of Galerie St. Etienne in NYC, told the Smithsonian recently that she never gets excited when she hears of these finds, as she has seen plenty of “fakes and egregious copies.” But her gallery happens to specialize in German and Austrian expressionist art, so she was the logical expert to consult. 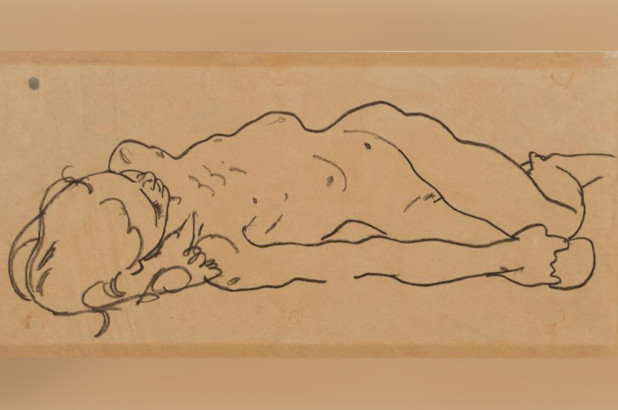 Several things about the drawing peaked Kellir’s curiosity. First, the woman in the drawing herself is oddly posed, with her ribs protruding. Schiele was known for such poses. Secondly, the kind of ink and paper used were common in Austria in the early 20th century, which is the period in which the drawing was done. The girl is nude, and even her nose gave Kellir a clue that she was assessing a true Schiele.

Kellir said, “…you look at both the foreshortening of the rib cage and the way…that little nose is pointing up…there are very few people in the history of art who can draw like that.” Kellir estimates the drawing was done in 1918, just prior to the artist’s death. It is today worth hundreds of thousands of dollars – a very lucky find for the buyer at Habitat for Humanity. 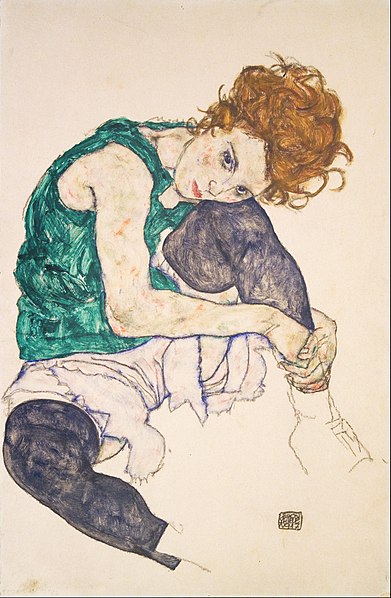 Schiele’s penchant for drawing very young women in grotesque poses got him into all kinds of trouble. Consequently, he has a legacy that is complicated, even by today’s standards. The girl in the drawing is clearly young, and using models such as she caused Schiele problems on more than one occasion. This drawing is symbolic of those problems. He was once charged with kidnapping and violating a 13-year-old girl, whom he had merely helped when she ran away from home. Although the charges were dropped and proven false, the reputation stuck, but it is one Kellir says is completely unfair. 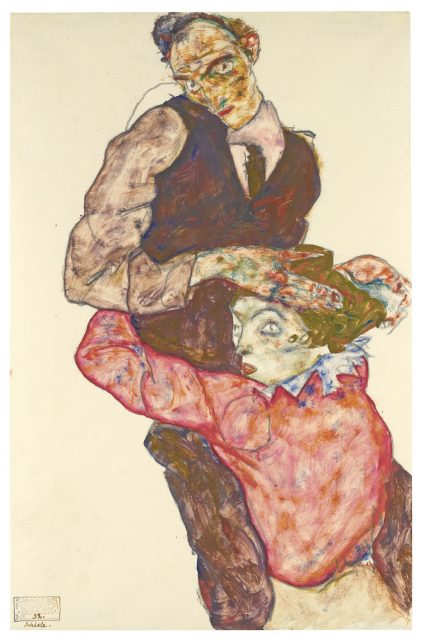 “Present day standards are so very different than early, 20th century Austria,” she insists. However, some galleries that show his work place with it an addendum of sorts, outlining his supposed misconduct. Kellir refuses to qualify Schiele’s work in such a manner, stating instead that he is a truly great artist who died too young, and should not be judged by modern day norms.

It begs an age-old question: should we hold great artists of the past accountable for what we would judge to be sins today? It is a question that demands consideration of context, the times in which the artist lived. We cannot wipe out history, or we are doomed to repeat it, as the famous expression goes. If we were to do such a foolish thing, we would erase much of the world’s great art – music, painting, sculpture, and writing – right along with it.