A little over a week ago, we celebrated the fiftieth anniversary of a truly landmark historical event, the Apollo 11 moon landing. To commemorate the event NASA and other organizations planned a wide range of special events, from meet and greets to exhibitions.

According to AirSpaceMag, space historian Robert Godwin was making his own preparations. As he was going through old footage NASA had sent him years previously, he found something he didn’t expect.  While he was scanning a copy of the internegative from the original 16 mm film from 1969, he saw something brand new. 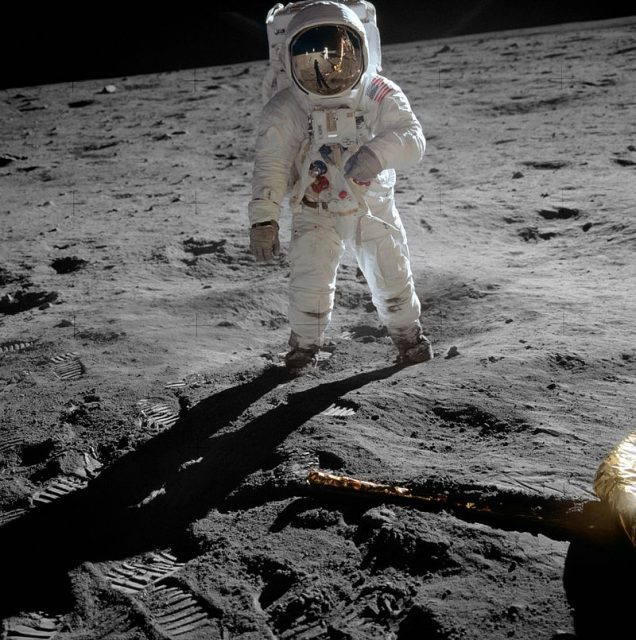 The previously seen footage that documented the moon landing was full of dark shadows which prevented viewers from seeing everything that Neil Armstrong and Buzz Aldrin were doing around the lunar module once they were on the moon’s surface.  In the video that Godwin was examining, however, he could clearly ascertain the two astronauts’ movements in the shadows just before Armstrong took the iconic photo of Aldrin standing on the moon, giving viewers the opportunity to witness activity by the Apollo that had never been seen before.

The 1969 Apollo 11 mission was to safely land men on the moon and then return them to earth, and the mission was conducted by a three man team: Neil Armstrong, who was the mission’s commander, Michael Collins, who was the pilot for the command module, and Buzz Aldrin, who piloted the lunar module.  Two interlocked spacecraft were launched and set into a lunar orbit. 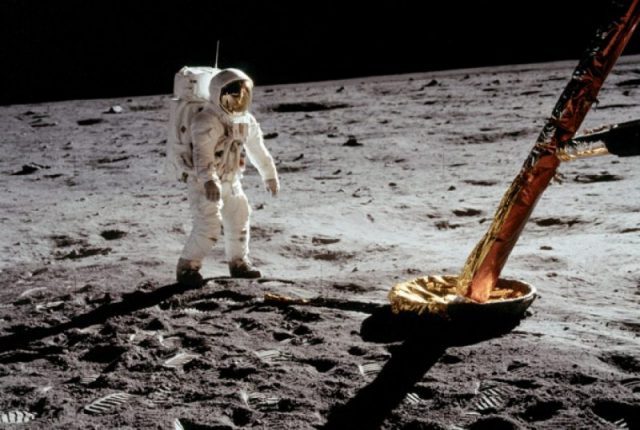 Buzz Aldrin on the moon

Once orbit was established and Armstrong and Aldrin were ready, they entered the lunar module which descended and landed on the moon’s Sea of tranquility.  Armstrong exited the module, uttering the now-famous phrase, “That’s one small step for man, one giant leap for mankind.”  Aldrin emerged soon after, and the two men spent two and a half hours on the lunar surface collecting samples before returning to the lunar module, and, eventually, to Earth. 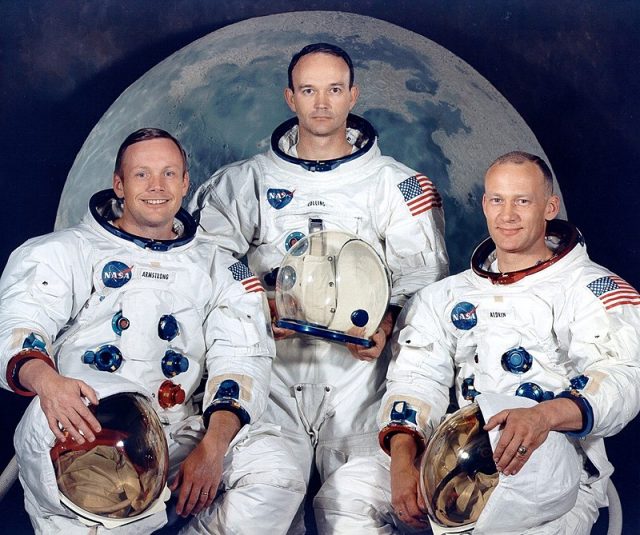 The moon landing was broadcast live as it occurred, much to the fascination of an estimated 530 million viewers from around the world, according to NBC, meaning its audience was 27 times as large as the audience who watched the Game of Thrones finale.  Because of the nature of the breakthrough and the profound global interest in the idea of putting men on the moon’s surface, the entire landing was carefully documented, both through film and through still photography.

All of the film footage has been gone over more than once in the course of the last fifty years, and a great deal of it was used in the documentary film, Apollo 11, which was produced this year as yet another commemoration of the event.  It’s hard to believe that there was anything new that could have been discovered from it, and yet, Godwin did it. You can see the new footage here at the  54:13 mark in the YouTube clip

This was a wonderful discovery for Godwin, who in the course of his life has been a college professor, club owner, the founder of his own music label, and finally, a space historian who has made a number of television appearances and written several books on the subjects of space and space exploration. Some of his titles from in the Apogee Books Space series and discuss the mission reports of several space missions, including Apollo 11.  Not only did his discovery allow him to learn a bit more about a topic that is clearly of deepest interest to him, it also provided an opportunity for others to get more of a glimpse into the both the event itself, and space exploration in general.

It’s always fascinating when we are given new insights into events which occurred long ago, whether the scale is large or small, as it not only broadens our understanding of history as a constantly-developing thing, but has the capacity to teach us new things about the world and about ourselves.