A new Youtube channel is animating the past in an interesting and exciting new way. YarnHub is taking incredible, funny and eccentric stories from history and putting a fresh new spin on them for modern viewers. One of the videos making the rounds has to do with the one and only Mad Jack Churchill. Yes, there was more than one notable Churchill fighting the Second World War, as 21st century research has proved. Amazingly it took until 2012 for the full story of Lieutenant-Colonel Jack Churchill to be uncovered. This despite a decorated and colorful military career, during which he earned the infamous nickname “Mad Jack”.

Known for battling the enemy with both a sword and bow & arrow, he was more like a soldier from the 13th century, not the 20th. He also wore a kilt and played the bagpipes in moments of high drama. Follow his remarkable story with YarnHub’s video below:

Jack Churchill was born in Ceylon, 1906. Father Alec was a District Engineer for the Ceylon Civil Service but the family moved around with different jobs, going to Surrey and then Hong Kong while Jack was a still a child. Jack was partly educated at Sandhurst and received his military commission in 1926.

As part of the Manchester Regiment, he went to Rangoon and the 2nd battalion. The Myanmar hill town of Maymyo was his next destination, where he learned to play the bagpipes. He was in the regiment until it went back to Britain in 1936, 3 years before the outbreak of World War II. Jack then lost interest in military service and retired, playing the pipes professionally and attracting attention for his archery skills.

When the spectre of Hitler rose, he was a world class archer so it made sense for him to take his English longbow to the frontline. Though he also used modern weapons, he went down in history as the only WWII serviceman to despatch opponents with arrows. One incident, part of the Dunkirk retreat of 1940, saw him killing two German soldiers in a thicket at a range of approx. 200 yards. 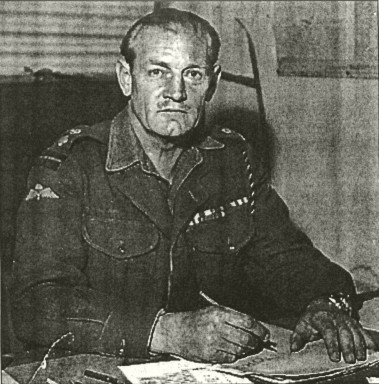 In 1943 and shortly after being given the rank of Lt-Col, Churchill took part in the Salerno beach landings. He was armed with his trusty broadsword. Mad Jack was famous for his remark that “any officer who goes into action without his sword is improperly armed.” A photo taken by the War Office shows him charging onto the beach during a training exercize 2 years earlier.

The Italian mission gave Churchill arguably his greatest achievement – the capturing of a 42-strong garrison, who no doubt saw his blade and got something of a shock! The Daily Mail reported in 2012, “Alongside a corporal named Ruffell, he took 42 German prisoners and captured a mortar post using only his sword, taking one guard as a human shield and then creeping between sentry posts and forcing the soldiers to surrender.” 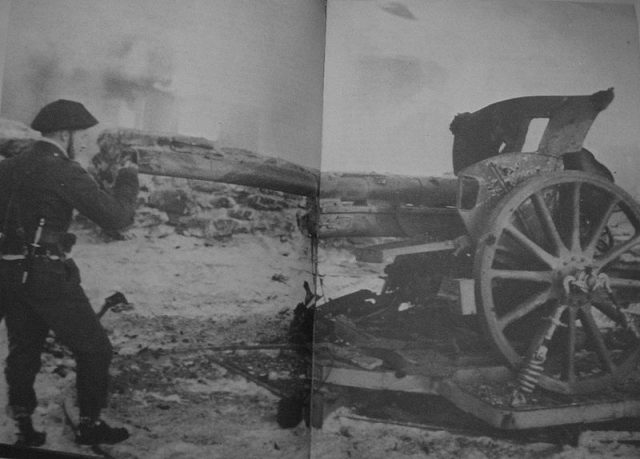 His sizeable luck ran out the following year on the Croatian island of Brac in the Adriatic. Ascending the Vidova gora mountain on a mission to battle the Führer’s forces, he was caught and imprisoned after a devastating mortar attack. Churchill was taken to the Sachsenhausen concentration camp in Oranienburg, where he made a failed escape attempt after tunnelling out with an RAF officer. He was moved to a POW camp in Austria and managed to get away during a power failure and back to freedom.

With such a catalogue of derring do, Churchill could be considered a quintessential hard man. Yet he also had a sensitive and playful side to his character. After his death in 1996, the Telegraph wrote that he was “an avid reader of history and poetry, knowledgeable about castles and trees, and compassionate to animals, even to insects.” 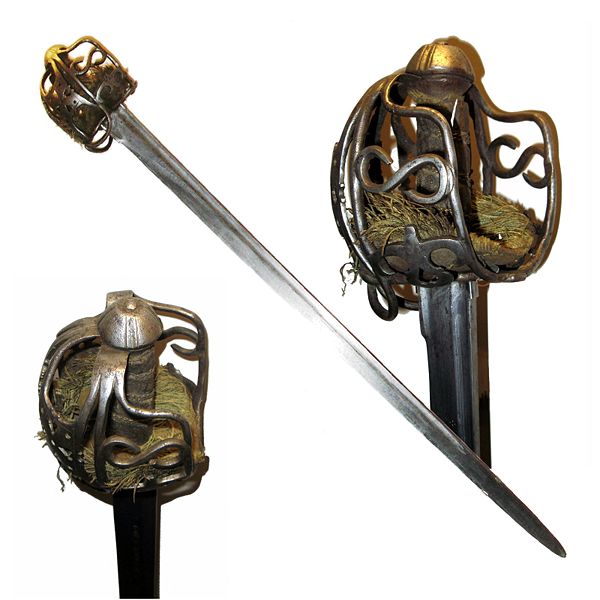 A Scottish basket-hilted broadsword, of the kind used by Churchill.

His treatment at the hands of Germans was rough but he wanted to compliment one of his captors, Captain Hans Thornerr. Churchill reportedly wrote to him, “You have treated us well. If, after the war, you are ever in England and Scotland, come and have dinner with my wife and myself.” Thornerr went on to face execution by the Yugoslavs for war crimes. The reading of this note led to his life being spared.

That being said, Churchill was a formidable adversary and war hero who received honours including 2 DSOs (Distinguished Service Orders, one for Salerno) and a Military Cross. He wanted to die in battle and was reportedly disappointed when the war ended, robbing him of the chance!

Related Article: YarnHub Video Brings one of the Most Incredible WWII Stories to Life

He retired in 1959, spending his remaining years working on boats, both full size and radio-controlled. Churchill even became a movie star of sorts, making several appearances on the big screen – most famously as an archer in Ivanhoe (1952). He passed away in Surrey aged 89.

“People are less likely to shoot you if you smile at them” is another quote attributed to this sword-wielding, bagpipe-playing legend. This perhaps forms the perfect epitath to “Mad Jack” Churchill. Someone who combined the best of humanity with the spirit of the Blitz.