It is a treacherous journey to reach the ‘Into the Wild’ bus. But for some brave souls, it’s worth it. In May 1990, a young man named Cristopher McCandless graduated from college, donated his savings to charity, and set out hitchhiking across the American West and into Canada. Two years later, early in September, two hunters found his body in a rusted-out bus in Alaska, 30 miles from the nearest town. McCandless had been in Alaska for about four months before he met his end of starvation. When his body was discovered, nearly three weeks after his estimated date of passing, it only weighed 67 lbs. and had no discernible fat.

He left behind a sketchy journal, documenting the 114 days he spent living in the bus, which was marked as Fairbanks 142, and his story generated both a widely-read book and film starring Emile Hirsch directed by Sean Penn. Those, in turn, led to the bus where he spent his final days in the Alaskan wilderness becoming an unorthodox, and even somewhat macabre, tourist attraction.

Of course, all the same challenges that McCandless was faced with still exist in that location – mostly related to the terrain and the weather – making the pilgrimage there equally hazardous to the tourists who want to travel in his footsteps.  A certain number of those tourists don’t make it in their attempts to reach the site. 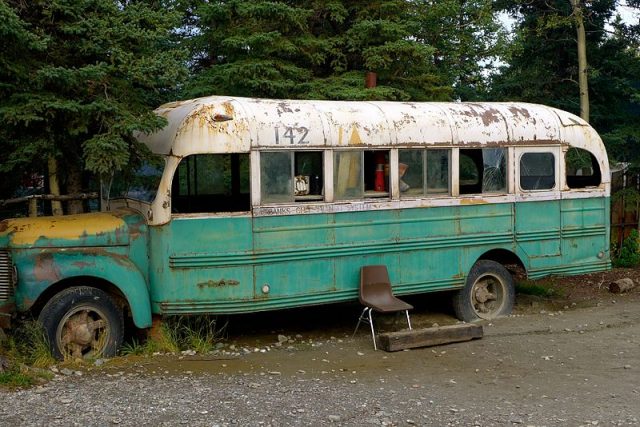 Replica of the school bus that Chris McCandless lived in, this one was used for the filming of Into the Wild. Photo by Madeleine Deaton CC by 2.0

The most recent fatality was reported by Outside Online, and just recently occurred on July 25th 2019. Veranika Nikanava, a 24-year-old woman from Belarus, and her husband, were making the trek, when she lost her footing while crossing the Teklanika River, and was carried away. Her husband, Piotr Markielau, was able to get to shore and retrieve his wife’s body further downstream, then contact the Alaska State Troopers to come and get them.  The couple had only been married a month.

The Taklanika River runs fast and cold, and crossing it is one of the most dangerous parts of making the pilgrimage.  Even though there is sometimes a rope strung across it to help hikers make the crossing, it’s easy to lose one’s footing and, like Nikanava, fall victim to the swift currents. A Swiss hiker, Claire Ackermann, drowned in 2010, in a similar manner.

A group of hikers taking a break at Bus 142 along the Stampede Trail. Photo by Erikhalfacre CC by SA-3.0

In the winter, when McCandless made his crossing of the river, the water is lower.  In the warmer seasons, however, melting snow causes the water to rise and the current increases as a result.  It was that very phenomenon that trapped McCandless and indirectly led to his untimely end. He couldn’t get back across to return to more inhabitable land.  Most hikers who undertake the same trip do it in the summer. 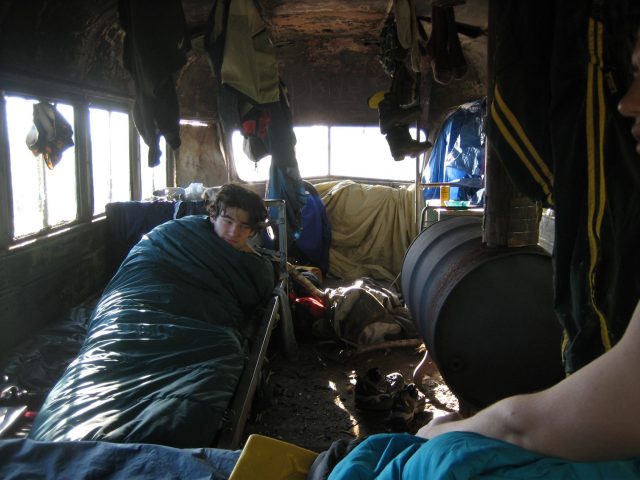 Camping inside the Fairbanks 142 bus. Photo by Paxson Woelber CC by 2.0

Aside from the two unfortunate people mentioned here, there have been scores of hikers who have come to make the trip and subsequently come to grief, if of a less-lethal variety.  Local law enforcement is forced to come and rescue a number of them every summer season.  Some come away from the experience with bruises and scrapes, but others sustain more severe injuries. 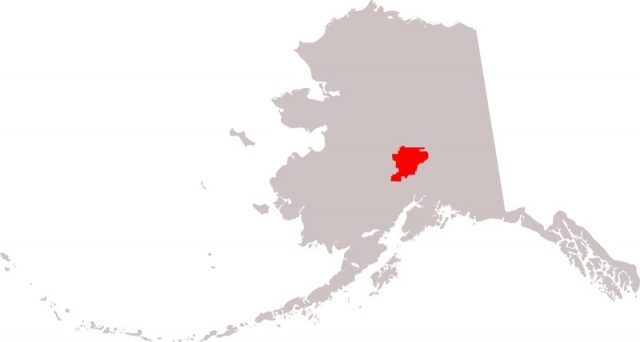 Location of Denali National Park in Alaska, the site of the bus.

What is it about McCandless’s story that strikes such a deep chord with so many people from around the globe?  According to the Guardian, some of those who make trip seem to view it in terms of a quasi-religious experience. It’s believed that some of those who make the trip to the “magic bus” also camp there and even deprive themselves of food.

Jon Krakauer’s book, Into the Wild, and Sean Penn’s subsequent film are largely responsible for the interest in McCandless’s experience.  The book was written using only the scant and rather cryptic journal entries McCandless left behind and the various rolls of pictures that were also discovered.  The end result is a rather romantically tragic work that speaks to many people’s occasional desire to break free from their social constraints and experience life at its most basic.  They feel that McCandless’s striking out into the unknown with only nine pounds of rice and minimal other supplies exemplifies the quest for essential experience and self-knowledge.

Others are not fans. Craig Medred, a writer for the Anchorage Daily News, sees McCandless in a shockingly different light, calling him, among other things, a scofflaw, a poacher, and a thief.   Medred notes that long before McCandless made it to Alaska, he was already living as a street person, choosing to survive through panhandling and even less-legal means.  In Medred’s view, he was little more than a thoughtless, entitled, and woefully unprepared young man who was also, very possibly, severely mentally ill.

Related Article: Mount Everest has Claimed over 300 Lives and is Way Overcrowded Today

He’s not the only one who looks on Into the Wild with a jaundiced eye. There are folks in Alaska who think the bus should be destroyed, or at least removed, to stem the tide of hikers who want to follow in his footsteps. The question is whether that would actually make a difference, given that for many of those hikers it’s the journey, itself, that is the real point.