Christine Glaßner from ÖAW (Austrian Academy of Sciences) was researching ancient manuscripts in the Abbey’s archive when she found the poem, or rather some of it. According to Smithsonian Magazine, she identified “a long thin strip of parchment on which a few letters per line are visible”, meaning that “The parchment on which the poem was written was cut up and reused as binding in a Latin theological text.” 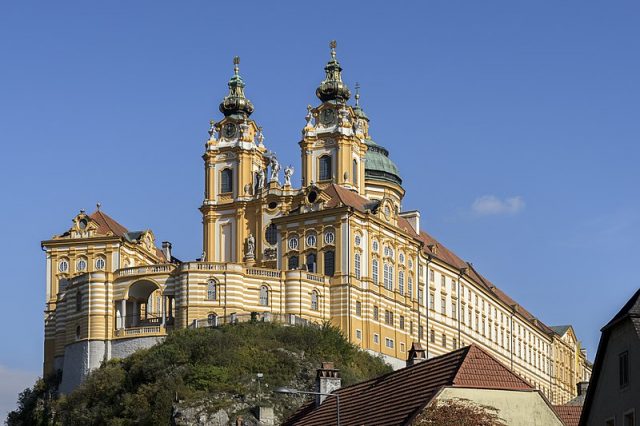 Such recycling was standard practice – though it’s unclear whether religious thrift or censorship is the reason for it winding up in a bind. The poem may have been innocently cut up or its controversial content hidden from view. Either way parchment was too valuable to waste, with even controversial subject matter subject to economic forces. 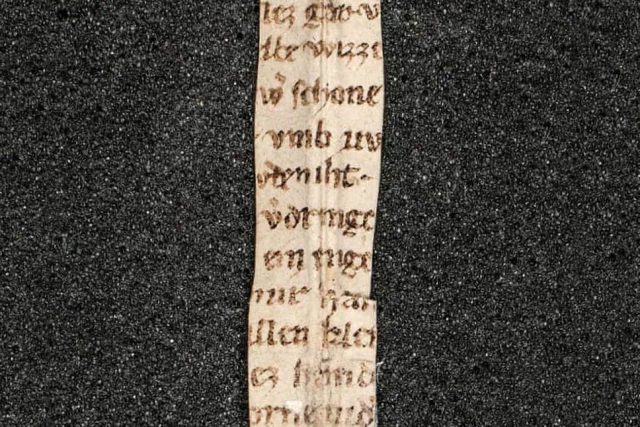 The question on everyone’s lips concerns the subject of Der Rosendor. Put simply, it has been compared to today’s Vagina Monologues. Presenting readers with the tale of a woman arguing with her private parts, it is viewed as surprisingly sophisticated. What are the two parties in dispute about? The woman, a virgin, believes men are drawn to her attractive appearance. Whereas the expressive vulva puts male interest solely down to itself.

Smithsonian quotes Glaßner, who says “At its core is an incredibly clever story, because of the very fact that it demonstrates that you cannot separate a person from their sex”.

A resolution is reached, though it isn’t as progressive as it seems. The narrator of the tale is a man and it is he who brings the two sides of the argument together… quite literally. The article comments, “The narrator then steps in to offer his aid, and —in a moment that in 2019 that reads, decidedly, creepy—pushes the two back together in a less-than-chivalrous manner.”

Der Rosendor is a far cry from what the Academy’s release calls the “love poetry of minstrelsy”. And long before the Vagina Monologues appeared talking genitalia were popping up through history, though this Medieval find makes it the earliest. Most notably the 1748 novel Les bijoux indiscrets goes as far as depicting a magical ring that gives said organs the power of speech. The Rose Thorn has the dubious distinction of being German literature’s first known case of a verbose anatomy.

The find certainly puts today’s racy climate in context, though it should be pointed out that historians have been lifting the lid on medieval society for a long time. However, further hard evidence of this convention-defying poem underlines historical reality in a way no amount of dry explanation ever could.