Sketches hidden underneath a famous painting by Da Vinci that hangs in London’s National Gallery, The Virgin On The Rocks, recently revealed secret treasures for art historians. It was fairly common in the artist’s day for painters to draw sketches on the canvass before committing paint to it, but in this case, those sketches have shown that he changed his mind about the positioning of his subjects, the Virgin Mary and Christ. 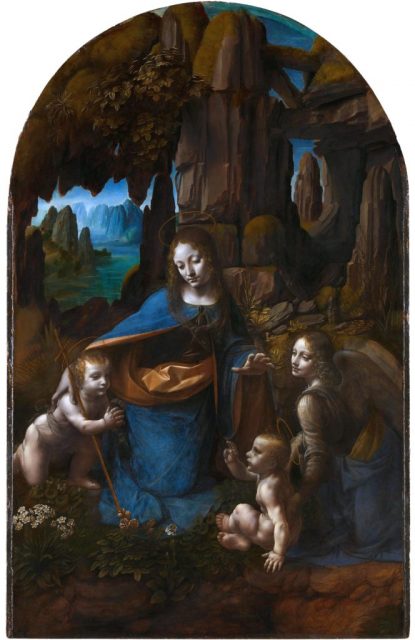 How the sketches were revealed was explained by gallery officials in a press release sent out in mid-August: “These new images were found because the drawings were made in a material that contained some zinc, so it could be seen in the macro-xray fluorescent maps (MAX-RF) showing where this chemical element was present, and also through new, infrared and hyper-spectral imaging.” The gallery was examining the painting as it prepares to launch a new Da Vinci exhibit in November. 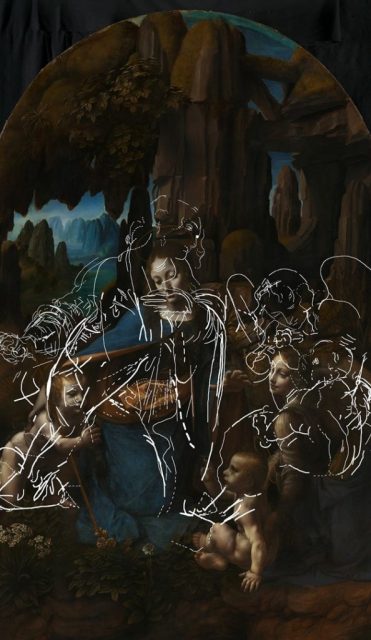 The lines show the sketches for the first composition. Photo courtesy of the National Gallery, London.

Notable changes revealed by the sketches that Da Vinci first considered using were to how the subjects, Mary and her infant child, the baby Jesus, as well as a protective angel who hovers nearby. The gallery explained: “The angle of the infant Christ’s head was changed so that he was seen in profile, while some parts of the angel’s curly hair were removed.

“In the abandoned composition,” the press release continued, “both figures are positioned higher up, while the angel, facing out, is looking down on the infant Christ with what appears to be a much tighter embrace.” 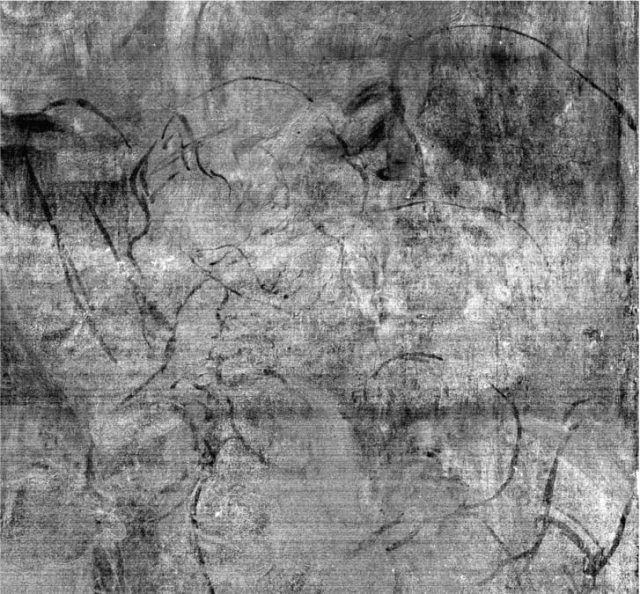 Detail from imaging data of Leonardo’s painting revealing the drawing for the angel and baby of the first composition. Photo courtesy of The National Gallery, London

The gallery’s exhibit, entitled “Leonardo: Experience A Masterpiece,” runs from November 9th until January, 2020. It will explore The Virgin On The Rocks in four ways; light and shadow, how the artist was feeling and thinking when he painted it, and other unique approaches to the masterpiece. The just-revealed compositions will also be shown to viewers. The painting itself was done twice by Da Vinci, once in 1483, which hangs in the Louvre in Paris, and the one at the National Gallery, which experts say was painted between 1495 and 1508. 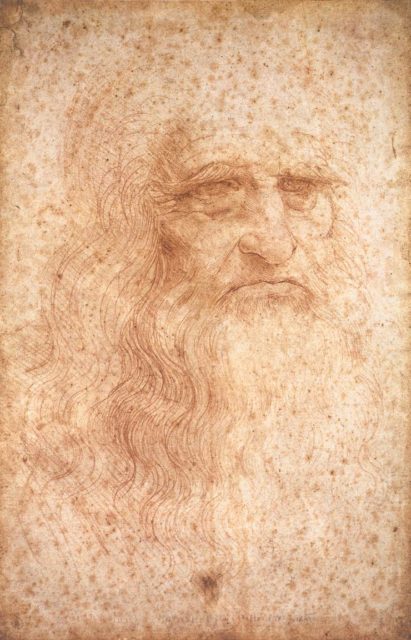 Da Vinci is considered one of the finest paintings of all time, though relatively few (about 20) of his painting still exist. They are mostly in museums, at least the framed paintings, in Europe, in Italy as well as London and Paris. His two most famous paintings, perhaps, are The Last Supper, painted on a wall at the Santa Maria delle Grazie, and the Mona Lisa, which hangs at the Louvre and is seen by approximately six million people per year.

Unlike many artists of his time and of course even today, Da Vinci was not a cliche in the “starving artist” mode; he had many clients, including royals and church officials. The Mona Lisa, art historians say, was Da Vinci’s favorite painting; he continued adding touches and minor changes to it until his death in 1519, at the age of 57. 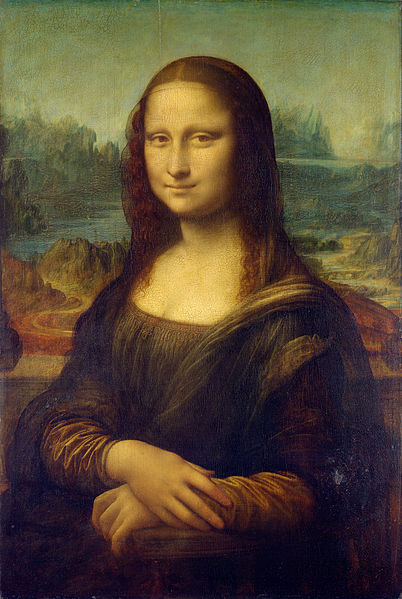 When he died, he left the painting to his assistant, who then sold it to the king of France. It was in the collection of the French royal family for years, then sent to the Louvre after the French Revolution. It is perhaps the most-discussed and studied painting in the world, because of the subject’s mysterious smile, and her identity. Like so many matters in today’s conspiracy-obsessed world, some thought her to be based solely on Da Vinci’s imagination, or – unbelievably – a man in drag. What most experts believe to be the truth is much less provocative; his subject was the wife of a wealthy silk merchant, who was a patron of Da Vinci.

Not all of his painting are subject to such silly rumor and speculation, thankfully, but all are admired, treasured and even loved by art experts and the general public alike. The exhibit at the National Gallery will offer viewers the chance to truly examine, experience and understand one of Da Vinci’s greatest works, up close and personal, the way all great art is meant to be experienced.