Do moon rocks hold the key to the moon landing conspiracies? The fiftieth anniversary of the Apollo 11 Moon landing occurred this summer and there are still people that claim it was a hoax.  In 2002, taxi cab driver, filmmaker and lunar landing denier Bart Sibrel had the audacity to approach Buzz Aldrin, the second man to step on the Moon, and argue that the landing was a fake and even went so far as to call Aldrin “a coward, and a liar, and a thief!” according to americanmilitarynews.

Aldrin attempted to get away from him but Sibrel kept chasing after Aldrin to the point where Aldrin was so annoyed that he turned around and punched Sibrel in the face.  Sibrel pressed charges against the astronaut but the Los Angeles County District Attorney’s office threw out the charges due to evidence that proved Sibrel was harassing Aldrin. 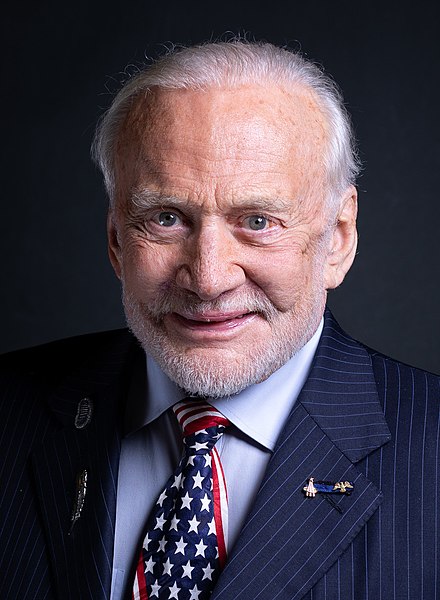 Professor Trevor Ireland, space rock specialist and Australian National University scientist is also exasperated about Moon landing deniers.  According to The Sun, Ireland stated, “Any attempt to make Moon rocks in a laboratory would be a monumental failure and likely cost more money than it took NASA to get to the Moon and back. The lunar soil is like nothing we have seen before on Earth.  It is the result of eons of bombardment on the surface of the Moon.” 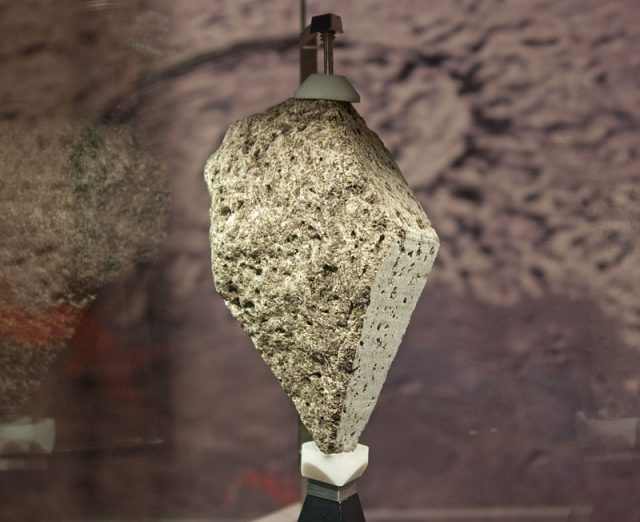 Lunar Olivine Basalt 15555 sample collected from the moon by the Apollo 15 mission. Formed around 3.3 billion years ago. Photo by Wknight94 CC by SA-3.0

To that, naysayers claim an unmanned spacecraft was sent to pick up rocks with built in tools which Ireland thinks is ridiculous.  NASA is in possession of over eight hundred pounds of lunar rocks which are still being analyzed.  He claims that the only way to have brought back that much evidence from the Moon was from seven landings with astronauts selecting specific rocks: “Getting this amount of material back to Earth is just as difficult as getting the 21 Apollo astronauts on seven missions to the Moon and back to Earth.” 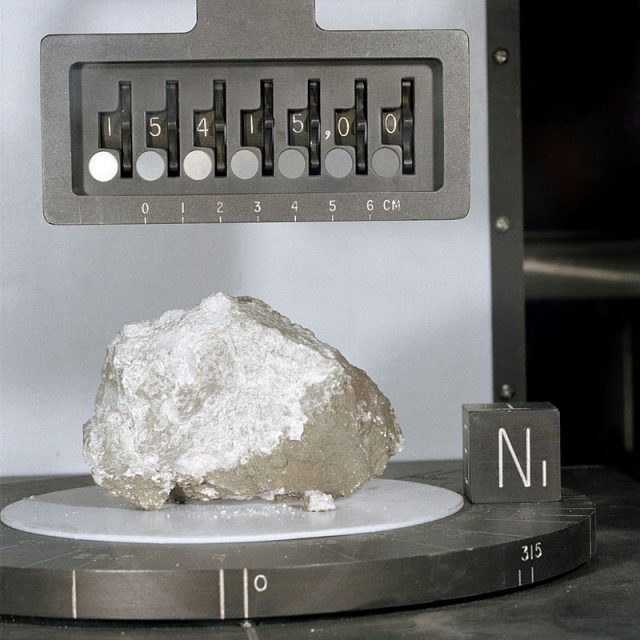 Genesis rock taken from the moon during Apollo 15 mission. It was formed in the early stages of the Solar System, at least 4 billion years ago.

Bill Kaysing, a former employee of the company that was instrumental in the design of the Saturn V rocket engine published a story, We Never Went to the Moon: America’s Thirty Billion Dollar Swindle in 1976.  Most of the conspiracy theories that are still going around were started by this story and it is believed he was the one to start the whole movement.  Kaysing died in 2005 but his claims not only remain but have been expanded by many who don’t believe the official story. 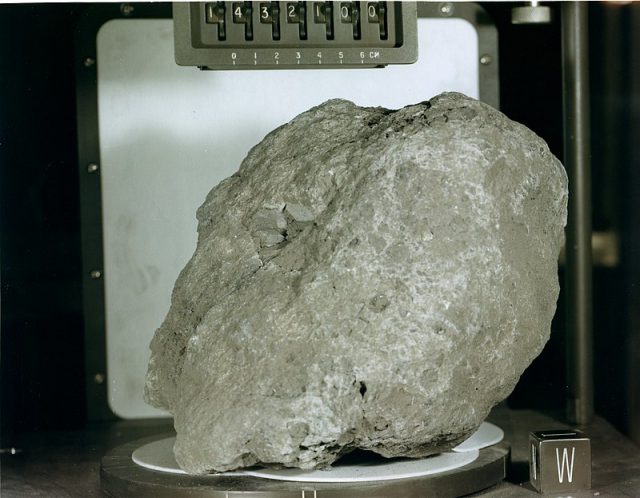 Big Bertha, collected on Apollo 14, is among the largest rock samples returned from the Moon (nearly 9 kg / 20 lbs)

As no cameras are visible in the majority of the photos taken on the Moon disbelievers such as Kaysing believe this proves they were actually taken on earth by other people.  The cameras were built into the front of the spacesuits to make it easier for the astronauts to use them while wearing large, cumbersome gloves.

He claimed the photos brought back were fake because there are no stars visible.  That is easily explained by the shutter speeds used by the astronauts’ cameras.  It was so high that the tiny dots of light of the stars would never have shown up. This was 1969 and digital images were not yet possible.

The lack of a crater under the lunar lander also raised questions in Kaysing’s mind.  The lunar lander was not a full sized rocket like the one that blasted off from earth.  As it landed on solid rock with low level thrust, it would have been impossible to leave a crater.

Another claim is the fact that films show the flag planted on the Moon seems to wave but there is no wind on the Moon.  The flag had just been planted in the video in question and had yet to stop moving from being touched because of the lack of atmosphere. As well there was a rod implanted across the top of the flag, suspending it in the air.

Related Article: NASA Giving Away Apollo-Era Saturn Rocket to Anyone who can Carry it Out

The fact that the shadows on the Moon were not uniform as they are on earth gave rise to the idea that the shots were made in a room with several light sources.  Not only are these people forgetting the fact that the atmosphere and light on the Moon are not like the earth but are easily distorted.  Each object casts only one shadow disproving the multiple light theory.