Martin, Aston Martin, driven by Bond, James Bond. Since 1962, the James Bond franchise has been a profitable example of always outrageous, sometimes campy spy movies that have survived changes in audience tastes, political trends and superhero domination of the box office.

They have, over the years, earned billions for their producers and made stars of a series of hunky actors who’ve donned the title role. That list includes Sean Connery, whose Scottish accent was so thick the director couldn’t let him utter more than a line or two at a time for fear no one would understand a word he said, all the way to today’s James Bond, Daniel Craig. 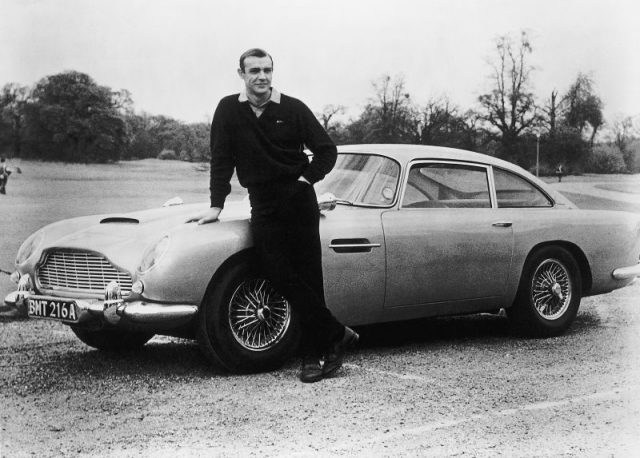 Almost as famous as the Bond character are the ingenious toys he uses to fend off villains – remember the tire disabling mechanism that popped out from his vehicle’s hub caps? — and the car he drove, an Aston Martin DB5.  An exact copy of the car used in 1965 on the film set of Thunderball, taken to promotion and publicity appearances, just sold at a classic car auction in Monterey, California, for a jaw-dropping $6.4 million (USD).  The buyer’s name (or the seller’s for that matter) has not been released, but it’s clear that whoever purchased it is an avid Bond fan with money to burn.

The auction was filled with excitement as six auto enthusiasts engaged in a four and a half minute bidding war to own the DB5, which long ago had been dubbed the “most famous car in the world”. In the end the astronomical amount of $6.4M exceeded all expectations and broke the auction record for an Aston Martin sales price. 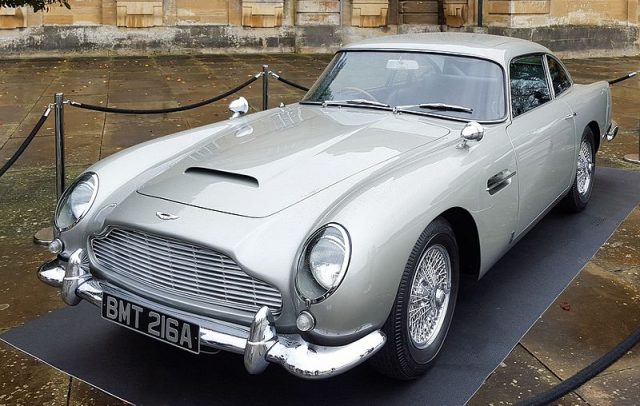 The auction house responsible for the sale, RM Sotheby’s, had a “star” lot of classic cars on the block in mid-August, of which the DB5 was part. The lot was expected to fetch more than $380 million (USD) for the 100 cars in it. The Aston Martin, although not the most valuable in monetary context, was certainly the most famous. 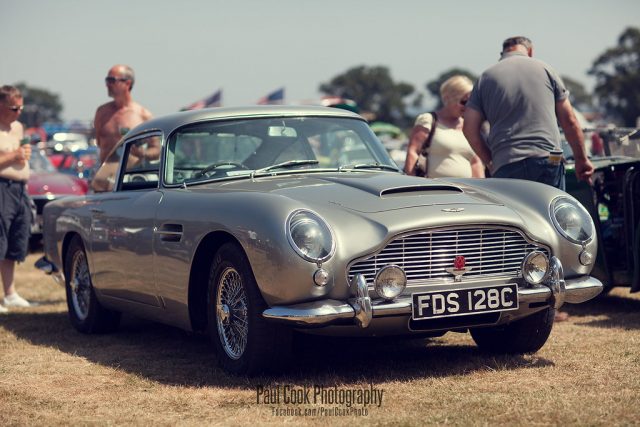 Auctioneer Barney Ruprecht told The Guardian after the sale that he was delighted by the amount paid for it. “We are beyond thrilled,” he enthused, “and proud to have set a new record for the most valuable DB5  sold at auction. Beyond this new auction record, the enormous amount of interest in the car and excitement surrounding it ahead of the auction, solidifies its status as the ‘most famous car in the world,’ along with the collector car hobby’s great respect for the Aston Martin brand.” 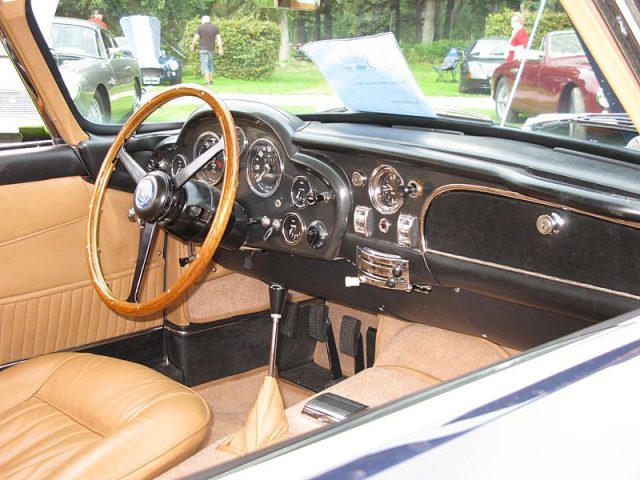 One individual who loves the car is the original – and best, many would argue – James Bond himself, Sean Connery. Connery told The Guardian, “These DB5’s are amazing. I remember the Furka Pass tire shredding (in a car chase in Thunderball) as well as the promotional events with these cars – they have become increasingly iconic since Goldfinger and Thunderball. In fact, I bought a very fine DB5 relatively recently.” High praise from the man who helped make the Aston Martins famous all those years ago, and clearly their reputation as one of Britain’s finest cars has not diminished.

Although the one sold in Monterey is not the precise car used on location for the Bond films, it is indeed an identical copy, with some of the bells and whistles still attached, 13 of them, to be exact.  It has, for example, a Browning 30 calibre machine gun in each bumper, tire slashers on its wheel hubs, and even a bulletproof screen that can be raised to cover the rear windshield. Plenty of toys for the driver, but one cannot help but wonder if any of them are legal on the road in California.

For all the excitement and furor surrounding the sale, it was – unbelievably – not the priciest vehicle that was part of the “star” lot at the auction. That distinction goes to a “road legal” (as Ruprecht referred to it,) silver McLaren F1, another British car. Ruprecht said it might fetch as much as $22 million (USD), an astounding figure for even the most outstanding car on the road.

Obviously, these purchasers aren’t particularly interested in or concerned with reliability; they are obsessed with items that are different, famous, and/or one of a kind. If the car has a famous person attached to its history, so much the better. But in California, where movies are king and everyone wants a story to tell, owning an Aston Martin DB5 with a link to James Bond is worth any price tag, in spite of practicality.