A new trailer has been released for Star Wars: The Rise of Skywalker. Fresh from its star-studded debut at Disney’s D23 Expo, the Episode IX “teaser” celebrates what for many will be the end of an era.

Bringing the classic storyline to a close, it shows a montage of clips from the original trilogy, together with the prequels and of course more recent events courtesy of The Force Awakens and The Last Jedi. Billy Dee Williams reprises his role as Lando Calrissian in the character’s first appearance since Return of the Jedi (1983). Williams isn’t seen in the latest release but was pictured in the first trailer earlier in the year. 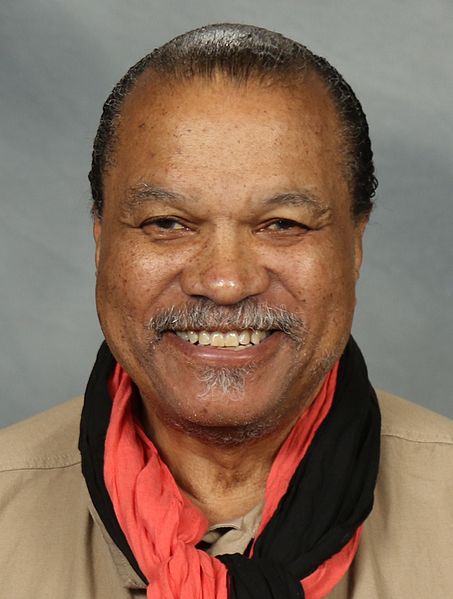 In terms of new material, the sound of a sinister voice suggests the presence of Ian McDiarmid as the evil Emperor Palpatine. A brief glimpse of the late Carrie Fisher as General Leia Organa shows she will be very much part of the action. Her role is made up of unused footage from the previous two movies.

Meanwhile the sight of Rey (Daisy Ridley) wearing a dark hood and brandishing a double ended red lightsaber has generated excitement amongst fans. Star Wars has a tradition of hooded Sith villains, from Palpatine to Darth Maul. Throw in Maul’s weapon of choice and it appears a journey to the Dark Side is in store for the franchise’s heroine. 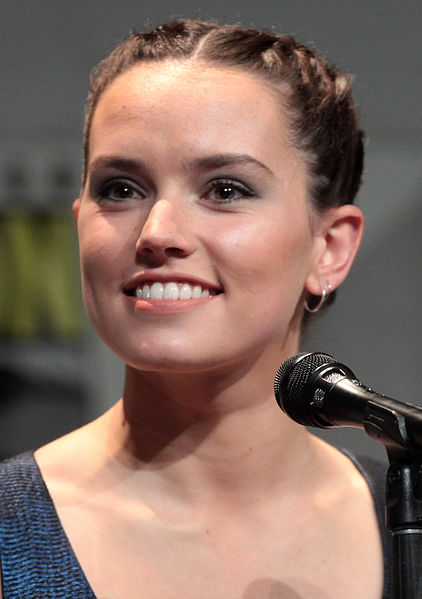 Ridley herself was surprised to see this key shot in the trailer. Speaking to Cinema Blend at the Expo she revealed the team gave her a sneak preview with no warning: “I watch, and went [inhales deeply] ‘Oh my god, are you really putting that in there?’ That was my reaction. And then watching it today, it was weird because I felt nervous with it coming because I knew it was going to be. And then hearing the audience reaction was amazing.”

Whether Rey will become a fully-fledged big bad is up for debate, but one thing is certain. She’ll be battling black sheep of the Skywalker family Kylo Ren (Adam Driver). The trailer depicts a dramatic lightsaber duel between the pair on top of a spacecraft surrounded by crashing waves. Rey is believed to have her own connection to the clan. Could the rising Skywalker in question be her…?

Episode IX may close the book on Luke and co but Lucasfilm and Disney keep turning the pages. A new trilogy is in development with Game of Thrones head honchos David Benioff and D.B. Weiss.

Kathleen Kennedy and Michelle Rejwan produce with returning co-writer/director J.J. Abrams. Previous instalment The Last Jedi was directed by Rian Johnson. While it received plaudits, sections of the fanbase were angry at Johnson’s expectation-defying approach. The backlash is said to have possibly affected the box office performance of 2018’s Solo: A Star Wars Story. After Colin Trevorrow (Jurassic World) left the helmer’s chair of Episode IX, Abrams got a call to finish what he’d started with The Force Awakens.

Related Article: Hollywood expected “The Other Side of Midnight” to be the hit of 1977, not a kooky mashup of Flash Gordon and spaghetti Westerns titled “Star Wars”

Other Star Wars-related treats unveiled at the Expo included a trailer for web TV series The Mandalorian and a surprise announcement that Ewan McGregor will come back as Obi Wan Kenobi for a small screen outing. Both will be streaming on new service Disney +. The House of Mouse is pulling no punches taking on the likes of Netflix and Amazon Prime Video, with a raft of offerings based on its Star Wars and Marvel franchises.

Other than the trailer, Star Wars: The Rise of Skywalker will be released on December 20th. The aforementioned cast are joined by John Boyega (Finn), Oscar Isaac (Poe), Joonas Suotamo (Chewbacca), Anthony Daniels (C-3PO, with Jimmy Vee as R2-D2), Lupita Nyong’o (Maz Kanata), Domhnall Gleeson (Hux) and Mark Hamill as Luke Skywalker. Matt Smith was reportedly cast but then denied being involved. New faces in the mix include Richard E. Grant, Keri Russell and Billie Lourd.