YouTube channel YarnHub has brought a haunted stove to life in their latest animated video. Yarnhub takes popular history and condenses it into lively, entertaining short videos using fantastic animation, voice over and graphics. Their latest creation tackles a particularly bizarre event concerning the Zaragosa goblin stove of 1934. The case was eventually resolved, but the cause proved as bizarre as the mystery everyone was talking about in the first place. In fact talking is a good starting point, as voices play a key role in the story.

This unnerving tale began with an ominous male voice. The disembodied intruder was heard laughing like a maniac in the apartment of Mr and Mrs Palazón. “He” then called the name of their maid Pascuala Alcocer, proving it was far more than just noise from the neighbors.

A 2015 Mental Floss article describes how things escalated into something from a horror movie, saying “what made the case so mysterious was how the voice interacted with people in the Palazóns’ apartment. Within a month of surfacing, the voice was asking and answering questions. It developed something of an obsession with the family’s young maid”.

Watch what happens next with the haunted stove on Yarnhub. The ending is simply too strange to believe:

The Palazóns and Pascuala were at the verbal mercy of a seemingly supernatural presence. The culprit was believed to be a ‘duende’, or elf/goblin. And it wasn’t the usual type of movie monster, who terrorized folk in private and clammed up when visitors popped round. The so-called duende was happy to mouth off in front of anyone who’d listen!

The unwanted houseguest was particularly audible when opening the stove, leading to “him” being associated with the kitchen. Though when police arrived to investigate they found themselves conversing with a chimney. Reportedly the exchange went as follows:

“Who are you? Why are you doing this? Do you want money?” the policeman asked.
“No,” came the unearthly reply.
“Are you looking for a job?”
“No.”
“Then who are you, what is it that you want, man?”
The response could have chilled the bones of the toughest cop on the beat. “I am not a man.” 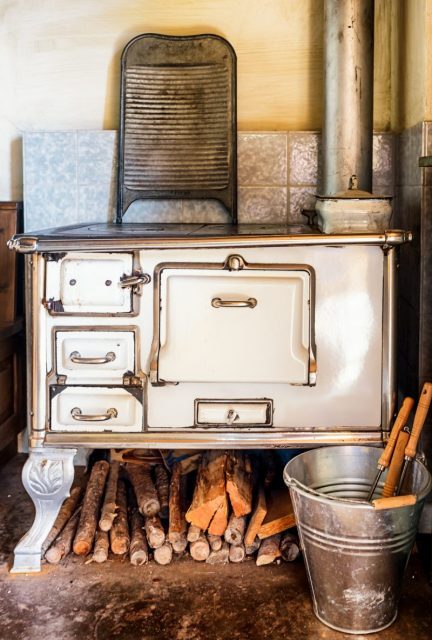 If stove’s could speak….

After this the apartment received significant media attention. Not only from a Barcelona radio station – who had the idea of doing an interview with the creature – but also the Times of London, who published several articles on the subject.

Experts were sent in to find the duende, or at least whoever was pretending to be one. This resulted in another unsettling, yet strangely practical, interaction. Mental Floss writes that, “When one worker commented that the chimney opening should be measured, the voice reportedly said ‘You need not trouble, the diameter is just six inches.’ This turned out to be accurate.” 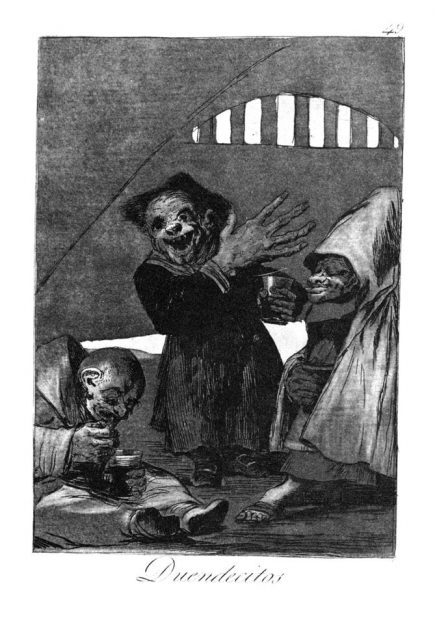 The situation was getting serious. With the Palazón family moved out, authorities used police and volunteers to surround the property. The power was shut off and it became a waiting game. They and the world’s media didn’t have to wait long. The owner of the voice never appeared but, whoever he was, he went quiet.

If the family and their maid thought the nightmare was over, they were wrong. The duende had merely taken a couple of days off, returning with a cry of “Cowards, cowards, cowards, here I am.” It was the final nail in the coffin, driving them away for good after 2 months of home-bound horror. 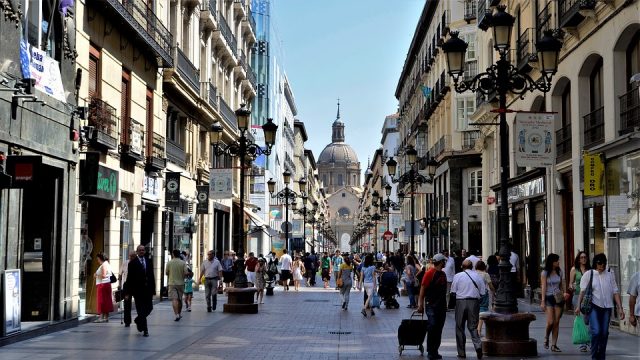 The resolution, when it came, was a shock. Zaragosa’s governor told the press the culprit had been caught, and was none other than Pascuala Alcocer. How had she been doing it? By using something called “unconscious ventriloquism”, throwing her voice and wrecking lives in the process.

For some this was a far from satisfactory explanation. A simple online search for unconscious ventriloquism brings up this very case, calling into question the seriousness of it as a condition. Pascuala herself was reportedly not around for the majority of the duende’s antics.

Check out another Yarnhub video: YarnHub Brings one of the Most Incredible WWII Stories to Life

With a lot hanging in the air, much like the voice of the invader “himself”, the story passed into legend. In 1977 the building was demolished. The replacement structure bears the title “Goblin Building” in gold letters. The family’s duende may only have been a guest, but he ended up owning the whole kit and kaboodle.

If you enjoyed the haunted stove check out the rest of the videos from Yarnhub here.