An early 20th century abandoned Japanese village has been found in the forests of British Columbia, Canada in a remarkable find by archaeologist Bob Muckle and his team. If you’re an archaeologist, it’s a given that your work will always hold some amount of uncertainty.  Even if you are excavating a site where you know will find something, the exact nature of that something remains a gamble.  Sometimes scientists may find less than they hoped, sometimes they may find more than they dreamed, and sometimes they may simply find something completely unexpected.  That’s what happened to Bob Muckle, a professor of archaeology at Capilano University, according to North Shore News.

For some time, Muckle and his team have been excavating a series of Euro-Canadian logging camps from the 1920s-‘30s in the woods of British Columbia.  He’d been finding the sorts of things one would expect to find in old camps, rusted sawblades and other, similar things, but in the second-growth forests around the Seymour River Valley, he found something totally unexpected under all the sediment and ferns.

He found evidence of a Japanese settlement that first existed and then suddenly seemed to have vanished. 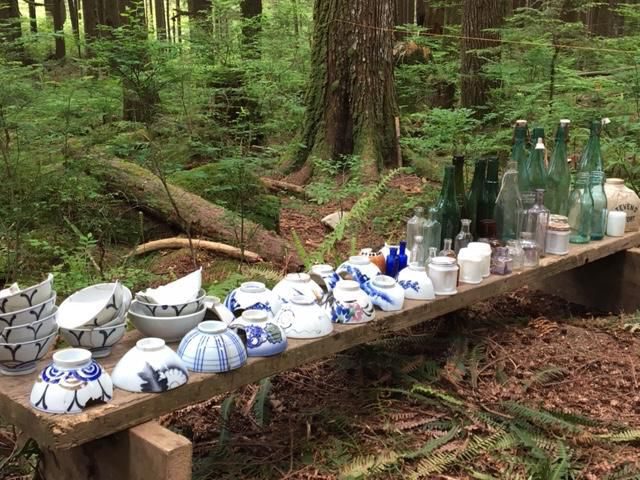 Dishes and bottles found at the site. Photo courtesy of Bob Muckle.

Muckle had already been working such camps for some time when a retired forester reached out to him about a new site he might be interested in, in 2004.  The artifacts on the surface at the site were about what he expected, but when he and his team started digging, he says they started finding objects like sake bottles and rice bowls.

Every spring for the 14 years since then, Muckle and groups of his students have spent six weeks excavating the site to try to learn more about the place. It quickly became clear that the site wasn’t just a logging camp, but was instead an entire settlement populated by Japanese who were looking to build an existence for themselves far away from the racism and financial hardship rampant in more populated areas.

Archaeologists have discovered traces of three Japanese settlements dating to the first half of the twentieth century, including 14 small houses, a small shrine and garden, porcelain, and personal effects near British Columbia’s North Shore Mountains. https://t.co/asi3mJZw6o pic.twitter.com/fMdyLoYpzg

The area where the village stood had been clear-cut by the Hastings Company in the early 1900s, but the province gave logging rights for the neighboring cutblock to a Japanese businessman, Eikichi Kagetsu, in 1918.  Six years later, the last of the trees had been harvested and Kagetsu moved to Vancouver Island in hopes of continuing to expand his business.

The settlement contained around a dozen cabins and was the size of a football field – enough space for around 40-50 people.  It also shows that its inhabitants lived a uniquely Japanese way of life, despite their present location. 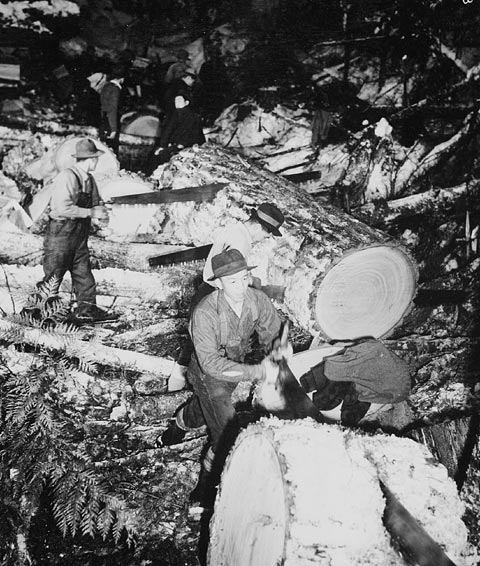 Among the discoveries, these Canadian archaeologists have made are the remains of what they believe is a lantern in a spot they think held a shrine.  They also discovered that the largest flat area in the village didn’t hold dwellings, but instead was the community garden.  They even found the old bath house, which would have been very important to the people who lived there.

Although it’s clear that this was a village holding workers and their families, what may be less clear is how long the village remained populated.  No records exist that show who lived in the village, or for how long, but Muckle’s theory is that at least some of the people who lived there chose to stay when the logging operation was over.  Some may have even stayed until 1942, when the Canadian government first started rounding up people of Japanese descent and sending them to internment camps during the second world war.

The fact that Muckle has found more than 1,000 household-type items in the area strongly supports the idea that when the inhabitants of the little settlement left, they did so in a hurry and without much to gather their belongings.  Among the items that the team has found so far are things like medicine bottles, clocks, teapots, buttons, coins, and many, many bits of Japanese ceramics.  Because most of the pieces are buried only under dirt and pine needles, much of what they find is largely undamaged.

They also found parts of a number of cookstoves, at least one of which was of good quality and had clearly been put outside the village and hidden behind a large stump.  Muckle says that this just reinforces his theory about timing, since not only do people usually take their nice things when they leave an area, but the attempts to hide things like the stove, suggests that settlers suspected that their little village might get looted.

Muckle’s find and subsequent work has served to fill in some real gaps in the local history, bringing to light the story of a group of people who would otherwise have remained unknown.  In fact, in the spring of 2017, the Canadian government commemorated the settlement as a place of significance to British Columbians who come from Japanese ancestry, as a direct result of Muckle’s work.