A new spacesuit design may put an end to a longstanding and bizarre Russian cosmonaut ritual. In fact it is perhaps the most bizarre tradition in the history of space travel. They have a series of traditions that they have maintained for decades, which are all considered good luck when beginning a new space voyage and, now, one of those traditions is being put at risk. The Moscow Times reported a few days ago about the fact that one of those traditions may be forced to come to an end.

In 1961 cosmonaut Yuri Gagarin, the first man in space, began around a dozen traditions which Russian cosmonauts since have faithfully upheld.  The most infamous one he started which is currently in danger is the one where cosmonauts relieve themselves (read: pee) on the right-rear wheel of the bus that takes them to the launch site.

Reportedly he performed this action before becoming the first human to travel in space and it has become Russian space dogma ever since.  Even though female cosmonauts aren’t required to participate, it’s so deeply part of Russian space lore that some of them will go so far as to bring small vials filled with their urine so they can take part in the practice. 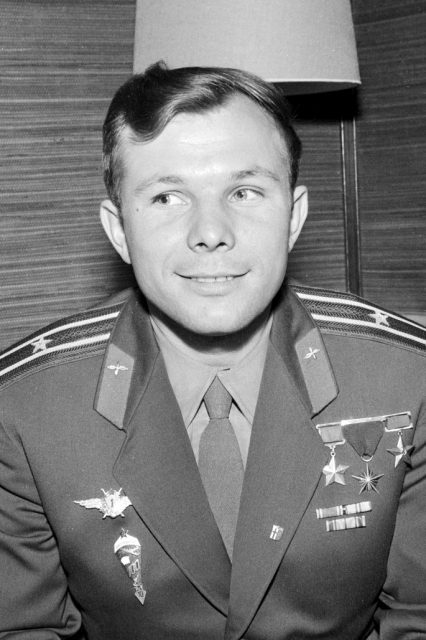 The problem is that this week, when a new spacesuit design was revealed at the Moscow International Air Show, the suit lacked something necessary – a fly.  The head of the Zevezda research and development company, Sergei Pozdnakov, remarked that he wasn’t certain how the cosmonauts would be able to relieve themselves without the access a fly provides. He further remarked that when they were given the design specifications to guide the creation of the new spacesuits, those specs failed to mention that the person wearing them had to be able to pee on a bus wheel.

According to the Guardian, the proto-type Sokol-M suits are meant to replace the old Sokol-K suits that were worn during the launches for the International Space Station in Soyuz spacecraft.  Spokespeople from Zevezda, the company which designed the suits, has pointed out that the suits are made from new materials and have the added advantage of being able to be adaptable for bodies of different sizes. 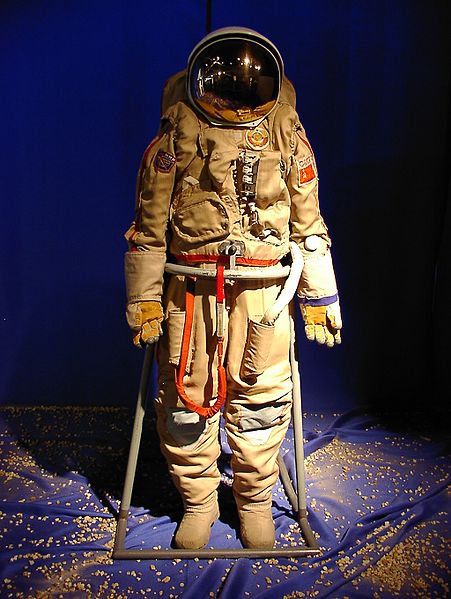 The Sokol-Ms are bright orange and feature a zipper that is placed diagonally, rather than the V-shaped opening of the traditional, white Solo-Ks, which points down to the area where the problem lies.  Furthermore, the zipper and seams of the new suit are completely airtight, doing away with the need for ‘the bladder’, a rubberized layer in the old suits, which makes the new model much easier to get on and off. 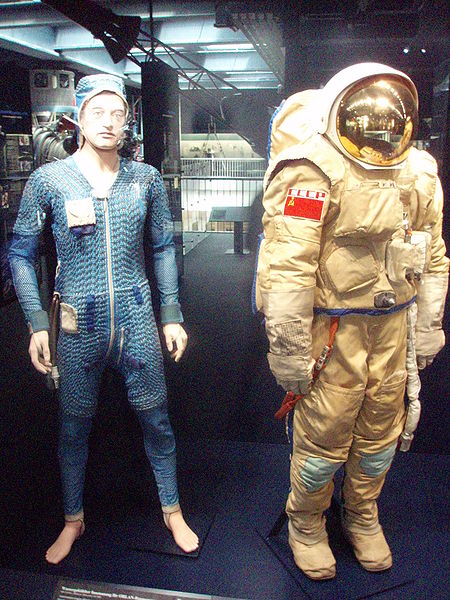 They would also be much lighter and more comfortable for the people wearing them.  The old suits, by comparison, were designed to be comfortable when laying in the chairs of the old Soyuz ships, but were otherwise so heavy and cumbersome that it is hard to walk upright while wearing one.

The new suits are, clearly, vastly superior to the old Sokol-K model, except with regard to upholding pre-launch tradition.

Related Article: The “lost” cosmonauts – are they still out there?

There are plenty of other traditions the cosmonauts also engage in, such as leaving flowers where Yuri Gagarin’s remains are interred in a wall at the Kremlin, planting a tree in an area known as Cosmonaut’s Alley, flattening coins on a railroad track, having a movie night, and signing the doors of their Cosmonaut Hotel rooms.  They even have the rocket and themselves blessed by an Orthodox priest prior to every launch.  In total, there about 14 different rituals/traditions involved in starting a new mission.

Since being a Russian cosmonaut provides so many, perhaps a new spacesuit and losing the ritual ability to urinate on a bus tire may not be so bad.