Recently-declassified Central Intelligence Agency documents show the the use spy pigeons during the Cold War. An idea that was far from “for the birds”. Indeed, the practice of using avian agents in the intelligence game had its roots in the likes of carrier pigeons, whose deliveries proved vital during wartime. World War One saw the plucky, clucky creatures undertake more elaborate missions. However, projects such as “Tacana” in the 1970s took things to new heights.

Run by the Americans, the operation involved attaching a $2,000 camera to the avian agent via a harness. The documents detail tests conducted over locations such as Washington DC’s Navy Yards. This type of area was significant, as the eventual targets were naval properties behind the Iron Curtain. The Agency hoped to get a unique view on the Soviets’ top secret submarine development. 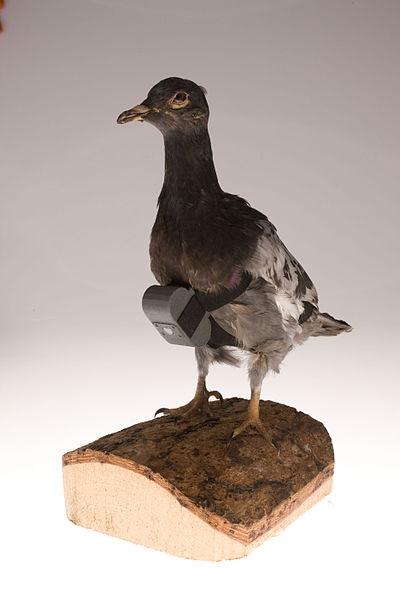 CIA developed a camera small and light enough to be carried by a pigeon. It would be released, and on its return home the bird would fly over a target. Pigeon imagery was taken within hundreds of feet of the target so it was much more detailed than other collection platforms.

The BBC say the files “indicate that the birds would be secretly shipped to Moscow”. Once behind enemy lines, it seemed the CIA faced an even greater logistical challenge – releasing the birds into Russian airspace. They examined various methods of achieving this. Could a pigeon emerge “possibly from under a thick overcoat or from a hole in the floor of a car when parked”? It was even considered “whether pigeons could be launched from a side window while the car was travelling at up to 50mph.” 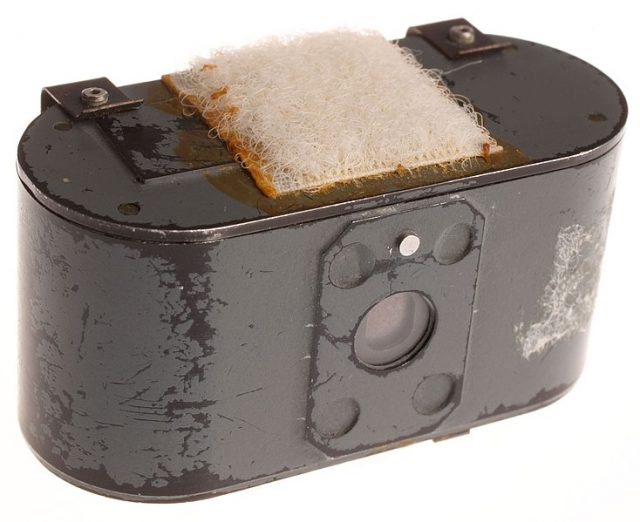 Camera attached to a pigeon.

Ultimately the paper trail goes cold, with no information as to whether the pigeons actually completed their mission. However it creates another intriguing example of the extremes agencies such as the CIA went to in order to gain the upper hand.

According to the BBC, a model pigeon with camera was on display at a private museum at CIA HQ in Langley, Virginia before the current revelations were made. While everything was kept under wraps, it’s clear “The Company” were at least acknowledging this aspect of their past to visitors with the right level of security clearance. 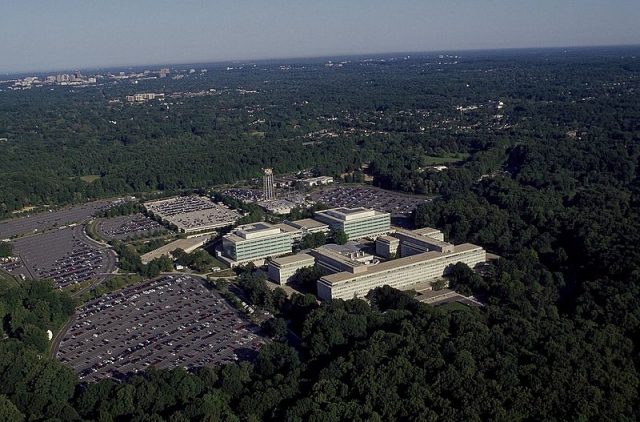 Why pigeons? The BBC remarks that particular bird is “possessed of an amazing ability – almost a superpower. They can be dropped somewhere they have never been before and still find their way hundreds of miles back home.”

Other birds were in the running, including ravens which were used to leave bugging devices on suspect’s window ledges. Light played a key role in directing the raven. A red laser was shone on the place they wanted it to fly, and then the raven was enticed back to base by a lamp. Falcons and, most bizarrely, cockatoos were being assessed for their covert qualities.

The entire animal kingdom was up for grabs when it came to covert ops. Dolphins were famously trained to carry out underwater operations. And the dog and cat were seen as potential assets – trials were conducted involving remote control canines, where the unfortunate dog’s brain would be stimulated by electricity. Meanwhile felines were part of something called “Acoustic Kitty”. This appears to have involved getting them to swallow listening devices!

Aside from the dangerous business of the Tacana project, pigeons did their bit for the Brits during World War II. The Confidential Pigeon Service was reported on by the Telegraph in 2007, who wrote that “hundreds of trained birds were flown from Britain in bombers, the birds contained in small cases attached to parachutes, then dropped behind enemy lines at night. They floated gently to earth, normally to be found by farmers and agricultural labourers on their way to the land early in the morning.”

But what would the no doubt surprised civilians see when confronted by these unexpected guests? Apparently the birds “came with a miniature spying kit: a bakelite tube to put a message in; sheets of ultra-thin paper and a special pencil; detailed instructions in French, Flemish or Dutch on how to fill in a report.”

As with human endeavors, the results of these animal-based missions were mixed. The fate of the Tacana pigeons is not known, but the CIA’s findings certainly boded well. The BBC says, “Experts found that the quality of the photographs was higher than those produced by spy satellites operating at the time.”

Putting non-humans into active service wasn’t cheap either. The CIA were reportedly “spending more than $600,000 (£480,000) on three programs – Oxygas for dolphins, Axiolite involving birds and Kechel with dogs and cats.”

In these days of animal welfare, it’s hoped the security services have turned away from such outdated and unusual practices. But it shows when protecting a nation is concerned, all forms of life who dwell inside its borders are targets for recruitment!