Divers never know what they’ll find under the pristine beauty of the sea, perhaps even an underwater temple. Everything from ships to human remains have been discovered at one time or another on the ocean floor. Ancient cultures, in particular, have left amazing treasures in the murky gloom of the ocean, and occasionally even experienced divers are startled by what they recover.

A recent example of the glorious booty awaiting underwater researchers was found at Heracleion, a city lost long ago to the sea in Egypt. Although scientists and divers first came upon the site in 2000, in the Mediterranean, this past summer a team found an array of valuable antiquities that had been previously undiscovered. They recovered gold jewelry, coins, pieces of a temple, and even a broken-off part of an ancient boat used in rituals and ceremonies. Archaeologists also call this city Thonis.

Underwater archaeologists, as these highly specialized scientists are called, were aided in their efforts by scanning technology that enabled them to peer closely at the sea’s floor. Although the almost-two decades they’ve been diving has given them much, including 75 boats, they were particularly pleased to recover a special item from the boat used ceremonially. 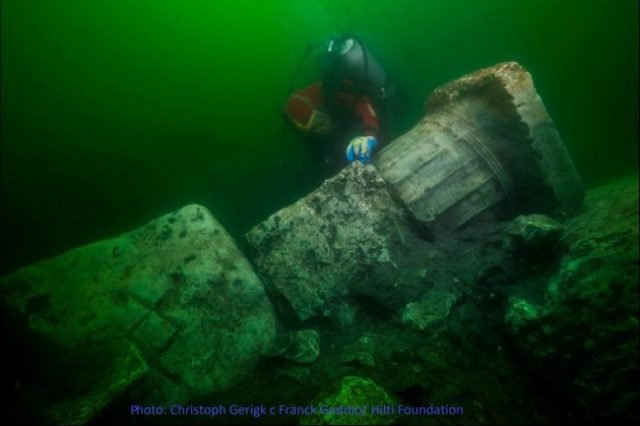 The ruins of a temple were discovered in the now-underwater ancient Egyptian city of Heracleion. (Image: © Christoph Gerigk/Hilti Foundation/Egypt Ministry of Antiquities)

The Egyptian Ministry of Antiquities released a statement confirming that the city had once been a busy, thriving place, filled with civilians, merchants and others living hectic lives not all that different than the ones we lead today. It was constructed sometime in the 8th century B.C., on the banks of the Nile. 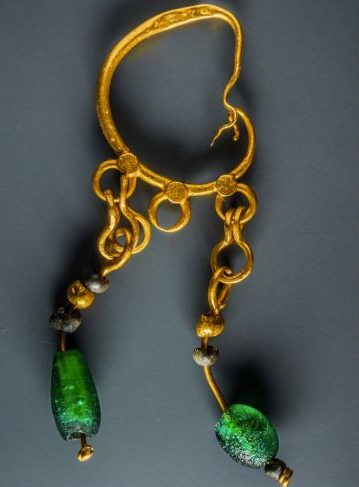 Scientists say that one of the important events that took place there was Cleopatra’s ascension and crowning, in a local temple. The team is led by Franck Goddio, who has been on the underwater dig since it began 19 years ago. This particular part of the dig took place during two months of the summer, this year.

Approximately 1500 years ago, the city flooded, and today it lies 150 feet under water, on the ocean floor. Other rare treasures and artifacts discovered since recovery began include columns, and leftover pieces of a Greek temple. The city was named for Hercules, and some evidence suggests he may have actually visited there. The missing piece of the ceremonial boat #61, as researchers refer to it, indicate it was very large, 43 feet long and 16 feet wide.

The bronze coins recovered date back to King Ptolemy II’s era, who reigned from 283 until 246 B.C. In addition to the coins, the team found pottery going back to the 3rd and 4th centuries B.C. 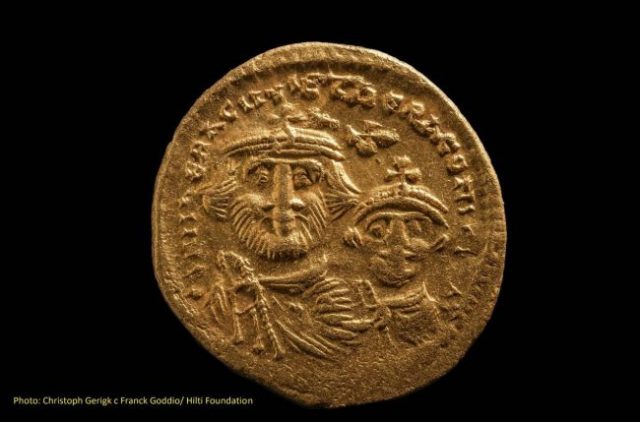 One of the coins found during the underwater excavation. (Image credit: Christoph Gerigk/Hilti Foundation/Egypt Ministry of Antiquities )

Heracleion is not the only ancient city discovered by Goddio’s team. In addition to their operation there, the team is leading an underwater dig at Canopus, in the Gulf of Qir, Alexandria. There, they have recovered so far rare artifacts like rings, earrings and coins. These antiquities, the Ministry said, confirmed that Canopus was also a thriving, busy city in the 4th century B.C. They also found remains of an ancient port at Canopus, and a set of buildings that confirm that the city was growing outward, in a southern direction. 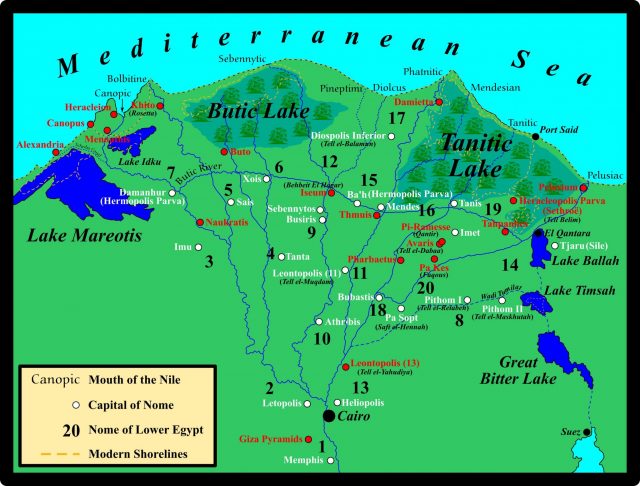 Map of Ancient Egypt at the mouth of the Nile. Heracleion can be found on the left.

Egypt may be the most famous country in the world for its awe-inspiring archaeological sights, like the pyramids, and other “above ground” treasures available for touring. One particularly magnificent “unearthed” find usually on display at the Grand Egyptian Museum in Cairo is the tomb of King Tutankhamen, discovered in the Valley of the Kings in 1922.

The tomb, and many antiquities buried with it, have toured the world several times. After a significant restoration project helmed by the Ministry and the Getty Conservation Institute in New York, King Tut’s tomb, as it is affectionately known, is on exhibition once again. Millions of visitors have toured the tomb since it first went on display.

Related Article: The 4 Most Intriguing Lost Underwater Cities of the World

No doubt the discoveries at Heracleion and Canopus will one day make an awe-inspiring exhibit in Cairo, too, along with the many rare antiquities and artifacts that already draw visitors to Egypt every year. These displays offer education and valuable insights into Egypt’s rich history, not just to the teams who discover them, but to the many millions who visit them each and every year.