The 9/11 attacks and first response of the firefighters at the Twin Towers in New York City on September 11, 2001 were, without question, a defining moment in the nation’s 21st century history. Police, firefighters, EMTs, and other officials responded to the tragedy as quickly as humanly possible, and many of those people lost their own lives during their brave attempts to rescue civilians who were trapped in the burning debris.

Three firefighters alone lost their lives during the initial rescue operation itself, but several died later because of after effects caused by smoke inhalation and other problems. Some men contracted lung cancer eventually; others developed brain cancer, both problems that medical experts have said are directly linked to their actions on 9/11.

But that, of course, is the risk of the profession, and it’s something these 13 “probies,” as they’re affectionately called — an abbreviation of “probationaries,” are keenly aware of as they prepare to take their next steps into the world of firefighting.  These future firefighters feel it more than most probably, since they lost their fathers either directly or as a result of 9/11.

These offspring of the fallen 9/11 heroes are now the newest graduates of the Fire Department of New York (FDNY). The men and women are called “smoke eaters” in America, another affectionate nickname meant to convey the profound risks they put their bodies through when saving the lives of others, which is the very definition of the firefighting profession. Rushing into burning buildings is not for the faint of heart, and these young people trained mercilessly to become prepared to do just that.

Thirteen children of firefighters who died at the World Trade Center on September 11, 2001, and six whose fathers died of 9/11-related illnesses, graduated from the city’s fire department during an emotional ceremony. https://t.co/cG5uJtbt4d

This class, 301 graduates in total, was feted at a hall in Brooklyn, New York, no doubt a day filled with drama and emotion, due to several of them being directly linked to the firefighters who lost their lives on that infamous day. Four of the graduates are the children of fallen personnel. Two are sons of a firefighter; one is the son of a police officer, and the fourth is the son of a firefighter who became sick with brain cancer because of his heroic actions.

The New York Post recently noted in an article that this class has the most “legacy” graduates of any class since the attack occurred in 2001. 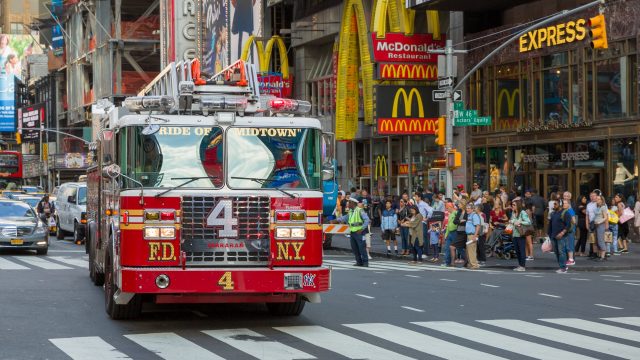 In an interview with the Post, Fire Commissioner Daniel Nigro expressed his admiration for these young people carrying on the family tradition. “Bravery runs in these extraordinary families who have sacrificed so much for our city,” he said with obvious admiration. “I’m proud of the commitment these “probies” have already demonstrated to the department, and look forward to celebrating them at their graduation.” 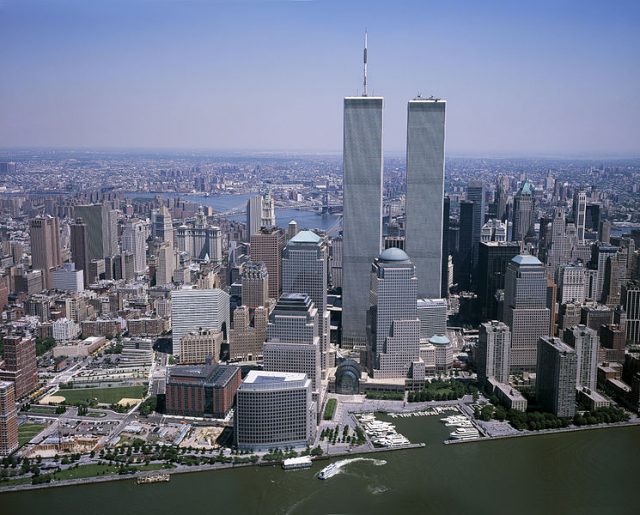 The Post also spoke with Gerald Fitzgerald, president of the Uniformed Firefighters Association. He added that, “I think it’s a great tribute to their dads. It’s quite inspirational to hear they are following in the footsteps of their dads.” 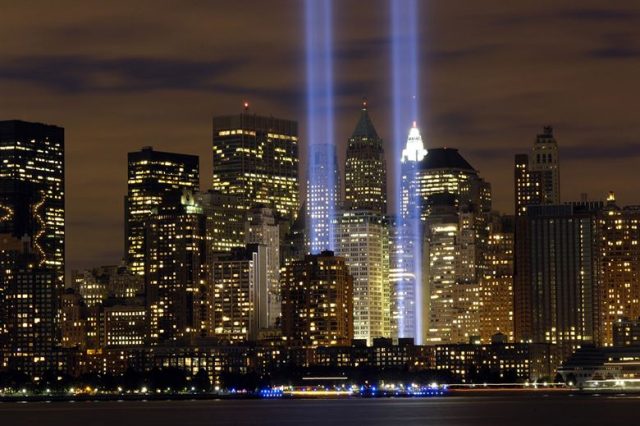 The “Tribute in Light” memorial is in remembrance of the events of Sept. 11, 2001, in honor of the citizens who lost their lives in the World Trade Center attacks. The memorial was first held in March 2002. (U.S. Air Force photo/Denise Gould)

Friends and families filled the hall at which the ceremony took place.  Many expressed their delight, but admitted to a little apprehension, about the graduates’ decision to enter what can be a dangerous profession. These families, perhaps more so than other firefighting families, understand all too well what can happen during any given day on the job. The bald truth is that each day, each 24 hour shift a firefighter works, could be their last day, as the experience of 9/11 taught these individuals all too well.

The Post spoke with the grandmother of Thomas Heedles, one of the new, young firefighters who lost his father after he contracted lung cancer, a direct consequence of his actions during 9/11.

She told the newspaper, “He wanted to be like his father, and I’m very happy for him…I love him with all my heart. He’s a good boy — it’s what he wanted to do and I’m so happy he made his goal.”

Heedles then added, “I pray for him.”

As does the entire city and country, that hopes its emergency personnel never have to endure the ravages caused by a terrible event like 9/11 again. But on graduation day they celebrated, thrilled to finally enter the important, lifesaving world of professional firefighting.