A Bronze Age stone phallus has been discovered in Scandinavia that is remarkably at least 2,500 years old, perhaps older. The human physical form has long been celebrated by artists in all disciplines. And as the centuries passed, certain art forms pushed the boundaries further and further into areas that were once thought off-limits in terms of depicting all aspects of the human body including its most private areas.

But in fact the human physical form has been celebrated, even worshiped, since time began. And a recent find in Sweden attests to that reality, that male and female bodies have long been used in art and certain cultural rites and practices. Sometimes it is a way of connecting to nature, sometimes it is a way of bowing down to it, but the human body has been a conduit to Mother Nature since time immemorial. The discovery in Sweden is evidence yet again that there is nothing really new under the sun, in artistic and cultural expression.

The find in Gothenburg, Sweden is a stone phallus, standing tall at almost two feet in height, that archaeologists believe was used in sacrificial rituals. More specifically, experts believe the Bronze Age stone was part of rituals performed by a fertility cult that likely existed before the Vikings somewhere between 1800 and 500 BC. 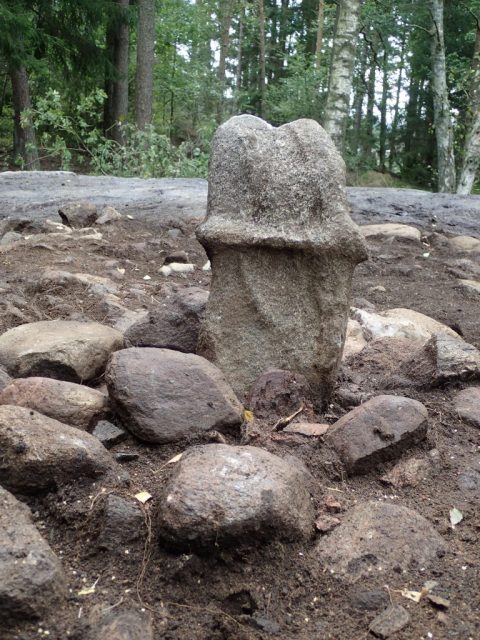 The phallus found. Photo by The Archeologist, NHM

This remarkable discovery happened quite by accident, as the site was slated for development. Swedish archaeologist Gisela Angeby and her crew thought at first that the ancient relic was a paving stone; valuable, of course, but not the unique find it ultimately revealed itself to be.

But once debris around the site was cleared and Angeby examined it more closely, she understood the rareness of the stone, as she told the Swedish news website Goteborgs-Posten.  Her initial thought was, “oh my God, it can’t be true!” but soon enough she realized it was. 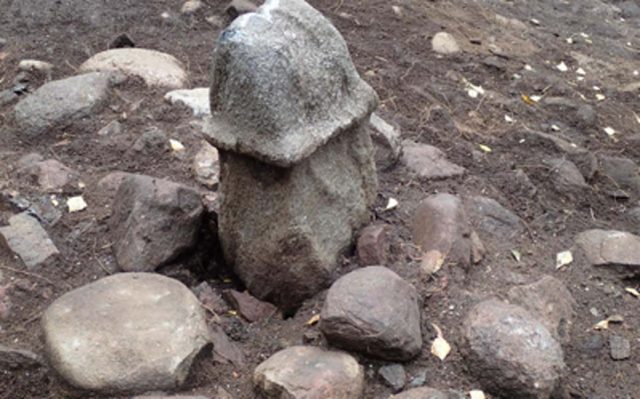 Another view. Photo by The Archeologist, NHM

In addition to the 52-centimeter upright stone phallus they found small bones nearby, confirming the theory that the site was, in fact, not used for burials, but rather for sacrifices for fertility. In all likelihood, she continued, small mammals were sacrificed to encourage fertility in the group’s members, which would have been in keeping with their rituals and practices. 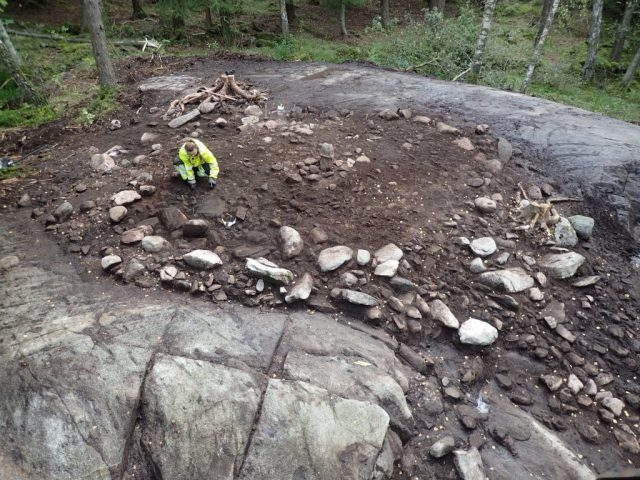 The phallus can be seen in the middle of the excavation site. Photo by The Archeologist, NHM

Angeby explained that while other ancient sites of a similar nature have been found elsewhere in Europe, this one is “a little special,” as she described it, because it is so obviously and explicitly a male member, very well-preserved and unmistakable.

Other phallus-shaped stones have been discovered, Angeby stated in her interview, but because this one was intentionally shaped to resemble the male body part, and because of the unusual purpose of the site, it is remarkable, obviously crafted by someone with great care and intent who made sure to depict his subject with as much detail as possible.

Of course it is tempting to make jokes about the bronze age phallus — particularly its size — but what matters is how old it is, and how truly unique. And though the stone may have been used by a religious sect that sacrificed animals to gods of fertility, perhaps it’s not all that different from other religious symbols and icons discovered by archaeologists all over the world.

Did those folks of the ancient Bronze Age really hope, wish and pray for anything much different than folks today hope for — healthy, strong children who are part of a happy family, and a strong community? Not really; that’s what most people hope for, no matter where — and when — they live.