A vast and ancient city dubbed the Bronze Age New York has been uncovered in Israel. En Esur, or “Forbidden Spring” in Hebrew, dates back 5,000 years and is the biggest and oldest discovery of its kind in the region.

Described as a “megacity”, the remains were only uncovered thanks to modern development. An upcoming road building project meant archaeologists and volunteers descended on the site, located between the urban centres of Tel Aviv and Haifa. The heritage-rich area is close to the Wadi Ara valley, in the northern part of HaSharon.

The efforts were spearheaded by the building company Netivei Israel. Also heavily involved is the Israel Antiquities Authority (IAA), who enlisted thousands of volunteers. Many of these have been teenagers.

En Esur’s size and scope has excited experts, with the work taking 2 and a half years so far. Some sources have compared the find to a Bronze Age New York. It’s over 10 times bigger than Jericho (the Palestinian city in the West Bank) and was constructed on top of a 7,000 year old settlement, making it an unrivaled treasure trove. 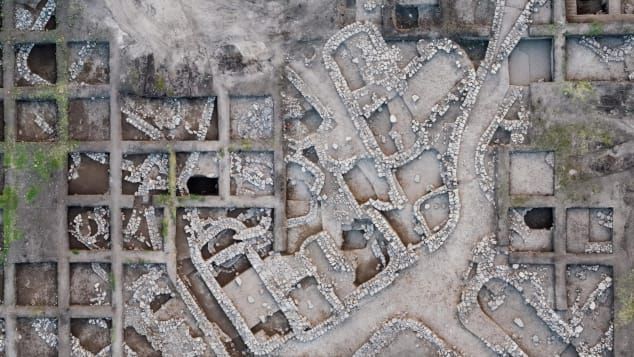 The website of the IAA has a message from Chairman Prof. Joshua Schwartz, who writes, “We have seen a growing interest in archaeological activities, both by the public and in academic circles, as well as an increase in the number of archaeologists, increased budgets, better management of excavations and surveys, technological advances, accessibility of sites and much more.” En Esur should increase interest in Israel’s background even more. 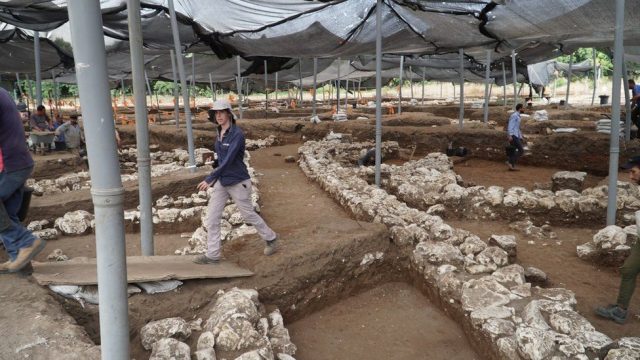 Over 5,000 people have volunteered, many of them teenagers. The dig has been ongoing for the last 2 1/2 years. (Israel Antiquities Authority)

One notable feature of the megacity is a ritual temple which houses burnt animal bones and carved figurines. These are believed to be of a spiritual nature. Live Science writes about one of the figurines, a “human head containing a seal impression of human hands lifted into the air”. An enormous stone basin in the temple’s courtyard appears to have held a religious significance, acting as a receptacle for various liquids. 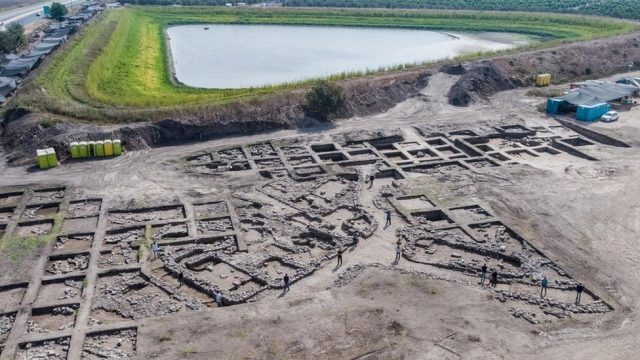 Archaeologists described the city as the New York of its time. (Israel Antiquities Authority)

Approximately 4 million fragments have been found at En Esur, including tools made of flint and pottery, enabling scientists to create a detailed picture of this ancient hive of activity.

In a statement the team declared, “There is no doubt that this site dramatically changes what we know about the character of the period and the beginning of urbanization in Israel”. 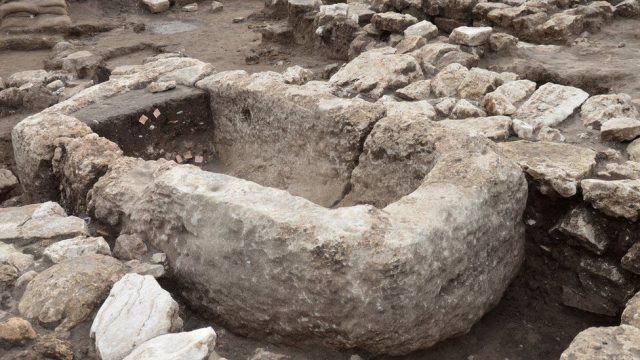 The Middle Eastern country has a rich heritage but also a famously turbulent history. Modern Israel was shaped by the Balfour declaration of 1917, issued by the British government during World War I. The document established the Jewish homeland in Palestine. Before that the area now known as Israel was under the control of the Ottoman Empire, one of a number of forces going back through the centuries that included Greeks, Romans and Crusaders. 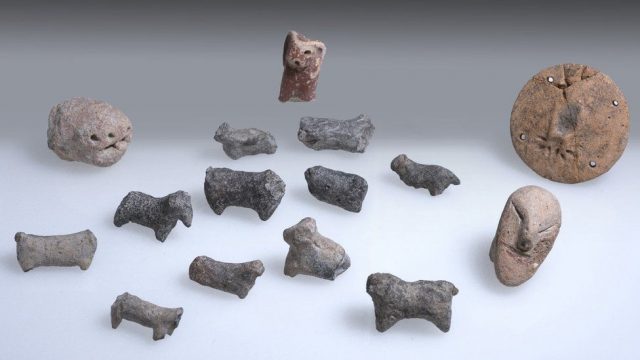 What’s especially striking about the site is the level of planning that must have gone into realizing this mighty vision. Speaking to CNN, archaeologist and excavation co-director Yitzhak Paz revealed that En Esur “includes each and every characteristic of organization, including fortification, urban planning, street systems, public spaces, public structures, and more”.

The team statement elaborates, saying “Such a city could not develop without having behind it a guiding hand and an administrative mechanism”.

Why was En Esur erected in the first place, and what did its citizens get up to on those historic streets? The BBC reports they “were likely drawn to the area by two fresh water springs, fertile land and proximity to trade routes”. As far as work went, people “made their living from agriculture, trading with different regions and cultures.”

The identity of those responsible for building En Esur is a mystery waiting to be unlocked. Life in the city appears to have come to a relatively abrupt end, with signs the Bronze Age New York was abandoned.

Related Article: 9,000-yr-old Site near Jerusalem is the “Big Bang” of Prehistory Settlement

Typically the site of a modern day construction would be excavated for a limited time and then covered over, with archaeologists having to race against the clock. However in this case the discovery is so important that the planned road will now reportedly be built over the ruins. Turns out progress can be stopped, if the subject is worthy enough.