In Salem, New Hampshire, a rock formation known as America’s Stonehenge, with granite enclosures was not just vandalized, but the perpetrators used a grinding power tool to deface a rock they had pushed over. A large wooden cross was strung between two trees with drawings and photos attached. The police are attempting to identify the people in the pictures and are asking the public for help.

America’s Stonhenge, as it is called, is a thirty acre circular rock formation off Interstate 93 that has many theories of origin. According to B.U. Bridge, some claim it was built over four thousand years ago by the same people that built the Stonehenge in Great Britain.

Boston University’s Professor Curtis Runnels, however, claims this is bunk because no artifacts from the Bronze Age have been discovered in the area or in North America, and there has been no proof of Europeans visiting the North American continent other than the Norse who visited Newfoundland in 1000 AD. 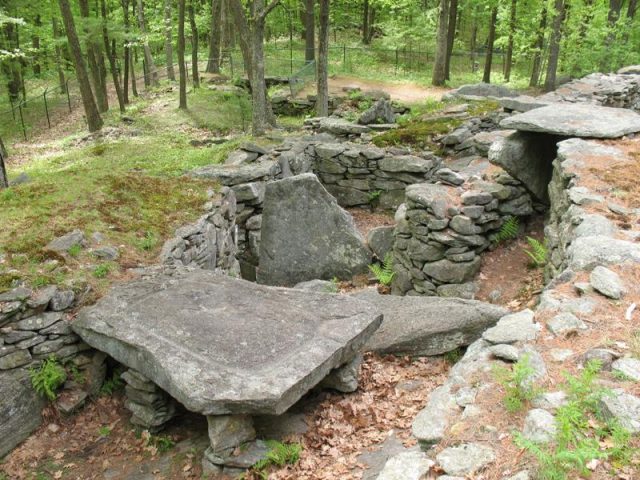 Grooved table at the site. Photo by America’s Stonehenge

America’s Stonehenge was known as Mystery Hill in 1936 and was owned by archeologist William Goodwin who believed it was built by Culdee monks from Ireland. It was sold to Dennis Stone who turned the area into a tourist attraction in 1958 and currently charges twelve dollars admission.

In 1835, a book entitled American Antiquities and Discoveries in the West was published by Josiah Priest, which claims there are ruins of an ancient Roman fort in Marietta, Georgia and that the Native tribes of North America were descended from ancient Scythians who came from Eastern Asia. 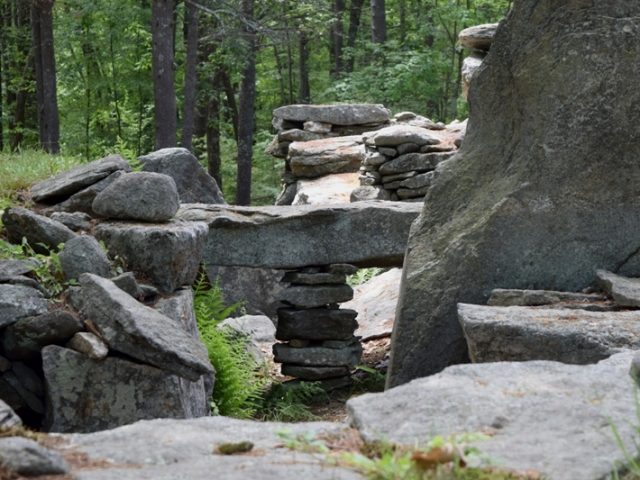 Stone formations at the site. Photo by America’s Stonehenge

He based this idea on the fact that scalping, torturing, the type of implements used, and the methods of hunting used by the Natives are the same as Scythian customs. The book, found at Google Books, also claims the Natives copied Jewish traditions as well, which in Priest’s mind proves ancestry from both Israelites and Scythians. 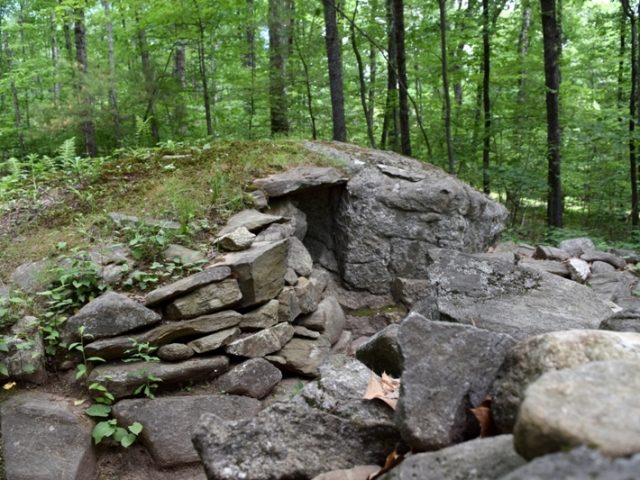 A little stone hut at the site. Photo by America’s Stonehenge

Priest goes on to quote the Old Testament to prove many of his theories, discusses Atlantis, and in the last chapter attempts to prove Ancient Romans had visited the Americas because of the similarities of their road systems and gladiator entertainment. Priest’s book has been discredited by most modern geologists because of conjecture and lack of scientific proof. Because of this book, however, rumors have run rampant as to ancient Europeans building in America. 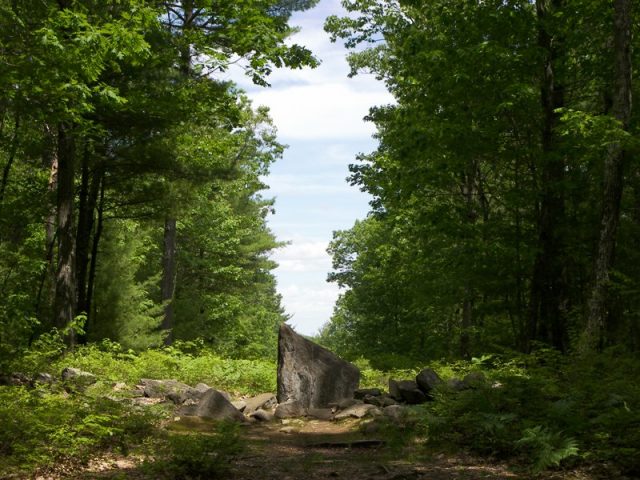 Another book, America B.C., by archeologist Barry Fell of Harvard University, claims Fell found a tablet with a message written in ogham, a Celtic alphabet. Suddenly people were finding inscriptions all over New England, most of which were proven to be scrapes by plowshares. He also claims several Native American languages evolved from Egyptians and other Mediterranean peoples. The official website of America’s Stonehenge supports Fell’s claims.

While the rocks at America’s Stonehenge have been carbon dated to about 200 B.C., Runnels doesn’t understand how others can claim it had to be the work of Europeans rather than Native Americans. They were interested in astronomical events, as were the other ancients of the world, and could very well have built temples and monuments that align with the sun and the moon as America’s Stonehenge does.

Naysayers of these theories claim the rock formation was built by a shoemaker, Jonathan Pattee, sometime in the 1800s. An anthropological archaeologist at the University of New Hampshire, Meghan Howey, thinks the site was a colonial dwelling and said there are commonplace explanations for the strange formations, according to phys.org.

Of the naysayers, Stone remarked, “They’re kind of ignorant of all the facts of the site. I’m not saying they’re stupid, just that they don’t know the facts.”

The Archaeology of New Hampshire: Exploring 10,000 Years in the Granite State was published in 2006 by Plymouth State University archaeologist, David Starbuck, who remarked that America’s Stonehenge is “unquestionably provocative, puzzling and, above all, controversial.”

Related Article: “Hunger Stone” Warnings – Haunting Messages From the Past Uncovered by Drought

As for the recent vandalism, New Hampshire’s Union Leader reports that the grinder was used to vandalize what is believed to be a sacrificial stone with symbols that may be anti-masonic. The photographs on the cross were of a child and a young man. Police hope that identifying the people in the photos may provide a link to solve this crime.