A strange and disturbing story about a family held captive in the Netherlands has police and the public scratching their heads. It’s a twisted tale of captivity that might not have been revealed at all, were it not for one fateful visit to a local bar.

Details are still emerging, but events came to light when a bedraggled-looking man in his mid-20s entered the Kastelein cafe in Drenthe, a northeastern province. According to owner Chris Westerbeek this wasn’t the man’s first appearance, but it became a significant one. 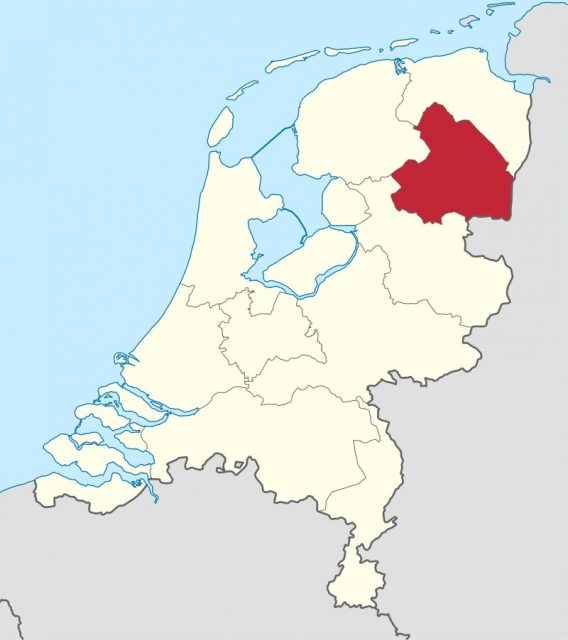 Location of Drenthe in the Netherlands. Photo by TUBS CC by SA-3.0

“He had long hair, a dirty beard, wore old clothes and looked confused,” Westerbeek said to local media, quoted by the BBC. “He said he’d never been to school and hadn’t been to the barber”.

Drinking several brews, the unusual customer decided at that point to confide in Westerbeek. Reaching out, he began discussing his circumstances. A confession that proved a true eye opener for the bar owner and then the world.

“According to the allegations,” People writes, “the man had been held with his five younger siblings and their bed-ridden father by a 58-year-old man from Austria.”

Authorities were alerted, with the trail leading to a quiet farmhouse in the village of Ruinerwold. There, hidden behind a cupboard, was a secret staircase which led to a grim sight. A Dutch police statement describes “six people living in a small space in the house which could be locked but wasn’t a basement”.

These siblings, including the man who blew the whistle, were aged between 18 and 25. It’s thought they’d been down there for at least 9 years.

The 58 year old Austrian referred to was Josef Brunner, a supposedly single tenant who worked as a handyman. Neighbors viewed him as unfriendly and suspicious, though they had no idea about what was really going on at the property.

In another alarming development, the young man who visited the pub was an employee of Creconat, which is thought to be a business owned by Brunner. This involved the man having his own social media profile.

When the story initially broke, there was much confusion over Brunner’s connection to the rest of the family. Was he their father, their captor or both? The ensuing days brought further shocking revelations. He wasn’t in fact their parent. But as per allegations, their actual father was also on the premises, and what’s more mixed up in the whole sorry mess.

67 year old Gerrit-Jan Van Dorsten was reportedly confined to his bed. However being incapacitated doesn’t appear to have affected an ability to perform not-so-legal acts. He was arrested last week on suspicion of money laundering, alongside deprivation of liberty and endangering the health of others.

How had this bizarre and almost unbelievable situation occurred in the first place? The answer could lie in the teachings of the Rev. Sun Myung Moon. His Unification church and its beliefs are also known by another name – the Moonies. Some think Brunner and Van Dorsten met through the church, with a new cult apparently in the offing and it has been said that this captivity was connected to “waiting for the end of time”.

Blessing ceremony by Sun Myung Moon of the church in question. Photo by Cristinadeargentina CC by 2.0

The Unification church – now called the Universal Peace Federation – was appalled by the case. It broke the news about Van Dorsten’s identity rather than the police, stating he was a member during part of the 1980s. The Federation also denied that Brunner was involved in the movement.

The Guardian reports that Brunner’s brother “said separately that the Austrian had previously been in a cult after leaving military service, although he did not say which group.” Speaking to the Kronen Zeitung newspaper, the brother revealed “He was in a sect. We’ve had no contact with him for 10 years.”

As has been noted, some sources have mentioned the unorthodox family as “Waiting for the end of time”. This apocalyptic element forms another line of speculation. In the meantime, the tangled truth will no doubt present itself as investigations continue.