A witch bottle dating from the 19th century has been stumbled upon during the demolition of an old chimney in Northampton, England. The home used to be a pub called the Star and Garter Inn, more on which (no pun) later.

The work crew were no doubt baffled to find a Victorian torpedo bottle containing glass shards, fish hooks and, most ominously, human teeth. This spiky concoction was topped off with what Smithsonian describe as “an unidentified liquid”.

Witches had their spells and potions, but they weren’t the only ones. Mere mortals who wanted to fight back against potential witchcraft could use a strange item referred to as a “witch bottle”. And where they stuck it is a real eye opener. 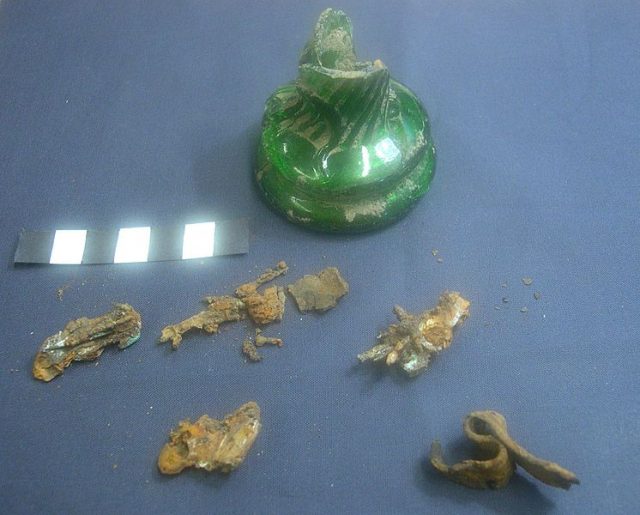 What was it doing in the chimney? That was the common place to put it, with the hearth another recommended hiding place. JSTOR Daily quotes anthropologist Christopher C. Fennell, who mentions the “deviant paths” identified as possible access points for evil doers. Santa comes down the chimney stack, so why not a witch? 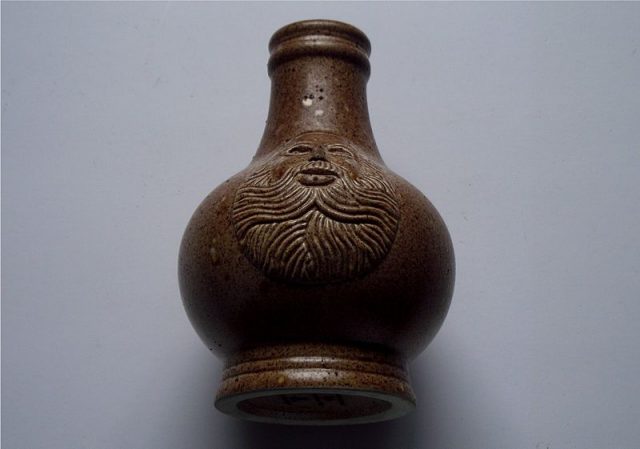 As for the highly questionable ingredients, the explanation is straightforward if eccentric. The sharp objects were there to snag the witch, and included nail clippings, thorns or pins, though these had to bent over. According to archaeologist Eamonn P. Kelley, “the bending of the pins ‘did away with them’ in a ritual sense, which meant that they then existed in the ‘otherworld’ where the witch traveled”. 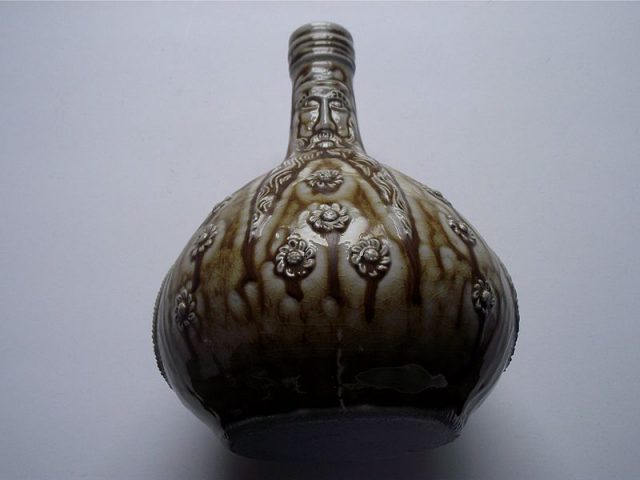 Getting them into the bottle in the first place was the liquid, typically urine though this has yet to be established in the case of the Northampton bottle. It’s thought urine was used owing to the large number of historic urinary issues that may have been blamed on witches. Certainly more convenient then getting a hard-to-obtain medical diagnosis perhaps… though quite how a witch is drawn to someone’s urine in the first place is a question for another article! 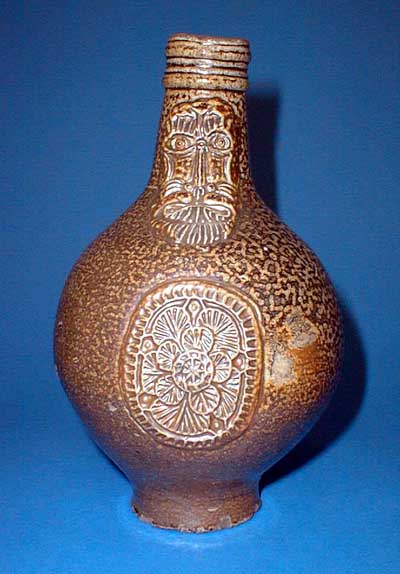 The practice of bottling sharp objects and bodily fluids is thought to have started in East Anglia. Over 100 examples of witch bottles have been discovered in Great Britain. For example, there was the 17th/18th century Holywell Witch Bottle of 2008 (found on Shoreditch High St, London), which contained an organic element that could have been wood or bone alongside the usual copper alloy pins. 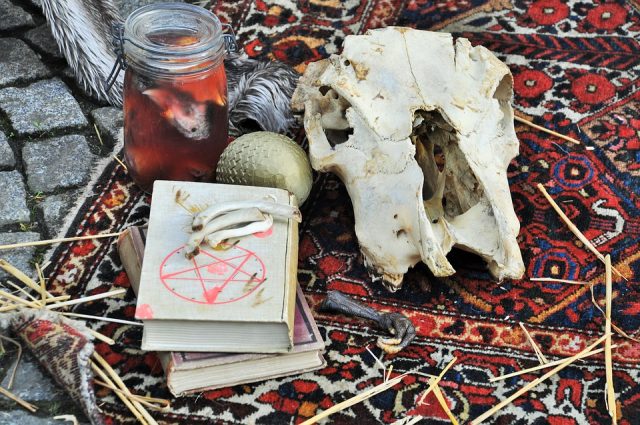 Artifacts of witchcraft and the occult

The Museum of London Archaeology is playing a major role in exploring the phenomenon of witch bottles. They’re currently undertaking a 3 year study, seeking to understand more about how the bottles came to be filled and their connection to magic and medicine.

However the witch bottle appeared, it was certainly needed. The 1600s were a boom time for busting witches – famously the Salem Witch Trials happened in the last decade of that century. “As many as 300 people were executed for witchcraft in eastern England between 1644 and 1646,” the BBC notes. “The laws against witchcraft were repealed almost a century later, in 1736.”

Interestingly the pub chimney find is from much later, with the bottle type manufactured from the 1830s onwards. The Star and Garter Inn, as it used to be known, has an additional – and rather surprising – connection to the world of witchcraft. It was the birthplace in 1761 of Angeline Tubbs, aka the Witch of Saratoga.

Smithsonian.com writes that “Tubbs emigrated to the United States during her teenage years. She settled down in Saratoga Springs, New York, and made a living telling fortunes.” The relocation followed being abandoned by her British officer husband, who’d fought in the Battles of Saratoga.

Despite her reputation, she emerged at a time when witch hysteria was dying down, and “witches were treated as creepy curiosities rather than criminals.” Having said that, the presence of a witch bottle at her former home can’t help but send a couple of shivers down the spine.

The owner of the property – who wished not to be named – has decided to conceal the bottle once again. Maybe there is power in these ancient superstitions after all…