A recent discovery of a precious Bronze Age hoard at a construction site in Havering, East London of an ancient building and over four hundred and fifty artifacts may provide new answers about ancient religion and the Thames River. In ancient times, rivers were often considered sacred.

The Seine in France is associated with the deity Sequana, the Tiber in Italy has Tiberinus, the Ganges in India has Ganga, and the River Thames in England has Old Father Thames; but the Egyptian goddess Isis, the symbol of abundance and fertility has also been associated with the Thames. 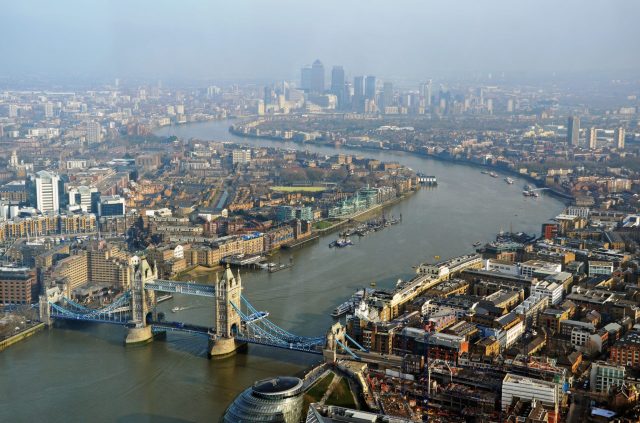 Thames river in London. Photo by Dun.can CC by 2.0

During the Mesolithic period from about 10,000 BC to 8,000 BC early humans used boats to traverse the Thames and used it for rituals, healing, purification rites, and, after the rise of Christianity, for baptisms. By the Bronze Age, from about 2000 BC to 500 BC, it is known that people were throwing objects into the river to appease their gods.

This new find, dubbed the Havering Hoard, according to Ancient Origins, was found as a result of new planning laws in the UK that require reporting of any finds during construction of items that may be historically significant. The site is in a valley of the lower Thames near an ancient marshland; the exact location is not being advertised to decrease the chance of treasure hunting.

The largest ever Bronze Age hoard to be discovered in London, the third largest of its kind in the UK, has been unearthed in Havering

The enclosure, almost two hundred square feet, once had a round building in the center and was located in front of four pits of mostly weapons, some pottery, and other items. This was unusual for Bronze Age hoards leading experts to believe the structure may have been a storage building for a metal worker or a community armory.

BBC News claims this treasure hoard is the largest found in London and the third largest in the United Kingdom. The majority of objects are spearheads, bronze ax heads, and parts of bronze swords and tools. There were also hundreds of bronze ingots and other items made of metal. Many of the objects may have been deliberately broken leading some to believe they were offerings cracked in a ceremony for the gods. Ancient Origins notes that two other hoards similar to these were found in roughly the same area in the 1960s.

According to the Independent, the small central building of the Havering hoard is likely a religious temple. The hoard’s location, facing one of the Thames largest wetlands, supports that theory as it was a common practice of ancient people to throw or place ceremonial objects into rivers or swamps as gifts to appease a goddess. (River deities were most often female.)

Originating in the Cotswold Hills, the two hundred and fifteen mile river has been a dumping ground for the city of London and its surroundings for thousands of years. Objects along the river are often found by Mudlarks, those who search the shores of the Thames and work with the Portable Antiquities Scheme and the Museum of London, according to Reuters.

Mudlarks must have a permit, can only dig down a few inches on the south side, and are required to report anything over three hundred years old or made of precious metal. In Victorian times Mudlarks were usually boys between the ages of eight to about fifteen who were so poor they scavenged the shores while the tide was out for things to sell. They were typically poorly dressed and half covered in mud that smelled like sewage. 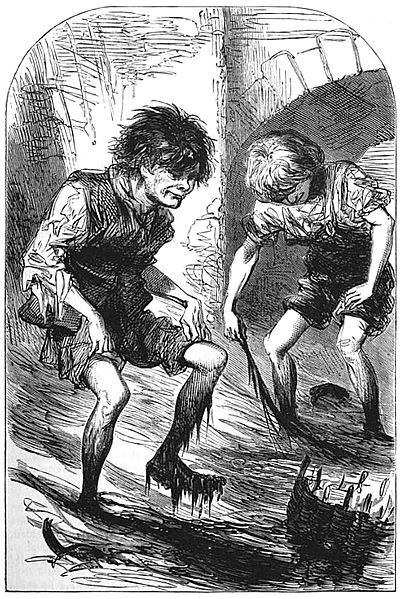 Mudlarking is now a popular activity for many people, and there is even a Society of Thames Mudlarks. Mudlarks have found items including, according to sites such as Caught By the River, pottery shards, Elizabethan clay tiles, human bones, bellermines (witches bottles), Venetian chevron beads, and live ammunition. Unfortunately, the river is also filled with modern garbage including a lot of plastic.

The Thames, however, is still providing archaeologists with treasure troves of artifacts that give us a more complete idea about those who came before. In April of 2020, items from the Bronze Age Havering Hoard will go on display at the Museum of London Docklands.