On November 1, 2019, Netflix launched a mini-biography of King Henry V of England who ruled from 1413 until his end in 1422. Timothée Chalamet stepped into the role of Henry following acclaimed actors Laurence Olivier and Kenneth Branagh who played the monarch in 1946 and 1989 respectively and seems to have been able to keep up the standard.

The film includes elements from Shakespeare’s play and from historical accounts, according to Smithsonian, but does lean heavily on the Bard’s exaggerated account of Henry’s wayward youth. The representation of Henry as an able military leader, however, does not. 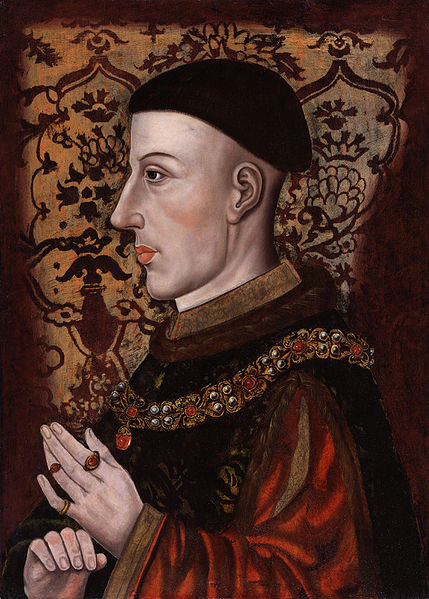 The film emphasizes Henry’s crowning glory, the Battle of Agincourt in northern France that occurred in 1415 during the Hundred Years’ War in which the combined Welsh and English army, led by Henry V, defeated the French army led by Constable of France, Charles d’Albret, Comte de Dreux. Henry’s men were greatly outnumbered, but in just over two hours had overwhelmed the French army. 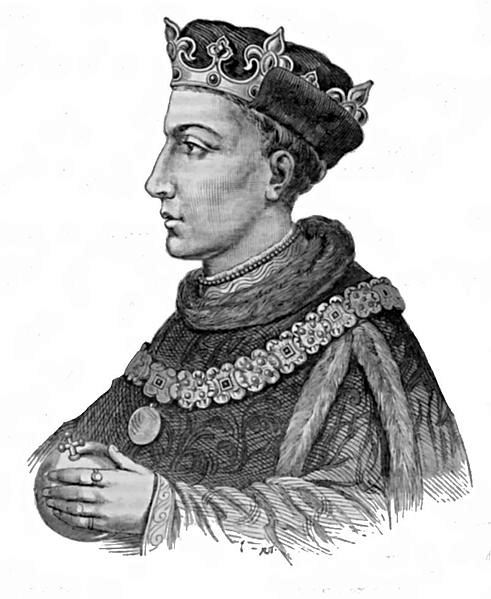 The movie has the Dauphin of Viennois, played by Robert Pattinson, participating at Agincourt, but in reality, he was with his father, Charles VI at Rouen. The most memorable scene is after the battle when warriors were piled on top of each other crushing those at the bottom, showing the mass numbers of fallen, mostly French. Henry’s cousin, Edward, Duke of York, had fallen into the mire on the battlefield and was smothered by his own armor according to English Monarchs. 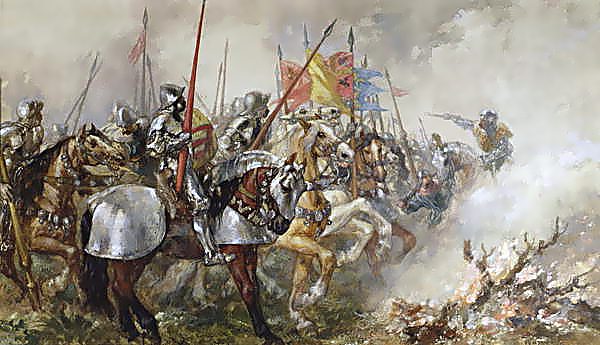 King Henry V at the Battle of Agincourt, 1415

Henry V was a warrior king and reigned at the time when England and France were in the middle of the Hundred Years’ War fought over territory in France that the Plantagenet English deemed to be their homeland. Henry’s great-grandfather, Edward III, had seized the throne of France in 1340 starting the conflict. By 1360, the English rule of France was at its pinnacle, and, in order to obtain Aquitaine, a region of southwest France bordering Spain, Henry gave up the crown of France. 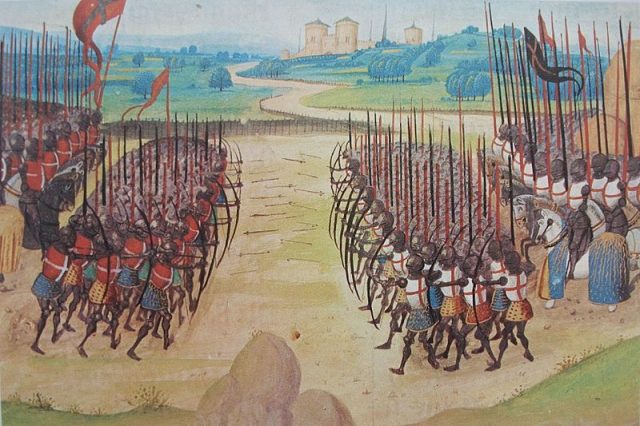 15th century depiction of the Battle of Agincourt

In 1369, The French wanted their land back and declared war where they gained back most of the lands in Aquitaine. Throughout the years, England and France went back and forth losing and then gaining land until Henry V claimed the crown of France in 1415 according to BBC.

Henry further secured his throne by marrying the daughter of King Charles VI of France, Catherine of Valois, in 1420 and having his father-in-law designate him as heir to the throne, passing over his real son and heir, the Dauphin. When the Dauphin gathered support and launched a rebellion, Henry returned to France to fight back.

Henry’s reign was fraught with attempts of rebellion. In 1399, Henry’s father, Henry of Bolingbroke, overthrew his cousin, Richard II, and became Henry IV. The dubious claims to the throne of both his great-grandfather and his father left his reign open to plots to unseat him by his cousin, Richard Plantagenet, Earl of Cambridge along with Henry Scrope, 3rd Baron of Masham and Sir Thomas Grey to replace him with Edmund Mortimer, 5th Earl of March, as well as a foiled scheme by John Oldcastle, a former friend, according to Hampshire History.

Among the citizens of London, Henry was well liked, inspired loyalty, and was a born leader. Writers of the time portrayed him as pious, brave and honorable but C.D. Ross, a writer for Encyclopaedia Britannica claims he was “hard and domineering…intolerant of opposition and could be ruthless and cruel.” Smithsonian.com cites a “marked cruel streak and cold, even severe demeanor.”

Related Article: William IV – One of the Most Eccentric yet Forgotten of British Royals

During his campaigns against the Dauphin in France, Henry contracted dysentery and passed away on the 31st of August, 1422 at the age of thirty-five. Only eight months earlier, Catherine had given birth to Henry’s only child, a son named for his father. Henry was buried in Westminster Abbey near the tomb of Richard II inside a small, ornate chapel.