The Rock of Cashel or Carraig Phádraig, also known as St Patrick’s Rock, is located about a third of a mile from Cashel Town, County Tipperary in the southern province of Munster in Ireland. It was where the powerful Gaelic kings ruled from for over a thousand years before the Norman invasion in the late 12th century. It is surrounded by ancient tales and mythology from its very beginning, including the story of how it was created.

According to Irish lore, St. Patrick was chasing the Devil across Ireland. In order to escape, the Devil bit off a huge chunk of a mountaintop, and, after he got away, he spit it all out creating the Rock of Cashel which throughout history has been home to many historical buildings, according to Heritage Ireland. 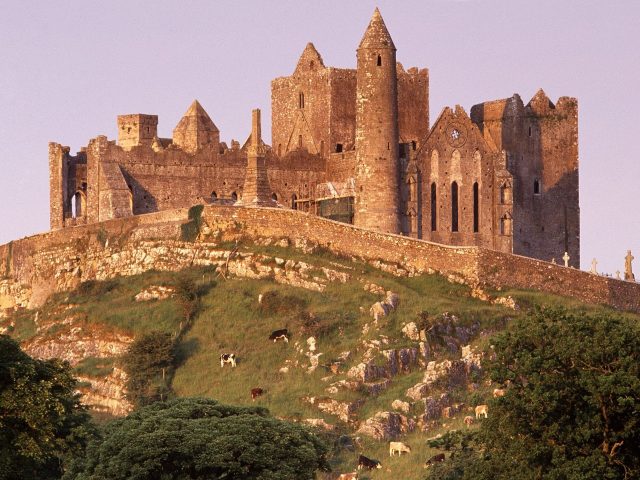 Those include a round tower from the 12th century, the only structure from that era; Cormac’s Chapel, a Romanesque chapel with beautiful frescos, some of the oldest in Ireland; and a 13th century Gothic cathedral built about 1230 that was spared from Oliver Cromwell’s 17th century assault on Ireland in the name of England. 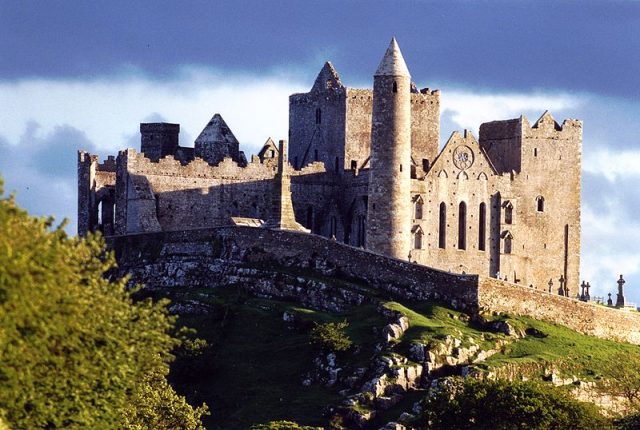 There is also a 15th century castle with a restored Hall of the Vicars. According to Ancient Origins, it was used to chant the services. It was restored in 1975 and now holds the artifacts excavated on the Rock of Cashel in a small museum for the public. 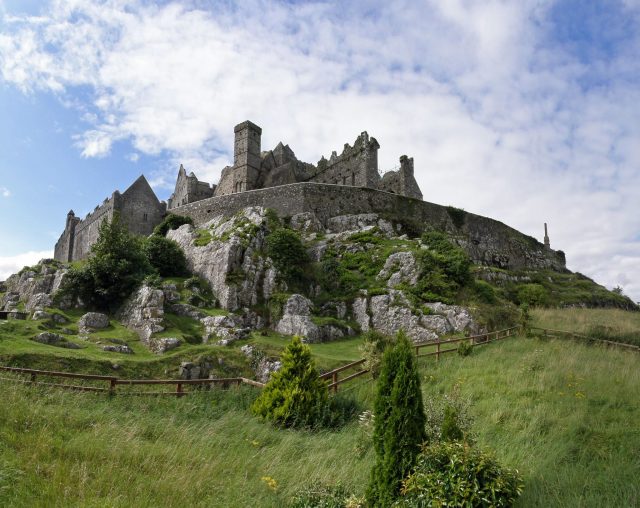 View from the bottom. Photo by Giorgio Galeotti CC by 4.0

The history of the Rock of Cashel includes stories of the Eóghanachta clan from Wales who came to rule over Munster. The King, Aenghus, was baptized into Christianity here in the 5th century AD. In the 10th century, the O’Brien clan, led by Brian Ború, an Irish king who ended the Kingships of Ireland, defeated the Eóghanachtas. In 1101, Muircheartach O’Brien gave the rock to the Catholic Church to gain the favor of the clergy and to settle the ongoing dispute over the rock with the Eóghanachta clan. 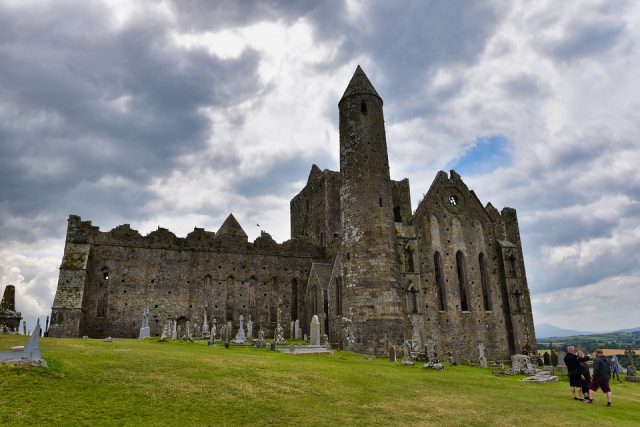 In 1647, the Sack of Cashel occurred during the Irish Confederate Wars of 1641 to 1653, often referred to as the Eleven Years War. According to The Irish Story, the war pitted Catholic against Protestant, Royalist against Parliamentarian, English against Irish, and even Irish against Irish. 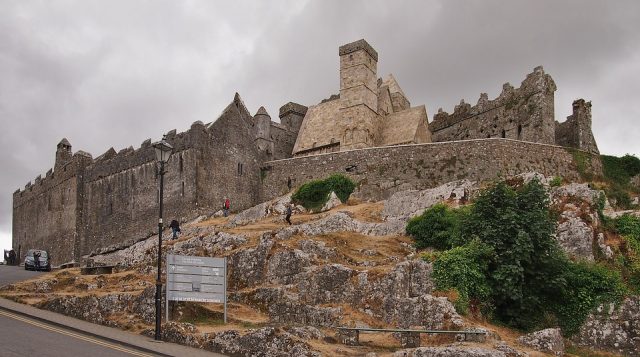 The road up to the Rock.

After 1607, Protestants from England and Scotland were taking over lands that had been taken from the Irish. The majority of Ireland was Catholic, but it was ruled by Protestants, and in 1613, the rules of the Irish Parliament were changed to allow Protestants the majority so anti-Catholic laws could be passed.

In 1641, an attempted coup by a small group of Irish Catholic landowners led by Rory O’Moore and Phelim O’Neill failed in Dublin, but Charlemont Fort was captured by O’Neill allowing him to make demands in favor of Catholics. Soon the small coup was followed by discontented followers of O’Neill who ended up rioting and getting rid of the Protestant English and Scottish settlers in Ulster.

The violence spread after the English blamed the Catholics. It is believed that over four thousand Protestants lost their lives and over twelve thousand were driven from their homes into the streets. Catholic casualties numbered about the same, as the English and Scottish forces fought back. Charles I, a Protestant king who ruled over England, Scotland, and Ireland, could not agree and Parliament on what should be done to quell the rebellions in Ireland, and the seeds were planted for the English Civil War.

In 1647, an English Protestant army came to the town of Cashel causing hundreds of locals to run to the Rock of Cashel for protection. An assault on the standing church overwhelmed the townspeople, and within a half hour most of them had perished. According to Ancient Origins, when the sixty or so remaining Irish soldiers surrendered, they were done away with as they left the tower. It is estimated that over one thousand people lost their lives at the Rock of Cashel that day.

The Rock of Cashel, according to Heritage Ireland, is off Dublin Road in the center of the town of Cashel. Visitors can see exhibitions and audio/visual presentations. Guided tours are also offered. The site is open year round.