The legendary looks of Sophia Loren are underpinned by mystery. Like many classic movie stars, there’s stuff going on beneath the surface that people don’t know about. So when she revealed she kept personal diaries but burnt them, it set many a tongue wagging.

Not that Loren isn’t forthcoming about most aspects of her life, not least of which her relationship with Cary Grant. An autobiography in 2015 told a sizeable chunk of her story. And film fans should be grateful for that at least.

She was born Sofia Villani Scicolone in Rome, 1934. Her mother Romilda Villani was a piano tutor and actress, whose resemblance to Greta Garbo nearly saw her go to Hollywood as a body double. Unfortunately, her strict family forbade it. 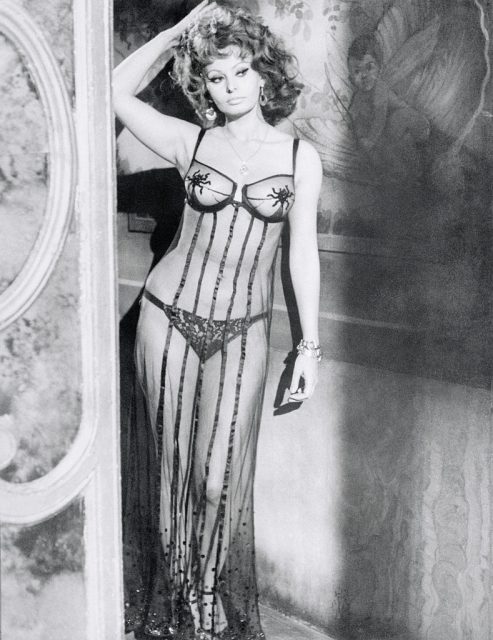 Sophia Loren poses in a slave girl outfit of lace bikini and harem veil in scene from her movie, Marriage Italian Style, on studio set in Rome. Getty Images

Romilda became involved with construction engineer Riccardo Scicolone, father to Sophia and her younger sister Maria. According to reports, he was someone who played virtually no role in family life. Sophia only met him 3 times. 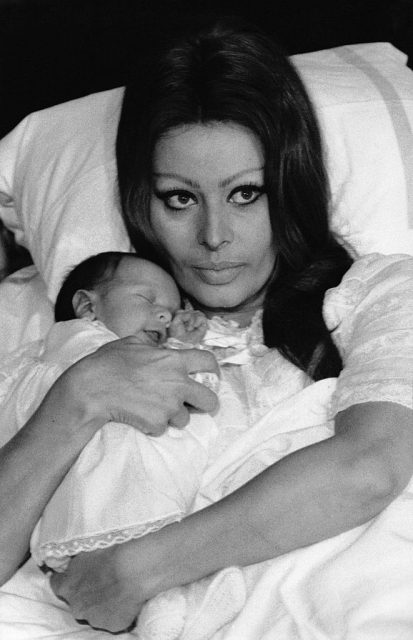 L’actrice italienne Sophia Loren with her son Carlo in January 1969in Geneva, Switzerland. (Photo by REPORTERS ASSOCIES/Gamma-Rapho via Getty Images)

An unmarried Romilda moved Sophia to Pozzuoli, a coastal city, where they lived a life of hardship. “She was raised in severe poverty, sharing a bedroom with eight people at her grandparents’ home and living with other relatives” writes Direct Expose. “Conditions eventually got so bad… that Loren’s mother would sometimes take water from the car radiator to feed to her daughters.” 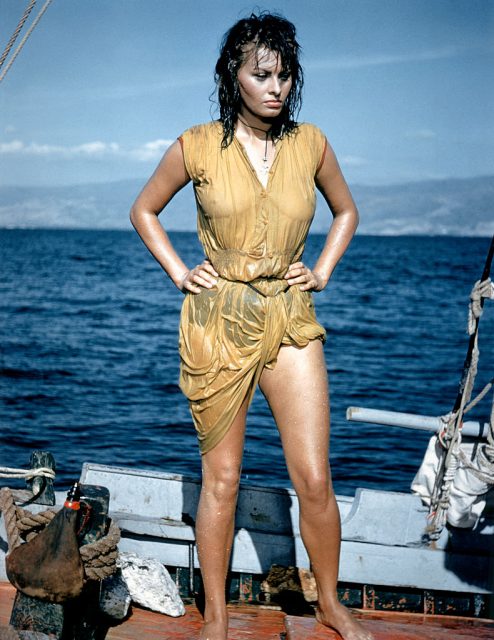 Sophia Loren on the set of Boy on a Dolphin. (Photo by Twentieth Century Fox Film Corporation/Sunset Boulevard/Corbis via Getty Images)

The Second World War threw their existence into further turmoil. But Sophia Loren, as she came to be known, didn’t take long to arrive on the world stage. As a teenager, she and her mother went back to Rome with show business on their minds. Sophia entered the Miss Italy contest and began drawing attention. 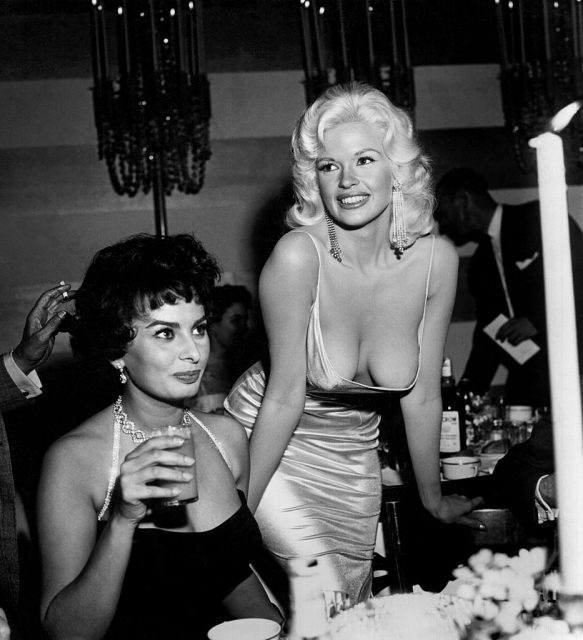 She worked as a model, though amazingly her initial feedback was negative. A 2014 Telegraph piece describes how “Loren was told that her facial proportions were wrong. That her nose was too big.” The mean-spirited snapper didn’t put a dent in her determination and “she never dreamt of changing anything. She knew who she was.” 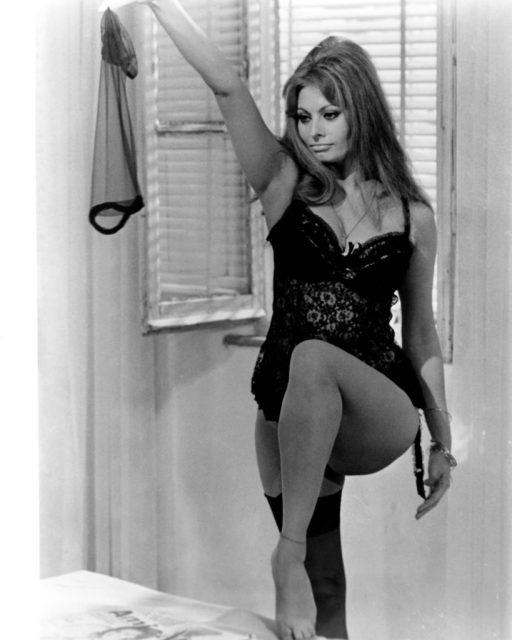 Her first encounter with Hollywood was in 1951’s Ancient Roman epic Quo Vadis, starring Robert Taylor and Deborah Kerr. Shot in Italy, it gave Loren a taste of life in front of the camera, albeit as an extra. 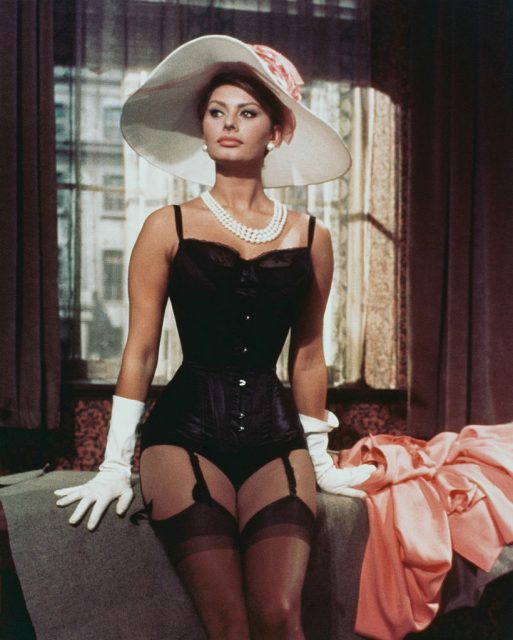 She went on to have a long career in both American and European cinema. Highlights included anthology film La Favorita (1952, when she took on her professional name), romantic comedy It Started In Naples (1960) and further historical intrigue with The Fall of the Roman Empire (1964). 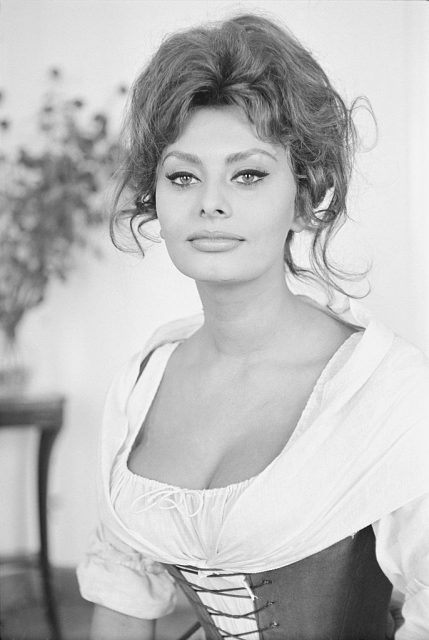 The Oscars came calling, thanks to her role as an Italian mother in Two Women (1960). This marked the first time a non-English movie netted a Best Actress gong.

Arguably her best-known Hollywood film was The Pride and the Passion (1957). Set during the Napoleonic Wars and based on a C.S. Forester novel, it was her big American debut. Loren was cast opposite A-Listers Cary Grant and Frank Sinatra. Ol’ Blue Eyes became a friend, as did Grant. However Grant’s intentions were more than platonic. 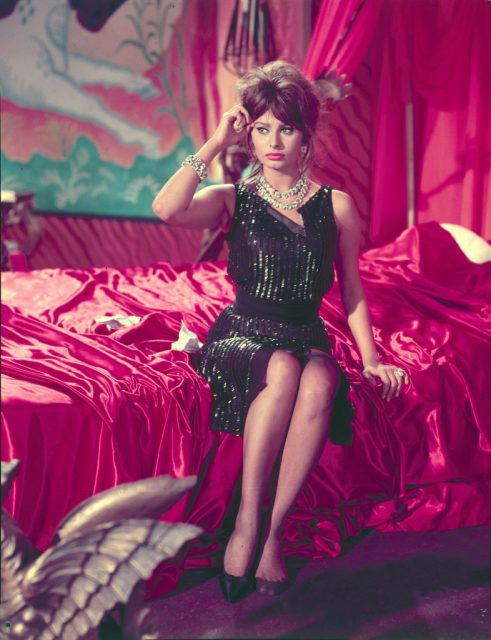 “There is probably no greater on-screen chemistry,” the Telegraph noted. “She was enthralled with him, he was besotted with her.”

Over the course of years, Grant wooed his (much younger) co-star. Both were in relationships. Grant was married and Loren was all-but-hitched to Italian producer – and another older man – Carlo Ponti. The pair couldn’t actually wed at first, due to Ponti being unable to divorce his wife under Catholic laws. 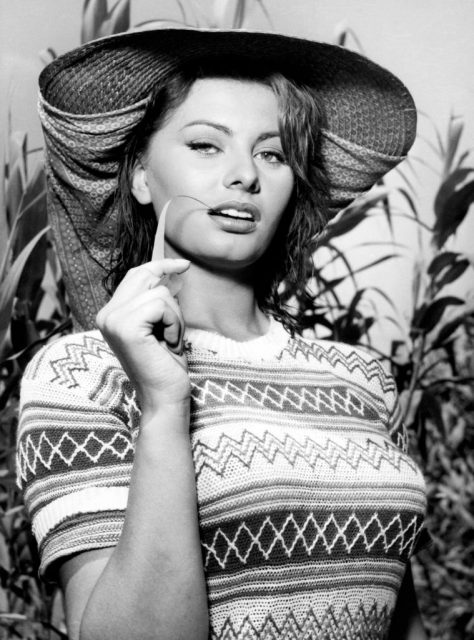 Loren certainly seemed torn, embarking on an affair with one of Tinseltown’s definitive leading men. Yet for her, Ponti was the love of her life and someone who provided security and a space to put down roots. “Cary belonged to another world in America,” she told the Telegraph. “I felt that I would never fit in there. I would never have a future there because of my nationality.” She was officially married to Ponti from 1966 until he passed in 2007. They had 2 children. 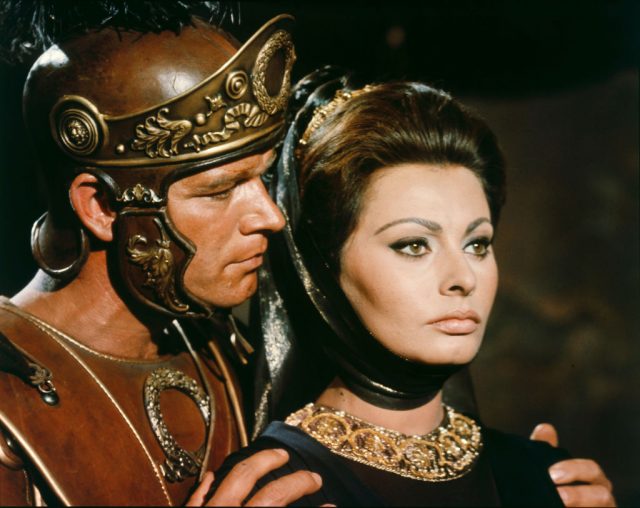 As well as defying the odds onscreen, Loren had her fair share of scrapes in real life. Her childhood home of Pozzuoli was bombed by the Allies. Direct Expose writes that at one point she was “knocked to the ground and simultaneously struck by shrapnel. To this day, she has a scar from the wound on her chin.” 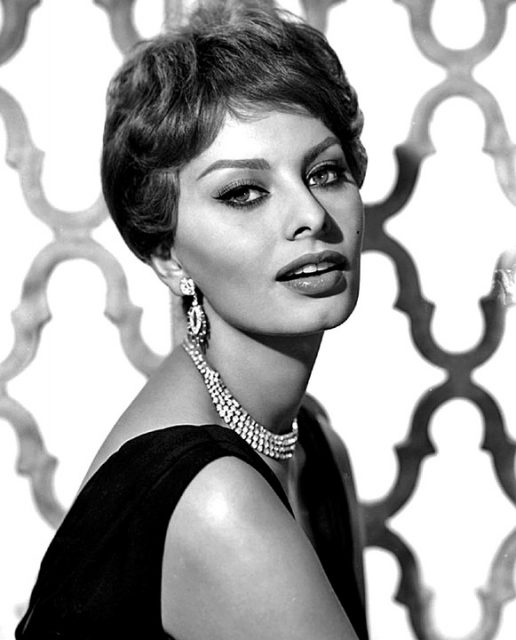 Later she was filming 1957 adventure Legend of the Lost with John Wayne when she nearly perished in her hotel room. A faulty gas stove could have asphyxiated her, were it not for the quick thinking of co-star Rossano Brazzi, who pulled her to safety after she blacked out trying to crawl into the corridor. 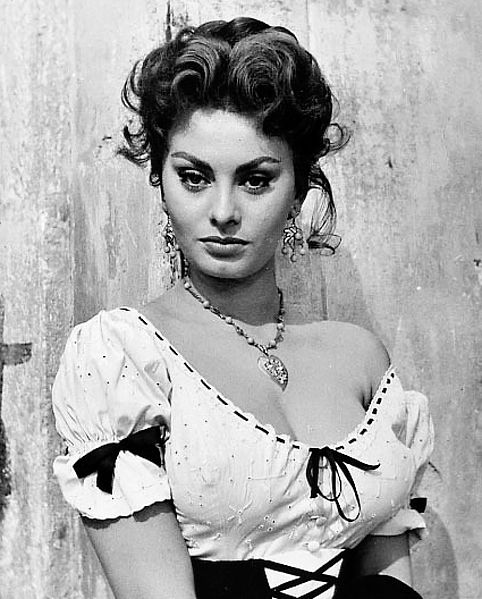 Danger of a different sort awaited her at a public event the same year when she met fellow bombshell Jayne Mansfield. Loren’s sly reaction to Mansfield’s cleavage was captured by photographers. She later quipped she was scared the dress would blow under the pressure.

Not that Loren was that focused on appearances. “My character is my best feature,” she said in the Telegraph. And her poor background was never far from her thoughts. “I wanted to say what happened to me because I am proud,” she said. “I was really a nobody, a little girl, unhappy, in desperation because of the life I was living with my family and no father.”

Not only did she find happiness in a glittering career, she found contentment in strong family values and an inner-grace that carried her through some tough times.