A rare British gold coin from 1703 made from gold seized from a Spanish galleon just sold for over a million dollars. Yes, you read that correctly, over a million dollars. To those who collect coins — numismatists is the formal term — the habit isn’t usually about money, per se, at least not in the sense the rest of us understand it, but rather about owning little pieces of history.

Coin collectors often like to think about what was happening in the world when that particular coin was minted. Who held that coin? What was it used to buy? Where did it travel? Numismatists wouldn’t dream of trading their treasures unless the deal was truly worth it.

And so it went for a collector in England last January, who put a gold coin up for auction at Baldwin’s Auctioneers in London. The coin fetched an astonishing 703,000 pounds; when fees were added in, it cost the new owner a grand total of 845,000 pounds (just over 1 million dollars!). 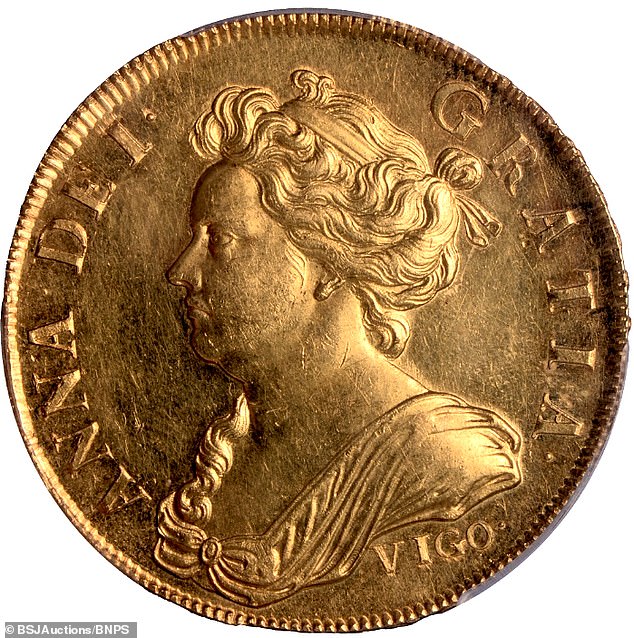 The 20 five-guinea Vigo coins that were made were struck from gold plundered from a Spanish galleon, They have a distinctive ‘VIGO’ mark on them.

Stephen Fenton, director of Baldwin’s, told the Daily Mail that the coin, once worth a mere five guineas, was prized by bidders not only because it dates back to 1703, but because of its origins at the Battle of Vigo.  The British battled the Spanish in the Bay of Vigo, and upon their victory took the gold from the Spanish ship. That, Fenton explained, heightened international interest in the coin. 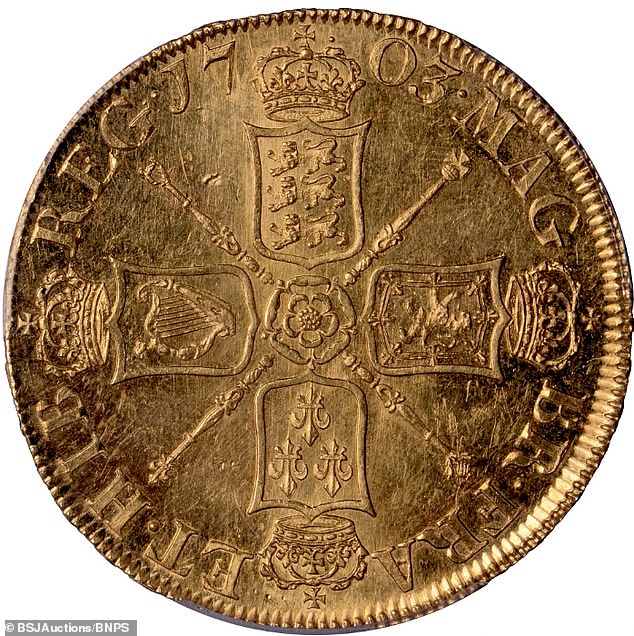 The obverse side shows the date of its striking and includes a Tudor rose as well as the coats of arms of England, Wales, Scotland and Ireland.

“We figured it would get a very high price like this because the market is so strong at the moment,” he said, adding that “the history of the Vigo coins really appeals to collectors and even brings in a whole new market, from Spain.” As the purchase was concluded over the telephone, the identity of the buyer was not made public. 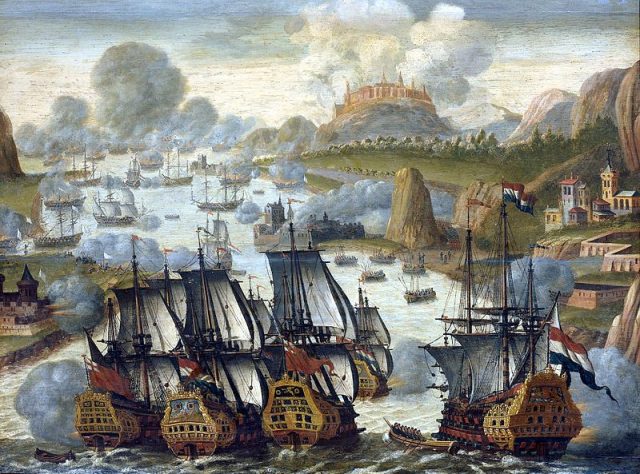 Buyers from further afield were interested in the coin because it was originally acquired by the British after they defeated a Spanish ship in the Bay of Vigo. Britain was suffering through a gold shortage at the time, so silver and gold was taken from the Spanish boat, melted down and turned into a series of just 20 coins. Each one had the likeness of Queen Anne on one side, and a coat of arms on the opposite side. Fenton explained that, of the original 20, only 16 are believed to have survived. 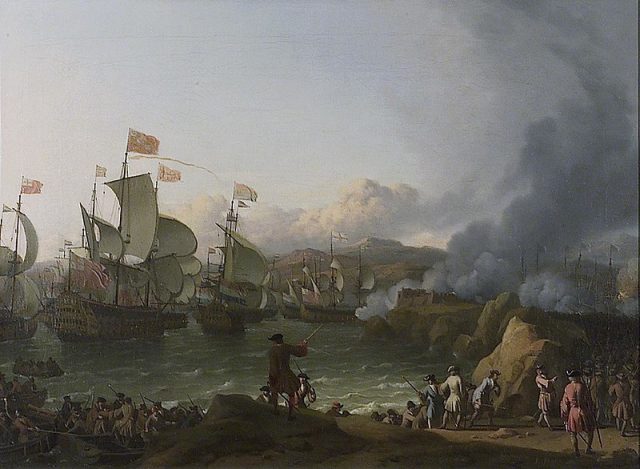 The one auctioned at Baldwin’s had been owned by a private collector for years, who simply decided it was time to part with it. News of the pending sale sparked a great deal of curiosity and potential buyers began lining up for a glimpse of the rare coin. But only buyers with particularly well-padded bank accounts, of course.

“Because of the price,” Fenton acknowledged, “there will always be a slight limit to how many people can buy them, but on this occasion, interest was incredibly strong.” That was also because the coin had been meticulously cared for, he added. “The coin is in amazing condition and has been given the highest grading possible by an expert,” Fenton confirmed to the Mail.

While to most of us, paying such an exorbitant amount for one coin — a coin that we wouldn’t ever use, no less — may seem the height of self indulgence and pure folly.

But to dedicated numismatists, a coin like this is a prize to cherish, even if it must be carefully wrapped and stored somewhere far from prying eyes or — heaven forbid! — sticky fingers. But this is not the first time a coin has fetched hundreds of thousands of pounds at auction; an 1817  George III silver crown sold for 630,000 pounds in 2016, and until now that coin held the record as the most ever paid.

But records are made to be broken, as the saying goes. Who knows, perhaps within a decade another in the Vigo series may come up for sale and break the million pound mark. With all due respect to well-heeled numismatists, one can’t help but wonder whether there are not better, or more worthy, things to spend so much money on? In certain rarefied worlds, clearly the answer is no. To paraphrase F. Scott Fitzgerald, “the rich are definitely different than you and me.”