It’s a well-known fact that pigs along with their estranged cousins wild boars, will eat anything, even cocaine. This comical and practical reputation has long been of help to people wishing to dispose of evidence. It can work against such wrong doers though… as one group of drug dealers found out, when a reported $22,000 worth of cocaine was consumed by unsuspecting Italian boars!

How had these criminals made such a pig’s ear of the situation? The lead up to the event happened last year, when an Albanian man aged just 21 was murdered. With drugs clearly behind the death, police investigators eventually uncovered a lucrative smuggling operation based in Tuscany.

Newsweek reports, “The scheme allegedly funneled drugs from a supply channel in Perugia to various provinces, including Siena and Arezzo. The drug stash was hidden in a forest area in the Valdichiana valley.” 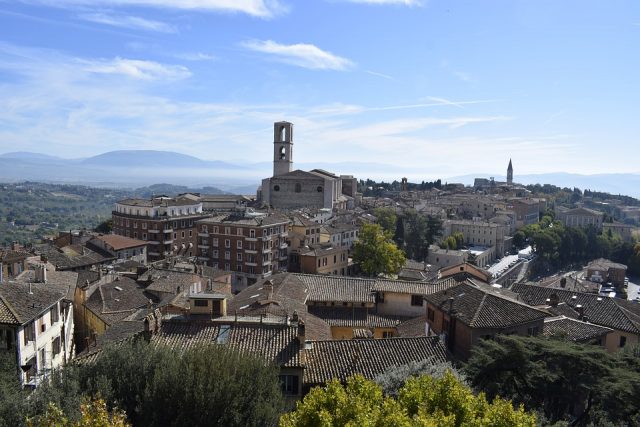 Unfortunately for the crooks this decision aroused the interest of hungry boars. Authorities wiretapped the dealers, who complained about the wild boars sniffing out their cocaine stash and feasting on the powdery payload. Nothing is known about what happened to the creatures afterwards, but the cocaine trail was visible across a wide area and it is believed that the boars spent the rest of the day coming up with frenzied, wild-eyed ideas on what to have for dinner and arguing bitterly and seemingly without end about which puddle of mud to bathe in.

3 Albanians and 1 Italian were arrested. Referring to Il Tirreno, Newsweek writes, “The suspects traded approximately two kilograms (4.4 pounds) of cocaine every month, which netted the gang the equivalent of between $90 and $120 per gram”. The case certainly gives new meaning to the expression powdering your nose. 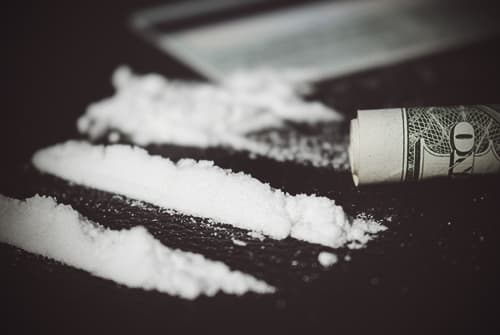 Joking aside, the grim yet amusing situation has also shone a light on what some see as a major inconvenience. Boars (or “cinghiale”) have been frustrating farmers to such an extent that a pork-averse protest was held in Rome.
Their complaint involves the animals’ disruption to both the environment and the road network. “Farmers say the animals – distinguished by their coarse hair, sturdy bodies and sharp tusks – are destroying crops, killing livestock and besieging stables” wrote the Guardian.

A high profile accident where vehicles ran into a boar group on a northern Italian motorway was highlighted, together with some surprising stats concerning antagonism between human and pig-kind. Approx. 10,000 accidents have been put down to boars, with 13 motorists killed this year alone. 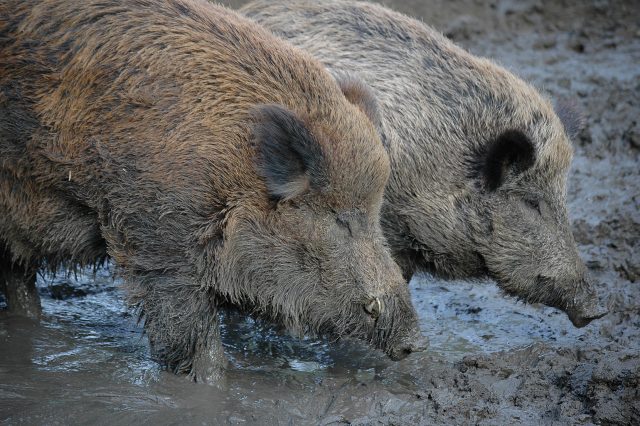 This and reported boar attacks, coupled with the presence of the creatures in urban neighborhoods, has led land tenders to demand action from their government.

When a boar gives birth, it doesn’t do things by half measures. Between 6 and 14 piglets can be produced. The Guardian elaborates on the nature of the problem, stating “abandonment of acres of farmland over decades has led to an increase in forest cover, creating their perfect habitat. The animals have no natural predators other than wolves, whose population in Italy is also increasing but not enough to reduce boar numbers.” 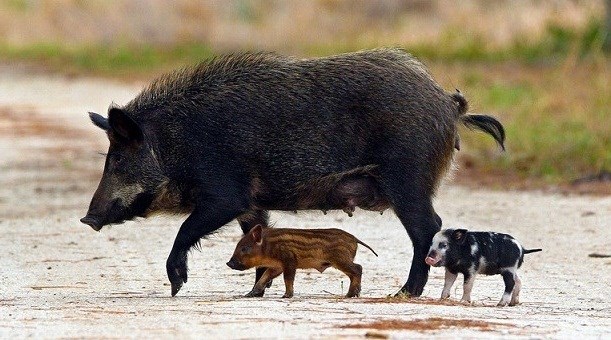 The aggravation isn’t all coming from the boars however, with Italians regularly hunting them down for their meat. Now the food supply could be biting back.

While many won’t encounter a wild boar in their lifetime, they know the image of one from various media appearances. The species was a staple food of Asterix The Gaul. His king-sized buddy Obelix was constantly chasing them down for a snack.

Over in Australia, the horror movie Razorback – directed by Russell Mulcahy in 1984 – depicted a ferocious pig that roamed the Outback eating people. Infamous villain Hannibal Lecter meanwhile faced an opponent in the shape of former victim Mason Verger, who wanted to feed him to ravenous boars as part of a deadly revenge plot.

Related Article: The Bear who ate 88 Pounds of Cocaine was the Victim of a Large Smuggling Ring

Funny though it is to think about boars ruining the plans of drug dealers, swine have been a chillingly useful and unwitting ally to the gangland community. A particularly gruesome case from 2013 involved a boss who was beaten and then left to be eaten alive in a sty.

As for the wild boars at the center of this latest cocaine episode, it’s safe to assume they were off their trotters for a good while after consumption.