Incredibly revealing burials found inside two viking ships have been unearthed in Sweden. Archaeologists are never entirely certain what they will find when they begin digging in any given location. History lends them clues, of course, about the settlements established nearby and what may be found deep within the earth. But it’s always something of a science-based lottery, one that sometimes rewards their dedication to discovery, but just as often does not.

That wasn’t the case for a team in Sweden recently, who knew precisely what they were going to find under a section of modern homes in this rural area. This past summer, a team of experts were thrilled to come upon unique Viking burial ships near the village of Gamla Uppsala. When a nearby parish decided to build a new hall for the community, they discovered, instead, extremely rare Viking burial remains. Experts were called in, and a dig proceeded immediately. 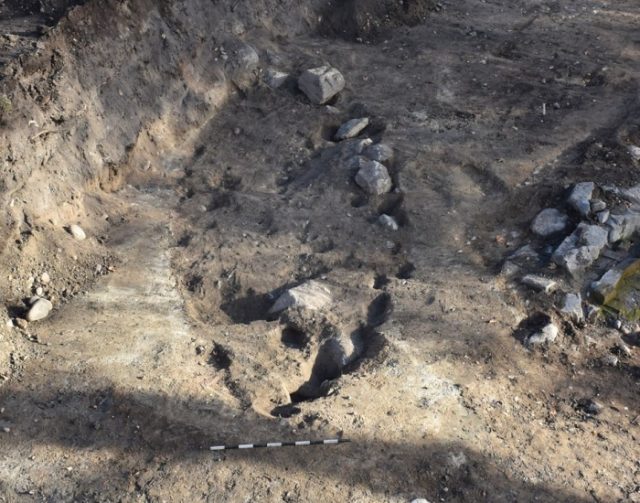 Imprint of one of the Viking ships. (The Archaeologists/State History Museums)

The team discovered two burial boats, a unique burial ritual used by the Vikings during the period from 550 — 1000 A.D. One boat was in remarkably good shape, although the other was less well preserved. Nonetheless, Anton Seiler, a spokesman for the dig, was delighted by the items recovered. He told CNN that the folks buried belonged to a select few in the community, probably well-off individuals who were respected.

“It’s a small group of people who were buried in this way,” he explained in an interview last July. “You can (assume) that they were distinguished people in the society of the time, since burial ships in general are very rare.” 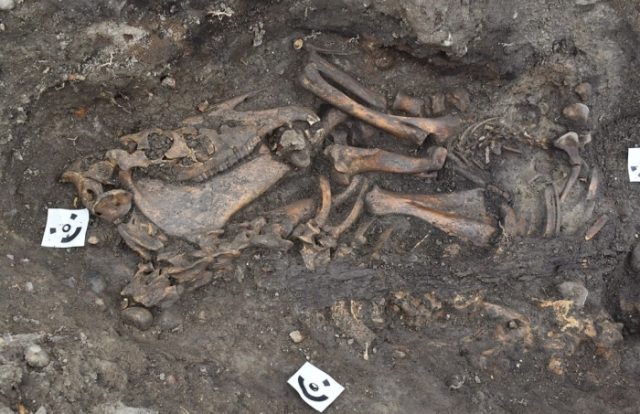 The one boat that was in good shape contained within it — and beneath it — important objects from the period, including a spear and pieces of one shield. Also discovered in the boat were the remains of a dog, a horse, and other animals and birds, including falcons and pigs. “This is a unique excavation,” said Anton Seiler of Swedish archaeology firm The Archaeologists. “The last excavation of this grave type in Old Uppsala was almost 50 years ago.” 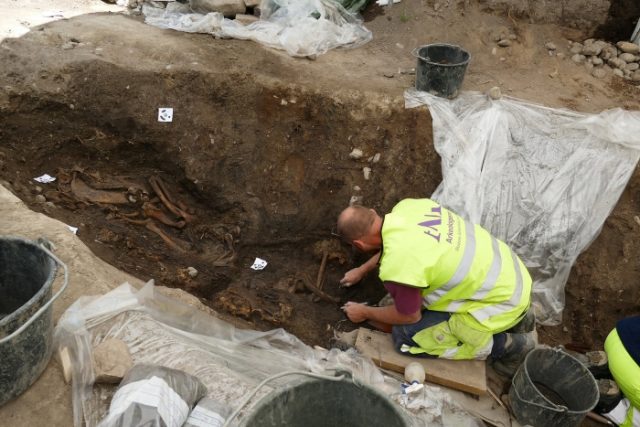 These finds were even more striking, the experts said. Seiler told CNN, “It is exciting for us since boat burials are so rarely excavated. We can now use modern science and methods that will generate new results, hypotheses, and answers.”

The site was kept out of the news initially, said Johan Anund, a member of The Archaeologists, part of the state-run National Historical Museums, because the team was concerned about vandalism.  In a July interview with the New York Times, Anund confirmed that the find was highly significant in part, because the remains proved that the common custom at the time, cremation, wasn’t undertaken. “Uncremated boat graves are extremely rare,” he stated in the interview, “and the chance to excavated them is even scarcer.” He added that the dig represents a “once in a lifetime opportunity for archaeologists.”

He added that Gamla Uppsala was an important place during the Viking era, one of political and economic importance.

Anund went on to explain why animal remains were buried. Although the burials were “very pagan,” he said,  the fact that they were not cremated, demonstrates that the edicts of Christianity were taking hold. “It was a message to the ‘other side’ about who was coming there,” he continued. Burying the man with his animals was a way of telling the ‘powers that be’ that a man of significance was resting there. (To strict Catholics, cremation is not an accepted practice even today.)

The team did not say what will become of the remains once they are fulled cleaned, tested and restored. But presumably they will one day go on display at one of Sweden’s many fine natural history museums, to give modern people another glimpse into the mysterious days of the Viking era.

« Nuclear Missile Silo for Sale in the Arizona Desert – Take a Look Inside
Hungry Wild Boars in Tuscany eat $22,000 of Cocaine to Foil Drug Dealers »