Before the zeppelin travel disaster of the Hindenburg in which 36 people were lost when the giant airship crashed and exploded in New Jersey in 1937, people looked forward to a future of travel in these graceful, lightweight zeppelins. They were more fuel efficient than airplanes which were just beginning to offer transcontinental service thanks to Charles A. Lindbergh’s successful flight across the Atlantic Ocean in 1927.

They were also much faster than steamships, the most popular mode of travel at the time, completing the journey in only forty three hours as opposed to almost a week on the sea. Because of their efficiency and new technology airships may be making a comeback, according to Smithsonian. 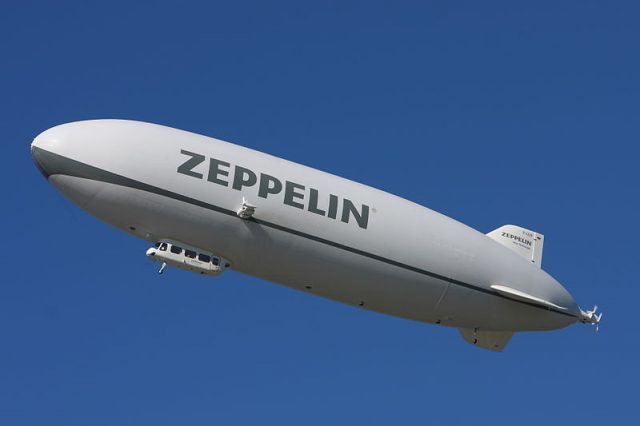 The Hindenburg was inflated with hydrogen, a highly flammable gas. As the ship came in to dock, an electrostatic discharge, a spark, ignited a leak of hydrogen. Dr. Julian David Hunt, along with his colleagues at the Energy and Water Programs at the International Institute for Applied Systems Analysis in Austria, are conducting a study with the intent of proving that airships can lower CO2 emissions from shipping commercial goods by not only using hydrogen, a cleaner, renewable source of fuel, but by using the winds of the jet steam which are reliably west to east. 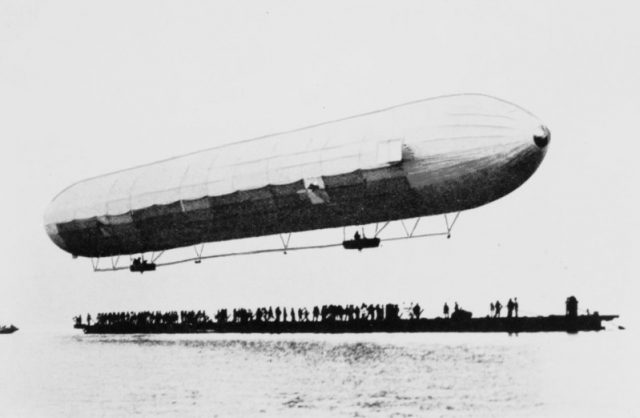 The first zeppelin ascent over Lake Constance, Switzerland in 1900

The team is conducting research on dynamics, new designs, different propulsion systems, solar power, wind turbine power, and a multitude of other methods to find a viable alternative to commercial aircraft and maritime shipping, according to ScienceDirect. Wind speeds were tracked for a year, and an ideal latitude was computed to be 36.5° with a round trip taking sixteen days in the northern hemisphere and −30.5° latitude with a round trip taking fourteen days for the southern hemisphere, considerably reducing the time it takes for maritime shipping. 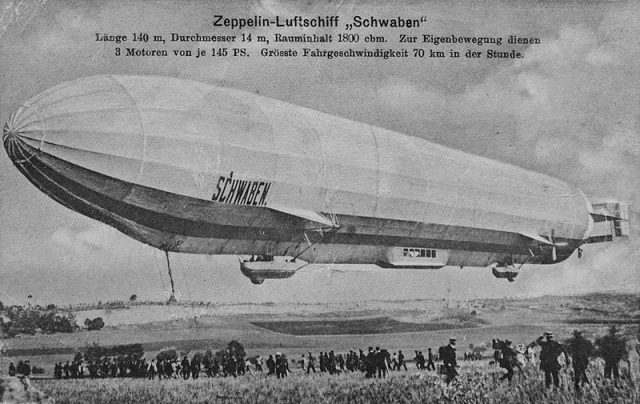 Postcard of the Zeppelin travel airship “Schwaben”, circa 1912

There are several different types of airships. The Hindenburg was a rigid airship which had an internal frame with individual gas cells and a fabric covering. There are also semi-rigid ships which keep their shape mostly from internal gas but have a rigid keel for structural integrity.

The most commonly seen airships are the blimps, such as the Goodyear blimp, which rely totally on internal gas, usually helium, to keep their shape. Zeppelin, however, is a brand name and applies only to ships built by the Luftschiffbau Zeppelin of Germany, founded by Count Ferdinand von Zeppelin, a German aristocrat and an officer in the army of Wurttemberg. Airships.net explains that zeppelins are usually rigid airships like the Hindenburg. 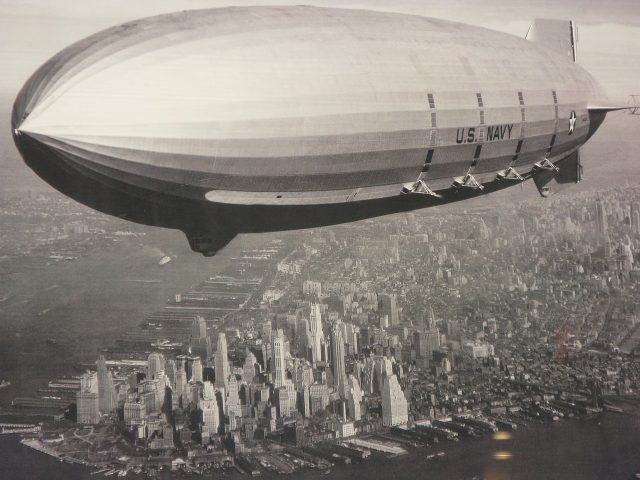 Goodyear blimps have flown over football stadiums and other sporting events for years with their brightly lit digital advertising and are a frequent sight among the residents of Akron, Ohio especially during homecoming season at Akron University. 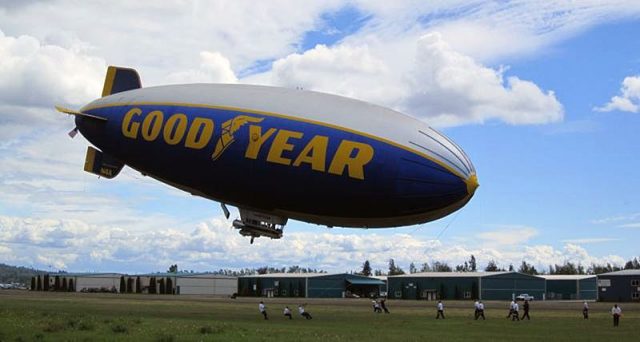 They are being replaced by Zeppelins, the newest being the Wingfoot Three which is housed at the Wingfoot Lake Base in Suffield Township just outside of Akron. While the ships in Akron only provide rides under limited circumstances and as prizes for contests, the German site in Friedrichshafen, Germany offers extensive scenic flights according to company website, ZepplinNT.

The disaster of 1937 did not completely curtail the use of airships. Centennial of Flight reports that when the United States entered the second world war in 1942, Congress authorized construction of two hundred airships which the Navy used for search and rescue, minesweeping, anti submarine patrols, photographic reconnaissance, and escorting convoys and civilian ships.

Three million square miles were patrolled by airships including both the Atlantic and Pacific oceans and the Mediterranean Sea. They could spot enemy submarines long before the surface ships knew they were there and could stay in flight for sixty hours.

Related Article: The most successful zeppelin ever built operated commercially from 1928 to 1937

The U.S. Navy curtailed the use of airships in 1962 and considered reviving them in the 1980s, but in 1989 Congress stopped all funding. It appears now, however, that travel by zeppelin may be reemerging as a shipping solution to transport goods with less environmental impact. Time will tell.