A remarkable trove of animal mummies, including cats, lions, other big cats, cobras, crocodiles, birds, and even an enormous beetle, has been discovered at the famous ancient Egyptian site of Saqqara. The lion mummies are especially an exciting find and Egyptian officials are hoping the allure of the big cats can boost sagging tourism and get visitors excited about visiting their country once again. “It’s wonderful promotion for Egypt,” said Khaled El-Enany, Egypt’s antiquities minister.

“I think it’s one of the most exciting series of finds in the world of animal mummies ever,” enthused Dr. Salima Ikram of the American University of Cairo in an interview with the guardian news website after the discovery was announced. She went on to explain that in ancient Egypt, cats were almost deified, and were used in sacred rituals.  “People would make offerings in the form of animals as mummies,” she said. “This would have more potency as a blood sacrifice, compared to stone or wood images.” 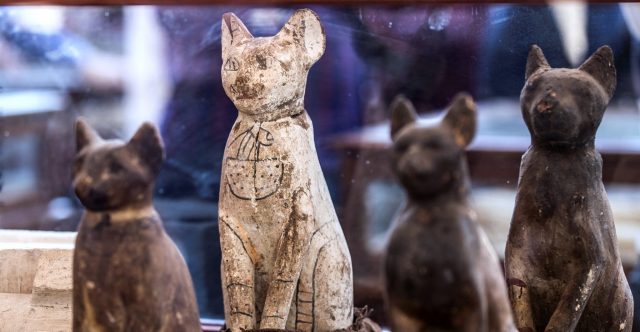 But plenty of bronze and wooden statues of cats were uncovered too, 75 of them.  More exciting are the five wild cat mummies found — two of which were lion cubs. (The precise species of the other cats — perhaps a leopard or cougars —  had yet to be determined when the government announced the find.) All will eventually be displayed at the Grand Museum of Cairo when it opens, perhaps next year. The venue’s launch has been halted several times, but officials say it may finally happen in 2020. 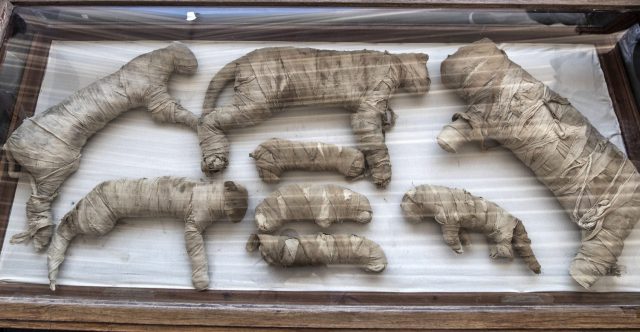 Egypt’s tourism industry is thrilled. The country has endured a severe downturn in tourism lately, largely because of political unease and security worries that make visitors wary. Once millions flocked to visit the pyramids and other fascinating historical sites of Egypt, but in the last three years or so, that number has tumbled. This archaeological news, plus the U.K.’s decision to lift a ban on flights to certain areas of the country, means that business might start booming again. 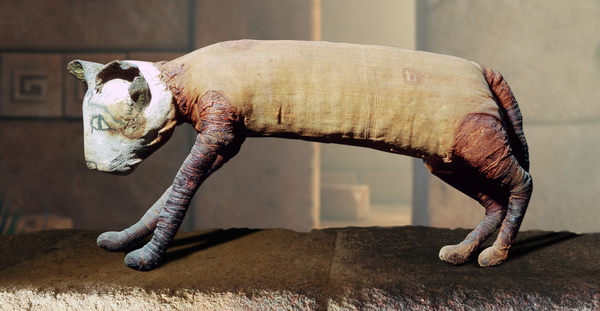 And it can’t come fast enough for officials, either. Khaled El-Enany, a minister of Egyptian antiquities, told the guardian,“It’s wonderful promotion for Egypt.”

The find was uncovered at the Saqqara necropolis, outside Cairo. In 2004, a fully grown, mummified lion was found there, and these recent remains were discovered nearby. That lion gave experts a great deal of insight into the role felines played in the burial rites of ancient Egyptians. 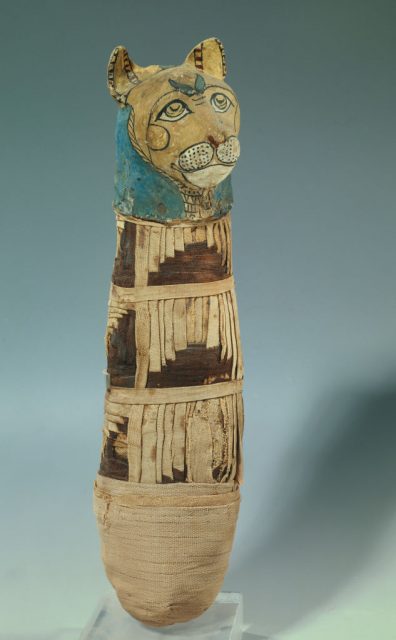 In addition to the cats, the dig has revealed crocodiles, snakes, and other animals buried in the necropolis.

Saqqara is an area of more than 60 square miles of pure, wondrous Egyptian history; in 2015 alone, approximately 10 million visitors flocked to see the royal tombs and other sites at the necropolis. No doubt this recent find will add considerably to the allure of Saqqara, which has been a designated Unesco World Heritage site since 1979.

Because the area is so vast, archaeological digs take an enormous amount of time; there is always something new waiting to be uncovered. Just last year, as illustrated in National Geographic, a priest’s tomb was found, intricately designed and in marvellous condition.

But animals hold a special allure — just ask any zoologist or marine biologist and they will agree; since time began people have been fascinated by animals and the role they play in our lives.

This latest discovery at Saqqara is further testament to that truism. And cats, whether one loves them or hates them, have a unique mystery all their own.