A newly unearthed photo of Billy the Kid is expected to make one family fabulously wealthy. There may be no more infamous symbol of the American West in the 19th century than Billy the Kid. He went by William H. Bonney, although he was born Henry McCarty in New York to Irish immigrants. He has been part of the romanticized, outlaw image of the Old West for well over a century; his end at the hands of a friend is a famous tale that has morphed into legend.

That notoriety did not escape the notice of Hollywood, of course. A quick online search reveals more than 50 films in which Billy the Kid is either the main character or a secondary one. His last days have been the central narrative of many of them, including “Pat Garrett and Billy the Kid,” a 1973 film by director Sam Peckinpah that endures as a classic among fans of the genre. So attracted are Americans to the story that the latter movie even features singer-songwriter Bob Dylan, who finally got his chance to play an outlaw on screen — a boyhood fantasy, he said at the time. 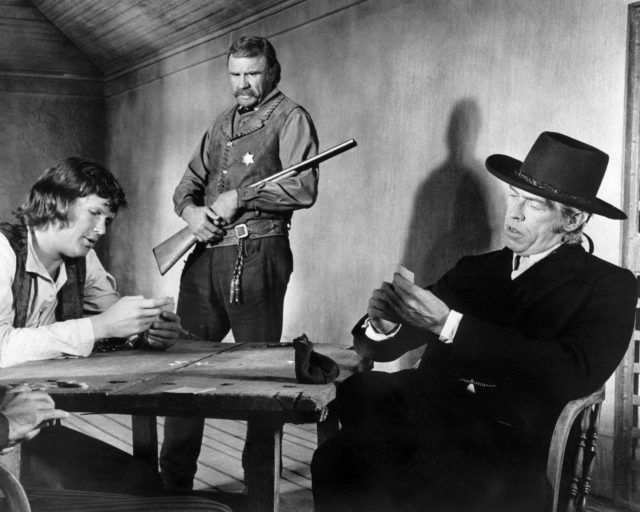 Card scene from Pat Garrett and Billy the Kid. Kris Kristofferson is Billy to the left and James Coburn as Garrett to the right. Getty Images

But images of the real Billy are few and far between, because his last day was in 1881, long before photography came into its own as a popular art form. Images in those days were captured on tin, thin sheets of the metal that rarely endured. 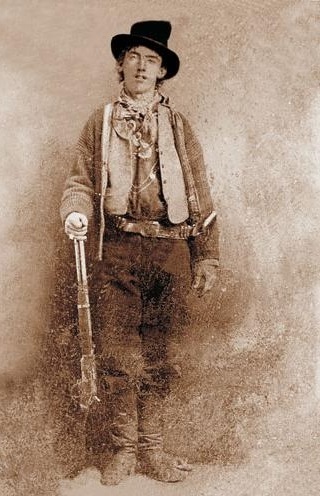 The 1877 photo in question was handed down through the family of one of Bonney’s cowboy friends, David Anderson, who rode under the name of Billy Wilson. The family says Bonney gave the photograph to Wilson, who’s widow in turn gave it to their grandfather, and they have kept it within their ranks for more than a century. It has never been made public before now. 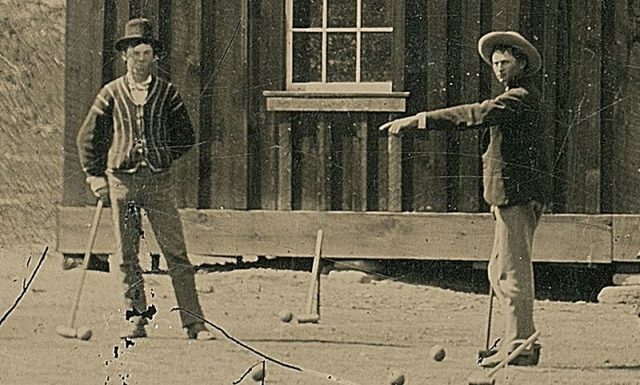 Tomas Anderson II recently explained to the Irish Central news website how his family came to own the one-of-a-kind picture. “When my family went to pay their respects to the widow of David Anderson at his 1918 funeral, she gifted him with, among other items, a small leather family photo album. “She explained to my grandfather’s family about the history of the photo, and how Billy had gifted the photo to her husband.”

So a second confirmed picture of Billy the Kid (second from left) has emerged. That’s incredible considering for over a century there was only one confirmed picture. Turns out a family had this in their possession the entire time and kept it quiet. Amazing. pic.twitter.com/EyBFnKXEz0

According to the auction house, Sofe Design Auctions of Richardson, near Dallas, there is no doubt about the photo’s authenticity. “This is historically important,” a spokesman told the Irish Central, “incredibly rare and one of a kind. It also possesses meticulous and irrefutable Anderson family provenance dating back three generations.” Furthermore, the photo has been verified by the Eastman Museum in Texas.

The picture shows Billy playing cards, presumably poker, with three other men from his gang. The Kid is wearing his distinctive top hat and waist coat, and looks more like a teenager than an outlaw. He was just 21 years old when Pat Garrett finally caught up to him.

Garrett was sheriff of Lincoln County, although he and Bonney are said to have been friends in childhood. Lore has it that when Garrett took on the mantle of sheriff, he urged his friend to get away from town, but “the Kid” refused. Soon, the sheriff did what he was supposed to do, and arrested Bonney.

The outlaw, however, didn’t remain in jail long. He soon broke out but didn’t get far; Garrett tracked him down and, as the story goes, shot his friend in the back.

Why Americans hold such fascination with the story of Billy the Kid is difficult to pin down; it is partly people’s romantic notions of the Old West at play, and partly a collective love for antiheroes. Their myths about the “wild west” factor into it as well. Their admiration for those who live outside the law while at the same time holding them accountable is a paradox of the American psyche, too.

Whatever the reason, this photo of Billy the Kid, and any others like it that may surface in days to come, will make rich the family about to sell it. That was something the Kid himself never achieved; in spite of his lawlessness, he didn’t manage to hang on to the money he “earned.” He was a poor man, leaving behind only a rich legacy that others continue to ponder, and be fascinated by.