The Nazca lines are some of the most mysterious human drawings on Earth, and over 140 new ones of various sizes have recently been found, using the help of artificial intelligence.

Peru is a country rich with mysterious, ancient symbols and artifacts, treasures of a once-glorious civilization that sill linger in its many caves, mountains and deserts.  Its secrets have fascinated archaeologists and scientists for centuries, since the days when the country could be accessed only by ship or train. Researchers have continually sought out the many intriguing aspects of Peruvian culture, and modern science has enabled them to learn a great deal about how life was lived in days gone by in this South American nation.

Now, thanks to modern technology, scientists are learning more than they dreamed possible, because artificial intelligence (A.I.) is making Peru’s ancient civilization even more accessible. 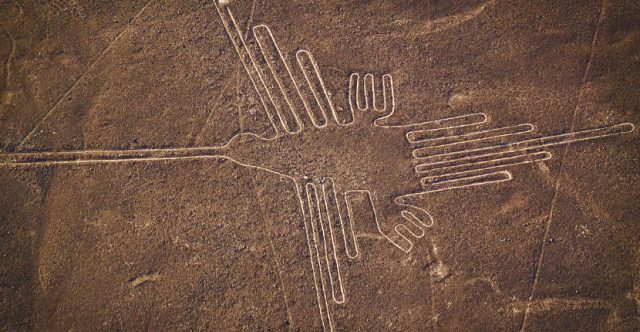 Nazca lines. One of the shapes purported to be a hummingbird. 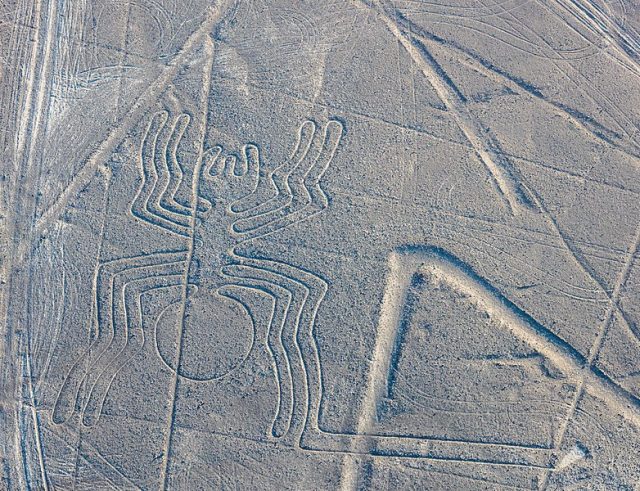 Nazca line figure purported to be a spider.

Approximately 100 years ago, scientists found an area of about 200 square miles in Peru’s southern desert filled with huge intricate carvings of animals and birds. These drawings, called geoglyphs, are known as the Nazca Lines, due to their geometric shapes and for the people who drew them, who were part of the Nazca culture. The drawings are carved into a plain on the desert’s coast, and were drawn, experts say, between 200 BC and 500 AD. 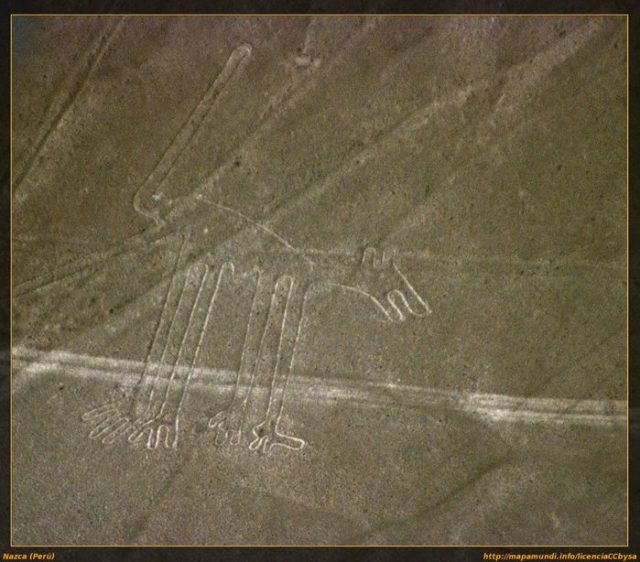 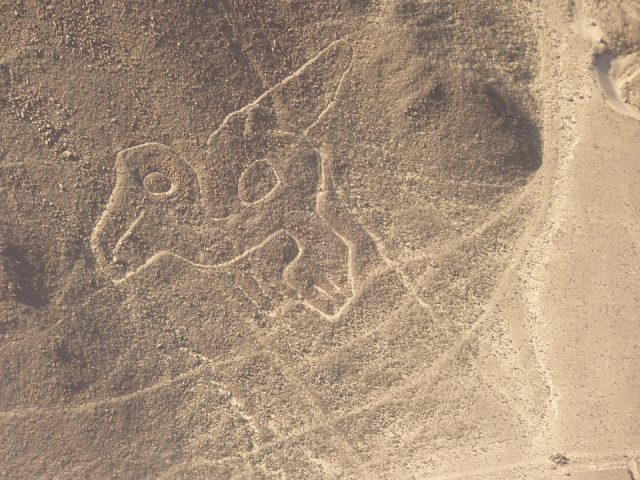 Image of the Nazca “parrot”.

Although the etchings have been thoroughly viewed using satellite technology, a team of Japanese researchers from Yamagata University theorized that they could learn even more with the help of A.I. They got together with “Watson,” which is the name given to an A.I. system developed by IBM. After inputing all the data relevant to the glyphs, they asked Watson to detect whether there were other drawings the team had missed during its previous research.

Sure enough, Watson confirmed that over 140 new drawings exist in the desert region.

Team leader Masato Sakai said in a recent media statement, “It is in an area that we often investigated, but we did not know the geoglyphs existed.” He cited one new drawing in particular that appears to have a human shape but is very large — about 13 feet tall and six-and-a-half feet wide. All the etchings are very simple in shape, though not in scale. Each one looks as though it might have been drawn by a child, the lines are so plain and elementary.

Other shapes Watson discerned were of plants and mammals including a two-headed snake, birds, and other humanoid figures. 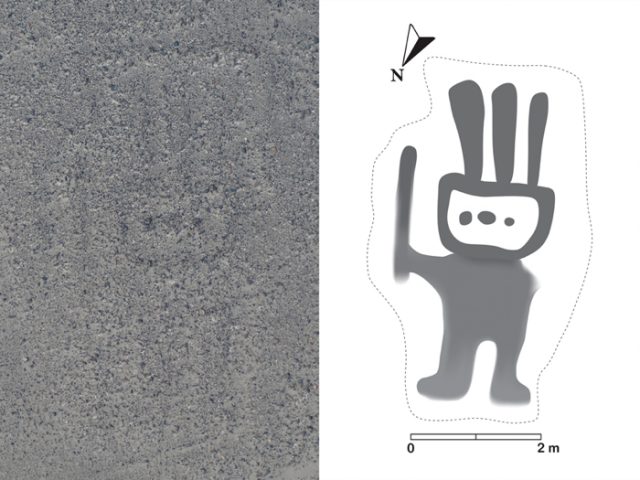 That the A.I. technology was able to assist archaeologists in their hunt for clues to Peru’s ancient civilization is intriguing, but Sakai said that the scientific discoveries are not, in and of themselves, the relevant issue. He believes that these latest drawings will go a long way toward ensuring the drawings — all of them — are recognized as important cultural symbols.

“The most important thing is not the discovery itself,” Sakai insisted, “…they should be cleaned up. If they become clearly visible, they will be protected as important cultural heritages.”

The glyphs, like so many other ancient relics in countries around the world, are in jeopardy from human encroachment. Where once few people traversed the deserts in Peru, now roads and highways crisscross them and put the vast drawings at risk of complete erasure.

In one case, a truck veered off the road and wound up leaving tire tracks on one of the etchings, marring it permanently. Farmers raising pigs illegally have done plenty of damage to the drawings as well. And of course, unpredictable weather has had an effect; in 2009, a huge downpour distorted part of a hand-shaped drawing.

Questions persist about the origins of the Nazca Lines, and archaeologists and historians remain unsure of the purpose — if any — they served. Some experts say they were used in fertility rites; others argue they had an astrological purpose.

Whatever the truth, the symbols are a vital part of Peru’s ancient culture, and deserve preservation and protection. Their existence offers testimony to the people who once roamed Peruvian deserts, and learning the country’s history offers knowledge about the culture that exists there today.

« E.T. and Elliott Reunited for the Holidays in Heartwarming Short Film
The Bizarre Creation of The Twilight Zone with Eccentric Creator Rod Serling »