One company is reimagining classic cars into futuristic electric roadsters. And it all began due to a breakdown! London-based businessman David Lorenz loved his vintage vehicles. But when his ride broke down he found himself sitting in the cold. It was then he had a chilling (quite literally) vision of the future.

“Breakdown services showed up 90 minutes later,” Engadget described. “My brain was going ‘How do we change this?’” Lorenz thought, realizing “that classic cars would eventually become too hard to fix and, therefore, inaccessible to his daughter Luna’s generation.”

Lorenz wanted his rusting legacy to become an electric dream. His plan came when he watched the Royal Wedding of Prince Harry and Meghan Markle. Lorenz noticed they traveled in a Jaguar E-Type Concept Zero, bringing a mix of classic design and green tech to world attention. The battery-powered classic convinced him he was steering in the right direction. 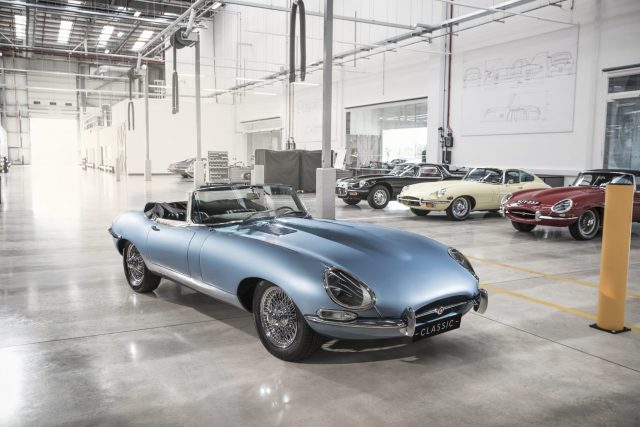 JAGUAR E-TYPE ZERO: “THE MOST BEAUTIFUL ELECTRIC CAR IN THE WORLD”. Photo by Jaguar MENA CC by 2.0

Working out of Silverstone Park, right next door to the legendary Grand Prix circuit, Lorenz hired Jon Hilton (formerly of Renault F1) as technical boss. The company is named Lunaz, after Lorenz’s daughter.

So how did the team go about bringing old world glamor into the new, planet-conscious world? Luxury isn’t the first word people think of when it comes to reducing environmental impact. But Lorenz has gone full throttle in finding the balance. Currently in the workshop are a 1953 Jaguar XK120 and 1960 Rolls-Royce Phantom V. 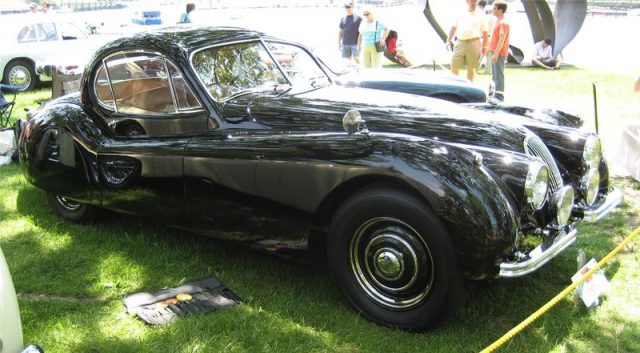 The human eye plays a key role in getting started, with an in-depth inspection of the vehicle from hood to exhaust. Then each corner is weighed “to assess the original’s car’s weight distribution (which will later feed into the chassis set-up),” writes the BBC’s Top Gear Magazine. Why is this done? By “respecting the old weight distribution” the car is given “broadly similar handling and that nebulous driving ‘feel’ on the road”, according to Engadget. 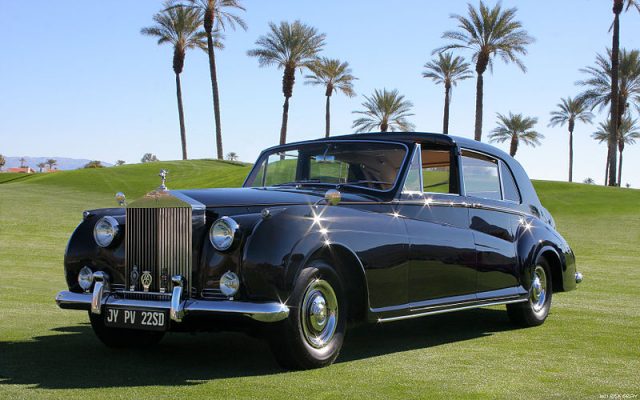 Going back to brass tacks with Top Gear, “the engine and drivetrain are ripped out.” The 20th century truly meets the 21st via a 3D scan, “in order to deploy the company’s ‘closely guarded’ electric propulsion tech.”

As befitting a much-loved mode of transport, the greatest care is taken while the vehicle is stripped, repaired and fine tuned from the ground up. And while reformed petrol heads may be sitting in a car with modern production values, Lunaz don’t want people forgetting the history of their purchase.

The interiors are fitted out to resemble their former selves as much as possible. Though there are some noticeable alterations. “The walnut-veneer dashboard now has a touchscreen that supports satellite navigation, music streaming and phone connectivity over Bluetooth” writes Engadget.

If this sounds like something out of James Bond, then the connection isn’t a million miles from the truth. 007 has encountered Jaguars and Rolls in his time – in the case of his last big screen outing Spectre (2015), he was pursued by henchman Mr. Hinx in a Jag C-X75. As for Bond’s car of choice the Aston Martin, that’s received an upgrade too via the classic DB6.

Of course the real power behind Lunaz’s vision lies under the hood. “The XK120, which is drivable and closer to completion than the Phantom V, has a twin motor system that can generate 700NM (or 516 in pound-feet) of torque and 375BHP. It’s powered by an 80 kWH battery pack, and the larger Phantom V has a 120 kWH version (the cheapest Tesla Model 3, for comparison, comes with a 54 kWh battery, at the moment.)”

Those impressive numbers are matched by the eye-watering price. £350,000 is the starting price for such desirable pieces of tarmac-burning history. That’s before tax!

Lunaz is reportedly limiting output, keeping things strictly prestige in nature. “The company will add three classic models to its lineup every year and build just 10 of each variety annually” says Engadget.  With Lorenz’s help, it seems the classic car will remain on the road for decades to come.