Incredible odds have been beaten by classmates of a ’58 Iowa high school class from the city of Ringsted. People often have mixed feelings about their high school class reunions. If they have done well for themselves, people will often see the events as an opportunity to show their former classmates that they have lived up to their potential. If they were particularly successful in high school, they may see it as a way of reliving those glory days. On the downside, reunions are also events that can remind classmates of how old everyone has become and those that have been lost.

Unless, of course, someone is a member of the Ringsted High School Class of 1958.

According to a story in the Des Moines Register, every single member of the class of 1958 is still alive. This remarkable fact was discovered by Del Matheson when he was organizing the class’s 60th reunion last year. He was putting together the mailing list to send out invitations, when he started wondering what the chances were that everyone was still alive. The class only had 14 students, but it still seemed like a long shot, given that everyone was in their late 70s. 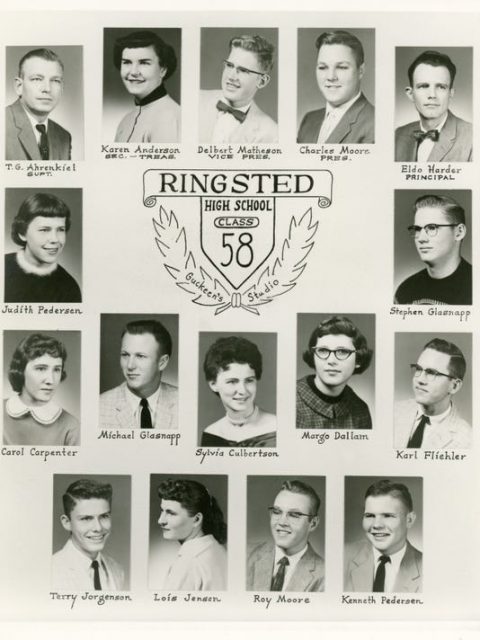 Matheson thought it would be a one in a million chance, but he was wrong. It was actually more like a 1 in 177,467,459 chance. According to a professor of Mathematics at Iowa State University, there’s not only a better chance of winning the Powerball, there’s a better chance of getting hit by lightning… twice.

Apparently, the members of the class of ’58 have made something of a game of it, talking every so often about which one of them is likely to die first. It’s not that strange a thing to wonder when you consider that the average lifespan in the US is about 78.68 years. It’s not even that life has left them all unscathed. Some of the former students have had major surgery, divorces, or have lost their spouses.

One of the classmates, Kenneth Peterson, almost had the admittedly dubious honor of being the first to go when he developed an aortic aneurysm last March, but he survived following a three-month stint in the hospital. The students even outlived the building where they went to school, which has since been razed.

The 14 graduates have all stayed in touch, largely thanks to the efforts of Del Matheson. Along with talking about who would be the first to go, the classmates have also talked among themselves about how it is that they’re all still here. 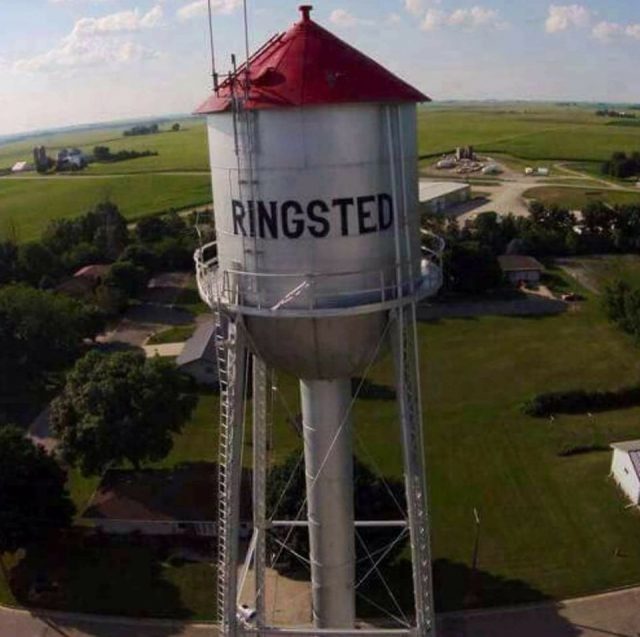 They were quick to rule out the idea of their longevity being genetic, since a number of them had their parents die not long after the class of ’58 graduated. Luck certainly had to play a role, but Lois Platter, Eileen Harkema, and Judy Eisenbacher, three members of that class, had their own ideas.

The two primary things the women identified were that they were all raised eating lots of home-grown, organic vegetables, and that, as a group, they were all pretty low-key people. None of the classmates were drinkers, and they all worked hard and had active lives. Most importantly, perhaps, is that being part of such a small-town environment allowed them all to grow up with a deep sense of belonging and of being part of something that was greater than themselves.

That’s not to say that the kids didn’t get up to the usual amount of youthful mischief. There were pranks over the years, as well as the occasional fun, but risky, activities. The school was so small the seniors put on their own prom, raising the money to do it by working in farmers’ fields.

Another real advantage to having such a small class is that it gave them an opportunity not just to bond closely with each other but also with their teachers and coaches. The class of ’58 kept in touch with those same teachers and coaches, even visiting them in nursing homes when they were nearing the end of their lives, which could only serve to increase the sense of everyone being connected.

Related Article: The 50-Star American Flag was Designed by a High School Student

Sixty-plus years later, they no longer all live in the same area, but they still hold reunions every five years. With their old high school gone, they usually hold the events in hotels, and everyone tries to be there. Even some of the teaching staff used to show up.

That could have been the last time the entire class can show up for a reunion, but you never know. They’ve already beaten some amazing odds.