A sealed and untouched Mayan “ritual” cave has been discovered in a truly momentous find. Sometimes you start out looking for something and, in the process, you find something else.  That’s what happened to a group of archaeologists who were looking for a sacred well underneath the Mayan city of Chichen Itza, according to National Geographic.

While they were searching for the well, they found a collection of over 150 ritual objects that were hidden away for a millennium.  The objects were hidden in a system of caves known as Balamku, ‘the Jaguar God.’  The discovery of the cave system was announced in Mexico City last March, by the National Institute of Archaeology and History.

Interestingly, it’s not the first time that anyone has found the cave system.  It was first rediscovered in 1966 by local farmers.  At the time, and archaeologist named Victor Segovia Pinto went in and took a look around, even going as far as writing a report that noted that there were a large number of artifacts the caves, but rather than being an excavation, Pinto had the farmers seal the entrance again, and any records related to the discovery disappeared.

It remained unknown and undisturbed until 2018, when it was rediscovered again.  This time the Balamku was found by an explorer from National Geographic, along with his team.  They were part of the Great Maya Aquifer Project, and were trying to find the water table beneath the Mayan city. 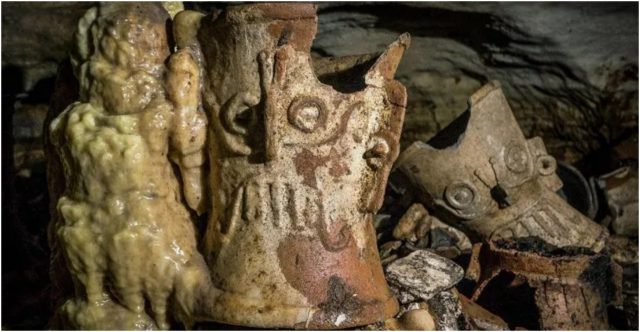 Untouched for 1,000 years, over 150 ritual artifacts were found in the cave at Balamku. (Karla Ortega, Great Mayan Aquifer Project, INAH)

While he was creeping his way through a series of small tunnels, the explorer, Guillermo De Anda, suddenly came upon a sizable cache of vases, incense burners, and many other objects that had been left as offerings by the ancient people of Chichen Itza.  Even more of a surprise, the collection was in a remarkable state of preservation, despite being surrounded by stalagmites.

Since De Anda found that first cache, seven chambers holding ritual offerings have been discovered in the caves. The chambers are deep under the city, and can presently only be accessed by traveling through a long series of tunnels, many of which are so narrow and low that researchers have to go through on their stomachs.

Despite the difficulty of getting to the chambers, the first archaeologist to visit the caves back in the ‘60s also clearly made the trip.  His original report was finally found not very long ago by an archaeologist from University of California.  That report noted that there were more than 150 objects in the cave, many of them bearing images of the Toltec rain god and other sacred symbols. 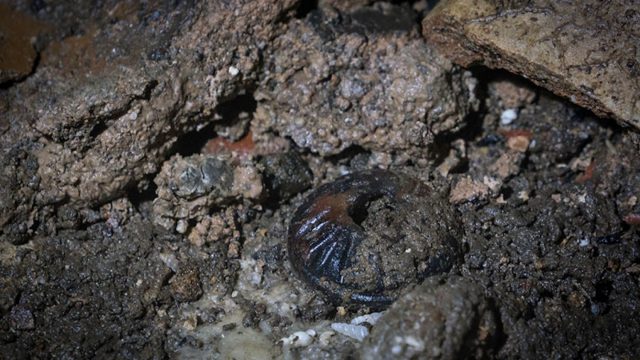 A similar cave was found not far away, back in 1959.  It also held sacred objects, but less than half as many as at this site.  That find was also more accessible.  De Anda thinks that’s important.  He remarked that while quantity isn’t more important than information, he found it telling that such a huge repository of artifacts was located in a place that was so hard to get to. 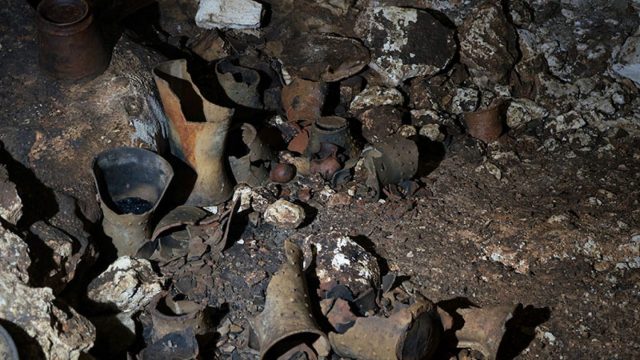 De Anda’s rediscovery of the find means that Modern archaeologists who specialize in Mayan culture may be able to learn some new things about the level of contact and interaction between different Mesoamerican cultures of the time, and other information about the history of the Mayan people prior to the city’s fall. None of that answers the question, however, of why Pinto decided to reseal the caves back in the ‘60s, rather than study them.

Historians do know that among the Mayan people, a ritual cave was considered entrances to the underworld, and were thus considered extremely sacred, even to the extent that they played a role in social organization and site planning, according to Mayan archaeology expert Holley Moyes.

The technology available to scientists has improved dramatically since the middle of the last century, which means that they may be able to get a lot more useful information by using methods like 3-D mapping.  That information could help answer questions about not only the sorts of rituals that went on in the caves, but also about the city above them.

According to De Anda, it’s not currently known why Chichen Itza declined and fell, but Balamku should be able to help answer that question with its collection of artifacts and organic matter.  It’s been speculated that the area was devastated by severe droughts.  Some researchers further believe that the extreme weather cycles in the area were exacerbated by deforestation further south.

Once the contents of Mayan ritual cave have been fully catalogued and analysed, the actual circumstances of the time will be much clearer.  In fact, it may even offer some insights into the sustainability of cultures during periods of environmental instability, which has modern-day applications, despite its historic roots.