The Apollo 11 moon mission almost didn’t make it back. Pretty much everyone in the world who was alive and old enough on July 20, 1969 will always remember when Neil Armstrong and Buzz Aldrin stepped on the Moon. The Apollo 11 astronauts cemented their place in history that day, but what if it had turned out differently? According to Buzz Aldrin in his 2009 book, Magnificent Desolation: The Long Journey Home from the Moon, they almost didn’t make it home.

After their first day of exploration on the Moon, the astronauts returned to the lunar module, the Eagle, and had their dinner of cocktail sausages and fruit punch before the two settled down to attempt to sleep. As there were no beds or even seats, Aldrin chose the floor and Armstrong sat on the ascent engine cover and rigged up a type of hammock in order to be able to stretch out his legs.

As Aldrin lay on the floor contemplating the Moon dust all over the module, which, according to Microsoft News, he claimed smelled like gunpowder, he noticed something strange on the floor. The trip had not allowed for much sleep, and at first Aldrin wasn’t sure if he had seen the object or not, but concentrating on it, he suddenly realized it was a circuit breaker that had somehow broken off when the astronauts had suited up into their cumbersome gear and backpacks to step out onto the Moon. 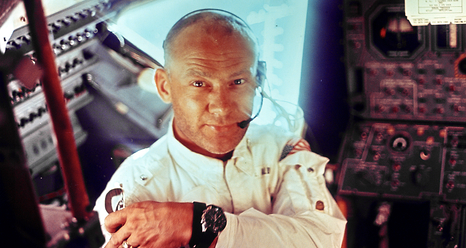 Interior view of the Apollo 11 Lunar Module shows Buzz Aldrin prior to the lunar landing mission. Photo taken by Neil Armstrong and supplied by NASA

EE Times relates that Aldrin searched the multitude of breakers on the circuit panels and soon discovered it was the engine arm circuit breaker, the circuit that would power up the lunar module to leave the Moon and return to the orbiting command module, the Columbia spacecraft piloted by Michael Collins. Aldrin knew immediately this could be catastrophic. 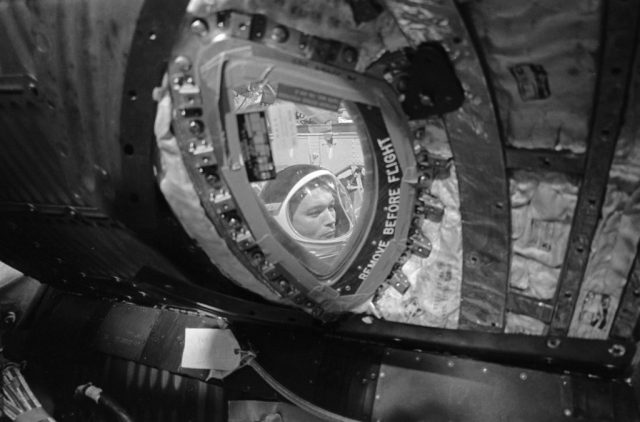 In order to keep the lunar module as lightweight as possible, only the most necessary controls had been covered. Wiring, plumbing, and switches were all exposed in the cramped module, according to History. Several plans were put into place if there were problems with the lunar module docking with Columbia which included Aldrin and Armstrong leaving the module and being picked up by Columbia, but there was no plan in place if the astronauts couldn’t get off the Moon. 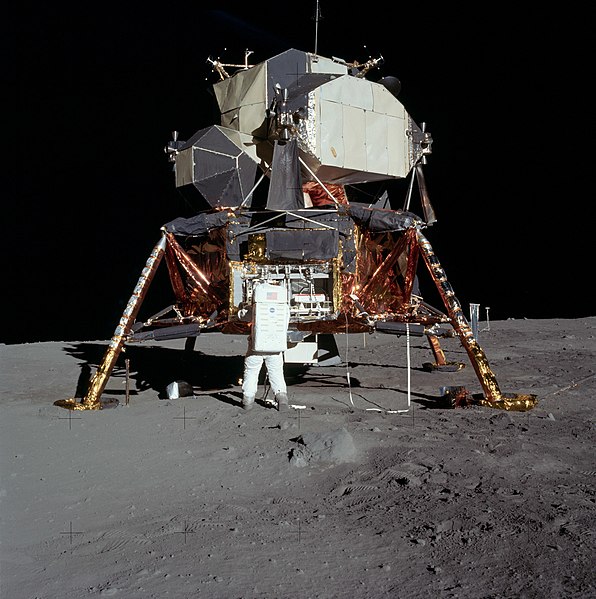 They had no way to get up to Columbia, and Collins had no way to get close enough to the Moon to help. The broken circuit breaker was reported to Houston Control who told Aldrin not to worry about it and get some rest. After spending about six hours in the cold, confined module attempting to sleep, the two received their wake up call from Houston only to hear that the earthbound engineers had not come up with a solution regarding the breaker. 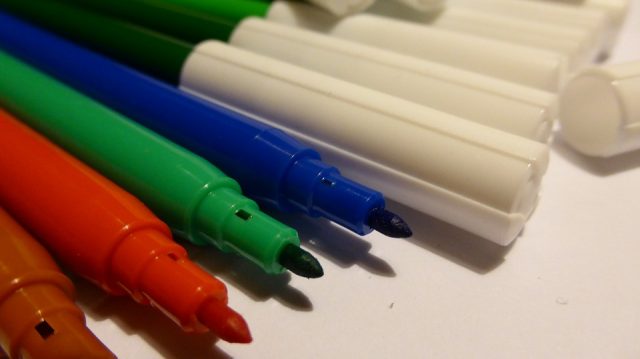 Aldrin studied the problem and came to the conclusion that if he could find something to fit in the hole left by the broken breaker it might stay on. Because the switch was electrical, Aldrin hesitated to use his finger or a metal tool but he remembered that he had a felt tip marker in the pocket of his flight suit. He used the pen to push the circuit in and it stayed. Even though the circuit was on, Aldrin and Armstrong knew there could be no errors when lifting off of the Moon. Not only could they not be rescued by Collins, they only had enough oxygen for a few more hours.

As we all know from history, the Lunar Module lifted off without a hitch and the Apollo 11 astronauts were delivered safely to Columbia and then back to Earth on July 24th where they were picked up in the Pacific Ocean by the U.S.S. Hornet. According to Aldrin, he still has the circuit breaker switch and the pen as a keepsake of the possible danger they were in and ingenuity to get them out of it.

Smithsonian Air and Space Museum notes that, while on the Moon, the Apollo astronauts left a plaque signed by then President Nixon, Aldridge, Collins, and Armstrong that reads, “HERE MEN FROM THE PLANET EARTH FIRST SET FOOT UPON THE MOON – JULY 1969 A.D. WE CAME IN PEACE FOR ALL MANKIND.”