An Assyrian tablet featuring a chilling demon has been identified. Some years ago, a clay tablet written in an extinct Semetic language, Akkadian, was discovered in northern Iraq at the ruins of the city of Assur where modern day Qalʿat Sharqāṭ is located. The tablet, according to Futirity, uses cuneiform, one of the most ancient writing systems which uses wedge shaped characters, and it is estimated to be about two thousand seven hundred years old.

It was found among other tablets in the library of Kisir-Ashur, a medical doctor who also performed exorcisms and other supernatural rituals. Kisir-Ashur was a medical student and practitioner in about the 7th century BC. The tablets, now in the Vorderasiatisches Museum in Berlin, show the progression of the education and experiments of Kisir-Ashur as well as lists of cures and medicinal plants.

Scientists have examined this particular tablet over the years, but, according to Live Science, it wasn’t until 2016 when Troels Pank Arbøll of the University of Copenhagen studied the tablet during a postdoctoral fellowship and noticed what seemed to be a demon drawn on the reverse side of the tablet. 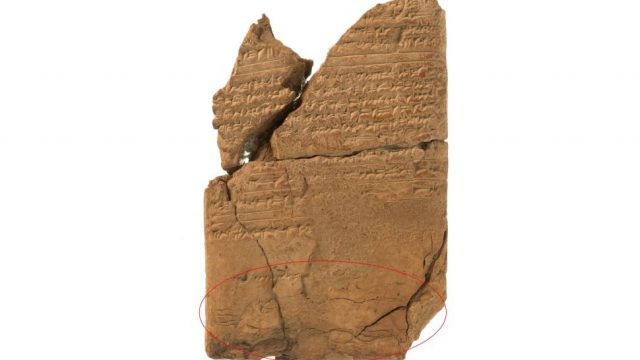 According to Arbøll’s research paper at Academia, the drawing of the demon on the Assyrian tablet, partially missing, can only be seen at a ninety degree angle and “the figure is roughly 6.4 centimeters high and 2.6 centimeters wide, and it is clearly anthropomorphic.” He notes the drawing shows curvy horns, a serpent-like forked tongue, and a long tail. 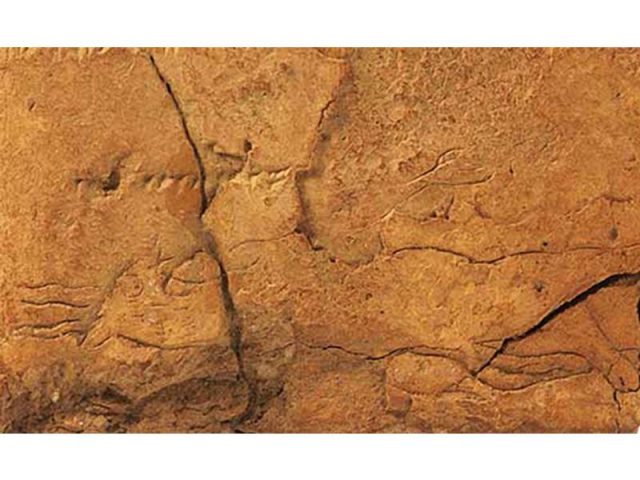 Its horns and face are at left, its legs on the right. (Courtesy of Staatliche Museen zu Berlin – Vorderasiatisches Museum, Olaf M. Teßmer)

Arbøll states that this particular demon was believed by Assyrians to be a servant of the Mesopotamian god, Sin, who was responsible for what they termed madness. The writing with this image discussed cures for seizures caused by bennu, or what we would term epilepsy.

This particular Assyrian tablet shows the demon that inhabited the body and caused epileptic seizures. It is unusual to find a drawing of a demon in a medical text, according to Smithsonian Magazine; generally images depicted figurines used in healing rituals.

I have a new article out on a newly discovered drawing of a Neo-Assyrian demon connected to psychological and neurological disorders, which may be the earliest illustration of epilepsy in a demonic form (see drawing)! Available for free via following link https://t.co/Wo2P6MUoMp pic.twitter.com/lAVNZX7bAm

Ancient Assyrians believed almost all illnesses were caused by ghosts, gods and goddesses, and demons used as agents by the Mesopotamian moon god Sîn, among others. According to Diagnoses in Assyrian and Babylonian Medicine: ancient sources, translations and modern medical analysis by Jo Ann Scurlock found on Google Books, a passage in medical texts used at the time states that doctors believed that if a person’s illness bothered them at night, it was caused by a ghost.

While Assyrian physicians had a good understanding of the symptoms of illnesses, it was the causes they couldn’t get right as they had no knowledge of germs and inherited diseases. They did, however, recognize mental illness as a valid issue, something modern medicine has only recently addressed.

Ancient texts describe both clinical depression and bi-polar disorder as separate problems although they believed the cause was that the gods and goddesses were angry at the individual.

Mesopotamians knew of good health practices and had sewers and bathrooms in their homes. Their lavatory demon was Sulak who would strike if hands were not washed. They were aware that cleanliness played a big part in reducing disease and commonly washed before eating and rituals. They may have known about sterilization as well, as some medicines were boiled and reeds were used to cut umbilical cords, and they understood contagion and the need to quarantine some individuals.