The Sad Downfall of a Genius – What Went Wrong for Nikola Tesla?

Nikola Tesla started his career with much promise as one of the foremost intellects of his (or any) time and ended it broke and despairing in a New York City hotel room in 1943. Why did this happen? How could such a brilliant and unique mind end up in such a way?

All inventors come up with ideas that don’t work, are too expensive to create or fail to become popular and practical. They are human, after all, and bound to make mistakes no matter how bright they may be. Tesla, for better or worse, could rarely see any failings in anything he created and was reputed to be an “overly” proud man. Perhaps that was warranted, given his amazing intellectual abilities, but that can also cloud one’s better judgement at times. 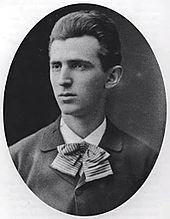 Combined with his unfortunate lack of business acumen, and unsociable habits stemming from an alleged personality disorder, a recipe for disaster in both the professional and personal realms was born. Furthermore, most of the time he seemed incapable of getting along with fellow inventors and businessmen, whom he desperately needed to fund his more outrageous and forward thinking inventions. 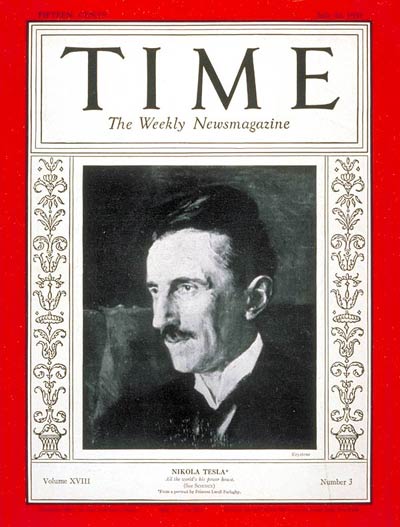 For one of his most ambitious projects he did manage to convince one individual, however — the very wealthy and powerful oil man J.P. Getty. When Tesla decided to build a massive communications tower in Long Island, New York, he went to the magnate for funding.

While Tesla may not have had much aptitude in business himself, he was (at least in this instance) a terrific salesman, and convinced Getty to invest $150,000 USD — an enormous sum in 1898. This latest scheme would prove to be Tesla’s ultimate failure, however, as even Getty lost faith in Tesla’s plans and refused him more funding. 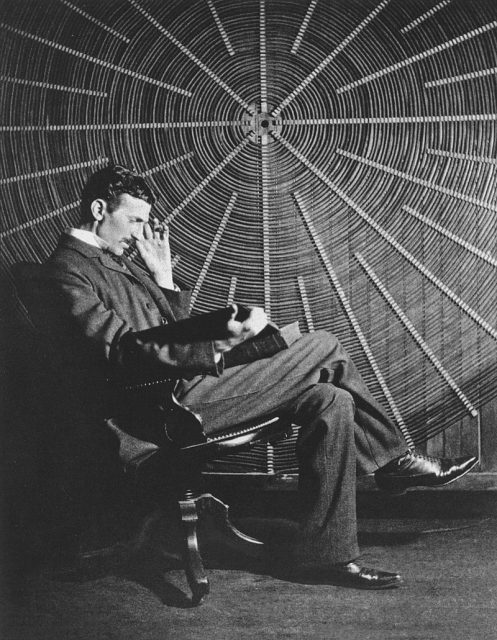 Tesla sitting in front of a spiral coil used in his wireless power experiments at his East Houston St. laboratory

Tesla wanted to build a worldwide communications system, starting with Wardenclyffe, a massive tower built in the centre of Long Island, New York, in 1898. From there, Tesla dreamed of sending out the first overseas, wireless transmission, and thought the plan would finally bring him the fame, respect and recognition he deserved, but that had eluded him his entire career. 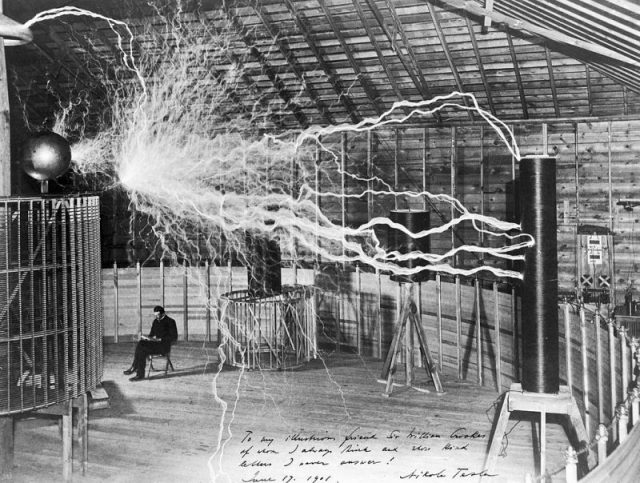 Unfortunately, Tesla’s lack of business savvy, particularly as his competitors like Edison and George Westinghouse progressed rapidly in the field, would prove to be his undoing. When he ran out of funding, Wardenclyffe had to be abandoned, and it was Tesla’s personal and professional undoing.

There were signs in his early life that Tesla did not have the temperament to succeed in business, no matter how many brilliant inventions he patented or how hard he worked in his lab. He was said to have suffered from obsessive-compulsive disorder and had many strange habits connected to it, more on that can be read in the article at the end of this story. He was one of the most brilliant minds in history but his peculiar personality made it difficult for him to fully live up to his potential. 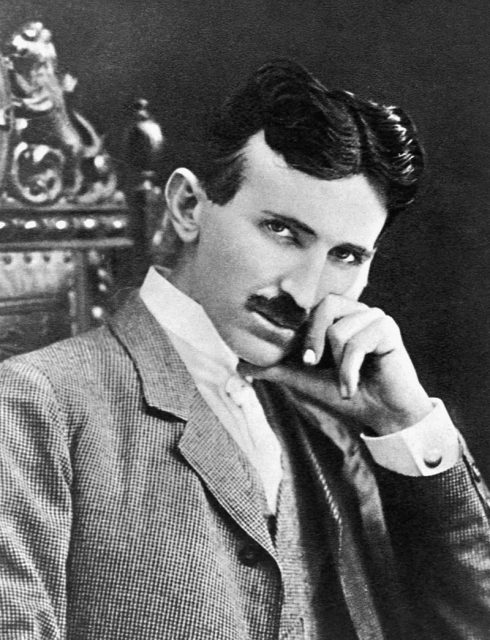 He suffered an emotional breakdown in the late 1870s, not long before sailing to America in 1884 with no contacts and no money. But he did have a letter introducing him to Edison, from one of his university teachers. Edison hired Tesla immediately, but the men did not get along and soon Tesla was on his own again.

His work in the field of alternating currents (AC) with his financial backer Westinghouse directly competed with Thomas Edison’s DC current and even with that of Guglielmo Marconi, the Italian inventor whom we associate most closely with the invention of the modern radio and wireless transmissions. After a series of stumbles, Tesla never again made a mark in any electronics field, and soon passed away penniless and unhappy in a New York City hotel.

We know today, thanks to modern mental health science, that Nikola Tesla likely suffered from OCD and other issues that rendered him incapable of acting in his own best interests throughout his life. It is a sad tale, the end for an inventor who was every bit as smart (probably more so) as his competitors, just not able to cope with the vagaries of life in business and social circles. Therefore he was misused, mistreated and “kicked to the curb” in realms that he deserved to enter, and in which he should have thrived.

Today, in hindsight, we recognize him as a brilliant, forward thinking man, worthy of any accolades that come his way – including being the namesake of the Tesla car company. With every passing year history becomes kinder and kinder to Tesla’s reputation, and found empathy for this man who was, in the end, probably his own worst enemy.