Accusations have been made against TSA that they destroyed a precious and rare instrument during an airport search. Ballake Sissoko is a renowned musician from Mali.  He plays a traditional West African instrument called a kora, or bridge harp, a 21-stringed instrument with a crystalline sound.  He has fans internationally and has 10 albums out, either as solo works or in collaboration with other artists.  Sissoko has only just completed a tour in the US, and is scheduled to begin another in Europe later this month. Which is now something of a problem.

In early February, he returned home to Paris after completing his tour in the US and opened the case that held his kora, only to discover that the instrument was in pieces and totally destroyed, presumably by TSA agents at JFK airport in New York, according to a report by NBC News.   Sissoko’s kora was custom made, and ‘impossible to replace.’ 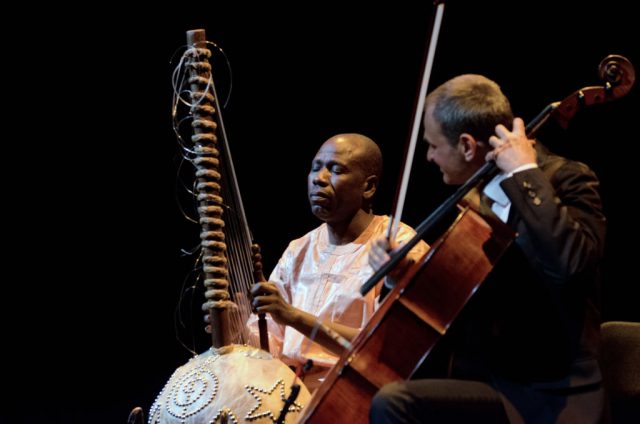 He said that, typically, TSA agents just open the case and look inside, given its odd shape, but that this time his instrument had been completely taken apart.  He felt that it was a terrible situation, and was hoping that an apology would be forthcoming. Instead, a spokesperson from the TSA denied that the agency had anything to do with the broken instrument.

While the spokesperson voiced his sorrow that Sissoko’s kora had been damaged while it was being transported, he also denied that any member of the TSA opened the case, saying it was unnecessary as the instrument didn’t set off their alarms when it was screened for possible explosives. 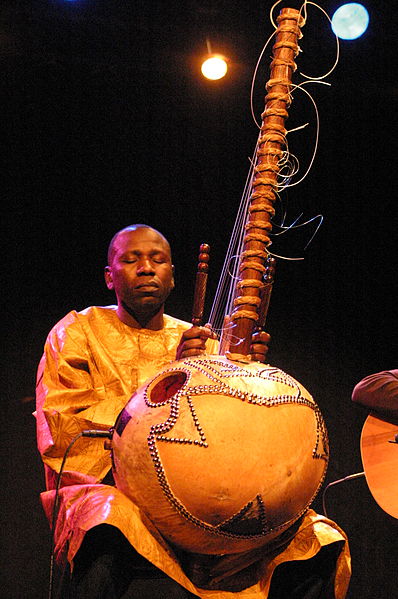 Ballake Sissoko playing his kora. Photo by Ggal CC by 3.0

A note from the TSA, written in Spanish, accompanied the case holding the broken instrument.  The note reading “smart security saves time,” and saying that the case may have been selected to be searched for prohibited items. The note was inside the case, proving that TSA agents had certainly opened it. Sissoko posted on his Facebook page about the incident, including pictures clearly showing the damage to his instrument.  The soundboard and neck of the kora had been separated, the bridge and strings yanked off.

According to the New York Times, his manager, Corinne Serres, pointed out that the instrument had already been through a number of international flights and screenings without ever having sustained any damage.  She further pointed out that type and extent of the damage done to the kora seems impossible to a result of some chance mishap, and would require ‘bad hands’ to make it happen.

“His instrument is part of him,” Ms. Serres said. “That’s why it’s so precious. It is totally ridiculous to say that the kora can have been disassembled by transport,” she said. “This kora travels worldwide and recently went to India, China, Japan, Finland.”

Sissoko feels that the act shows both profiling and cultural insensitivity.  In the video he posted on his Facebook page, he remarks that many musicians of his acquaintance have seen that customs officials are often not very careful when screening instruments, but he also finds himself doubting that agents would disassemble a Stradivarius violin or other priceless classical instrument. 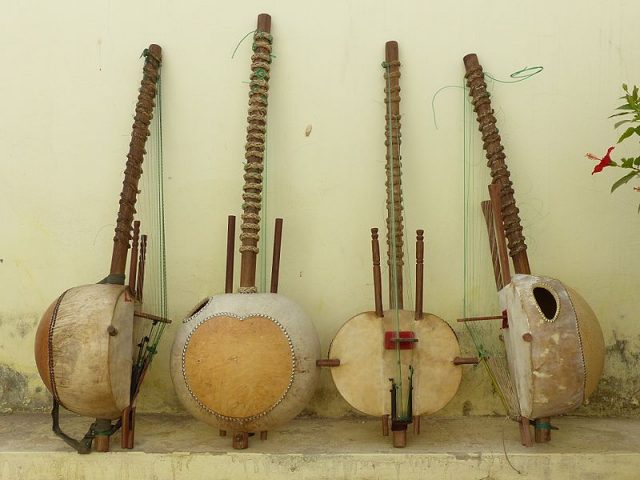 The TSA said that they investigated issue.  They examined a bag tag that was attached to the case, checking the tag against their screening records.  The records showed that although the case had been scanned, it failed to set off any alarms and therefore would not have been opened.  They went on to say that a sticker was put on the case that showed it had been scanned and cleared, at which point it would have been put on a conveyor to the baggage room so it could be loaded on the plane.

The TSA website says that it checks around 1.4 million bags daily, most of which are never touched by agents.  If a particular bag is chosen for a random search, the agency puts in a notice saying that the bag has been checked for forbidden items.

The site also says that musical instruments have to be scanned whether they are being carried on the flight or checked, and the agency needs to be notified if there are any special instructions relating to the handling of a given instrument.  Corrine. Serres said that Sissoko’s kora case was well-marked with stickers saying it was fragile, and it was obvious it shouldn’t be mishandled.

Arturo Diaz, a spokesperson for Air France, said that all checked luggage is given to the TSA for screening immediately after it’s been checked, before it’s loaded on the plane for transport, and that Air France’s policy is not to open checked luggage.  If they have concerns about anything, they have the customer open the bag themselves.  He says that it looks as if the damage did, in fact, occur while the TSA was screening the case and that it’s certainly possible that TSA destroyed the instrument.

Related Article: The Eerie Sounds of the Theremin – Music of the Future that Arrived 100 Years Ago

Sissoko has been playing the kora since he was 13 years old.  Now, in his early fifties, he has traveled all over the world for performances, eventually moving from Mali to France, and forming his own troupe.  With his instrument destroyed, he will now have to travel to Bamako, the capital of Mali, to obtain the parts for a new kora.

« Archaeologist on Trial for Forging Earliest Depiction of Christ’s Crucifixion
DNA Study: We may be More Neanderthal than Previously Thought »