The infamous Kansas homestead of America’s first serial killer family known as the “Bloody Benders” is now up for sale. When Kansas was opened up for settlers by the Kansas–Nebraska Act of 1854, easterners flocked to the west to stake their claims to cheap and sometimes even free land. In 1870, John Bender and his son John Jr. came to stake their claim of one hundred and sixty-two acres near the town of Cherryvale in the southeast corner of Kansas.

After building a large, one room dwelling with a stone cellar, they sent for Mrs. Bender and their daughter, both named Kate. The family settled in and were apparently model citizens with Kate Jr. becoming known in the area as a self-proclaimed healer. Indeed, model citizens, except for one thing – they were the first serial killers in Kansas. Now their land is up for auction.

According to Kansapedia, the Benders hung a canvas divider and used the front part of the building as a general store and inn. Kate and her daughter planted a garden and an orchard and gave travelers the chance to eat and rest up before they continued their travel on the Osage Trail. 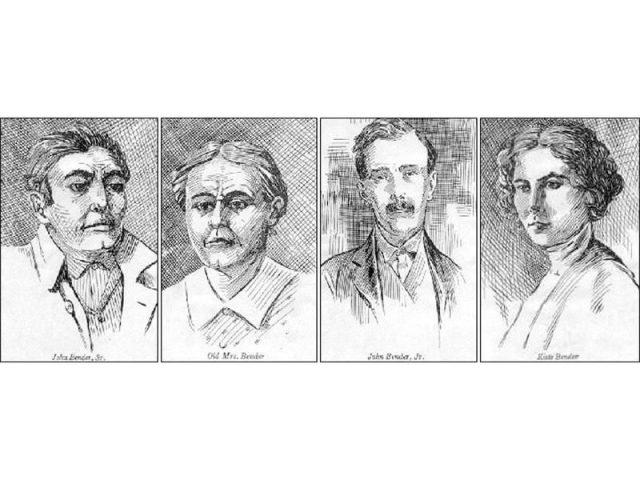 When George Loncher of Independence lost his wife, he and his daughter decided to travel to Iowa to stay with family, but they never arrived. His wagon was found about eighty miles away, near Fort Scott, but there was no sign of the occupants. Not long after, Dr. William York of Independence was returning from Fort Scott but never made it home.

The knife the Benders used. Courtesy of Kansas Museum of History

The area was easy prey for robbers, and a man going missing now and then was somewhat common, but after eleven people had virtually disappeared, people began to take notice, especially when it was someone as prominent as Dr. York. His brothers went to the Bender Inn, and the family said he had stopped there but didn’t stay. In their search for their brother, Alexander and Edward York put out word that every farm would be searched. 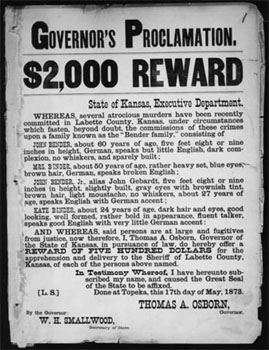 The Bender Proclamation announcing a reward for their capture.

A few weeks later, people noticed that the Bender’s livestock were not being fed, and the inn seemed to have been deserted. Left in the house were only three hammers, a knife, a clock, and a Bible. The neighbors thought that the Benders were the latest victims, but when their farm was searched, an incredibly gruesome sight was waiting for them.

1873 photograph shows the infamous Bender Inn the day after the grave digging began.

There was a trap door leading to the cellar where the floor was covered in old dried blood. About eleven bodies were found buried in the orchard and on the grounds including Dr. York and George Loncher and his daughter. Some were so mutilated it was difficult to determine which pieces belonged together.

It is believed that Kate or her daughter would have had the guest sit in a chair in front of the canvas divider and one of the men would smash the skull of the guest from behind with a hammer and open the trap door for the body to fall down to the cellar. The other man would cut the throat of the victim and they would take all of the valuables. After dark the bodies would be buried on the property. Although substantial rewards were offered, the Benders were never found. 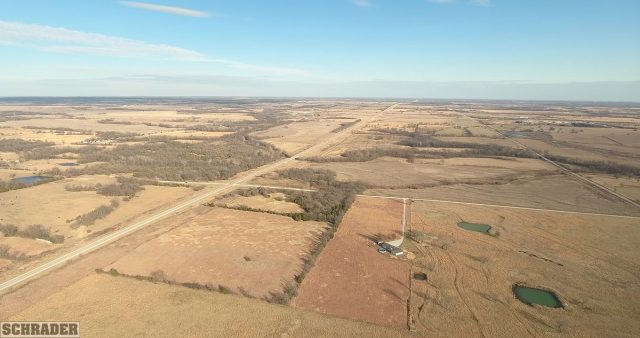 Aerial view of the Bender property by Schrader Auctions 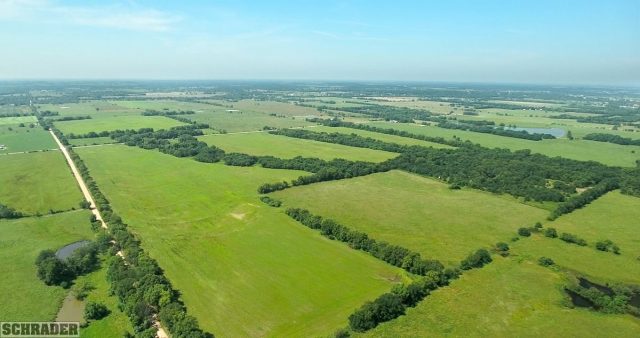 Smithsonian Magazine reports that the property of America’s first serial killer family was up for sale in February of 2020. According to Salina Journal, the auction manager, Brent Wellings, says he doesn’t believe the property has been scanned or searched for more bodies. The buildings built by the Benders have been gone for over a hundred years, and the present owners have owned it as farmland for about sixty years. The location of the house and the gardens isn’t known.

The sale includes 15 properties totaling one thousand and sixty-one acres of which the former Bender property is Farm 2 or Tract 9, described by Schrader Real Estate and Auction Company as consisting of one hundred and sixty two acres of “… mature trees and a beautiful view overlooking the Drum Creek and the farmland bottoms below.”

« DNA Study: We may be More Neanderthal than Previously Thought
Divers can Finally Explore the Wreck of the Britannic – Titanic’s Sister Ship »