The Cherokee Nation are donating precious seeds to a remote vault facility. From the dry and dusty American Plains to the chilly climes of Norway, the move is a first for Native Americans and represents hope for the future… the expression “seeds of change” has never been more relevant!

Described by Anadisgoi – the Cherokee Nation Newsroom – as “traditional heirloom seeds”, the deposit will take place on February 25th. The Svalbard Global Seed Vault, set inside a mountain on the island of Spitsbergen, has been open for business since 2008. It holds close to a million seed samples, filed away in case humanity should need them. To this end, it also has the cheery name of the “Doomsday Vault”. 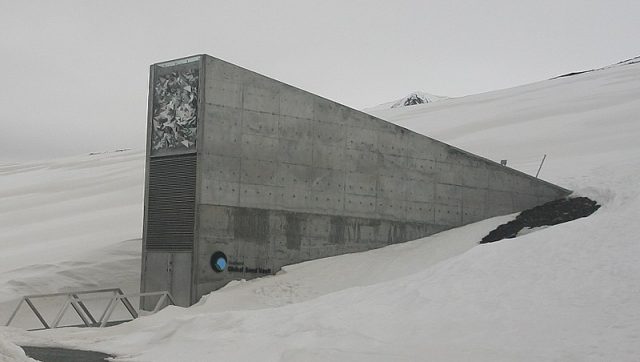 The Svalbard Global Seed Vault. Photo by Miksu CC by 3.0

The scientific environment of the Vault may seem at odds with a spiritual way of life, but for the Cherokee it guarantees their legacy should a catastrophe befall the planet. “As Cherokee, one of our beliefs or tenets is that, as long as we have our Cherokee plants, the Cherokees can remain,” says the Nation’s senior director of environmental resources Pat Gwin. Quoted by Modern Farmer, he comments “To me, this lends a little bit of infinity or perpetuity to that belief. Cherokees cannot be Cherokees without their Cherokee plants.” 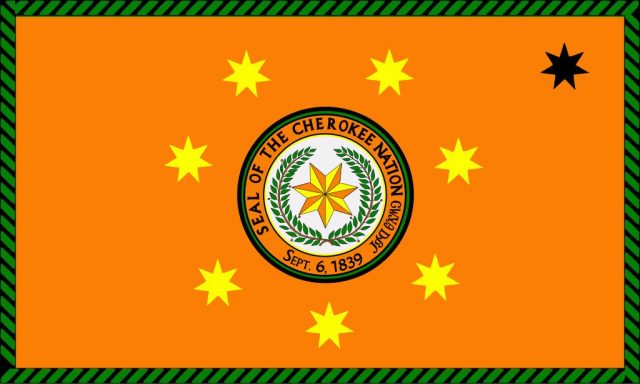 Flag of the Cherokee Nation. Image by Hosmich CC by 3.0

The seeds were planted and enjoyed long before Europeans arrived on the scene, making them unique to the Cherokee. This donation is a first for indigenous American people, though samples were stored from Peruvian tribes in 2017.

9 seeds in total have been entrusted to the Vault by the Cherokee. The most prominent is sacred White Eagle Corn, with Anadisgoi adding that “Other seeds sent to the seed bank include Cherokee Long Greasy Beans, Cherokee Trail of Tears Beans, Cherokee Turkey Gizzard black and brown beans, and Cherokee Candy Roaster Squash.” 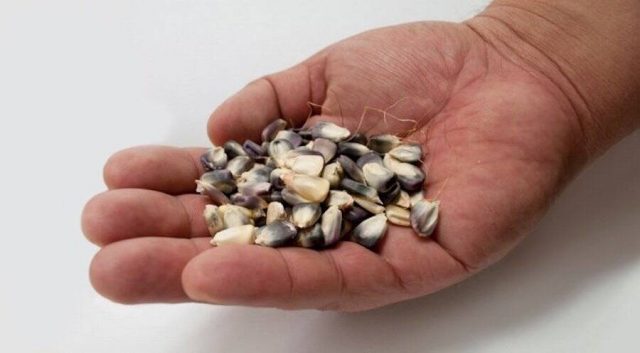 Cherokee White Eagle Corn is traditionally used during the tribe’s cultural events and will now be permanently kept in the Svalbard Doomsday Vault. Photo: Cherokee Nation

“It is such an honor to have a piece of our culture preserved forever,” says Chuck Hoskin Jr., the Nation’s Principal Chief. “Generations from now, these seeds will still hold our history and there will always be a part of the Cherokee Nation in the world.”

Citizens of the Cherokee are also welcome to collect what remains of these heirloom seeds. The seed bank program ships treasured crops to people’s door, though as with any offer there are stipulations… “Cherokee Nation citizens are limited to two varieties of seeds.”

Having a seed vault located out in the ice and snow has its advantages, though it isn’t the easiest place in the world to get to. 2015 saw the release of documentary Seeds of Time, that followed American agriculturalist Cary Fowler’s efforts to get the facility built in the first place.

In conversation with Science Insider, Fowler explained “There isn’t an endgame”, or limit to what the vault could achieve. “There will always be new diversity. The story ever ends… Having had cancer twice, I was quite unsure if I would ever live to see the day that we have 1 million. But since I’m reasonably healthy and we have 864,000 accessions, I think I will see that day. We have the ability to store 4 to 4.5 million samples at Svalbard.”

There was also a potential safety issue at the facility, when it experienced a water leak back in 2017. The culprit was melting permafrost, though it’s understood that the seeds weren’t affected.

“Technically, the vault is a back-up of back-ups held all around the world,” wrote Science Alert, “with the fact it’s buried 1300 kilometres (over 800 miles) beyond the Arctic circle providing not just a remote stronghold, but a cold, dry environment that would continue to keep them safe if the power ever fizzled out.”

Generators maintain a nostril-freezing temperature of minus 18 degrees Celsius. And if the world ever did lose its juice, the vault would reportedly stay at a seed-friendly temperature for 2 centuries! Similar facilities are being established in the Arctic for things like data. So if humankind ever did find itself out in the cold, it would have to… well, go out in the cold to rebuild civilization.

The Cherokee contribution of seeds to the vault is amongst the most significant in its collection. Modern science meets ancient tradition… it doesn’t get more collaborative than that!