Recent coastal erosion in the state of Washington has uncovered Native American remains in two locations along the seaside Highway 101. In September of 2018, sixty-six year old Tim Finch, a resident of nearby Sequim, was walking along the beach in Port Williams and saw what looked like a human skull bobbing in the water. He retrieved it and found that it actually was a human skull, and it was attached to a stake for some reason. 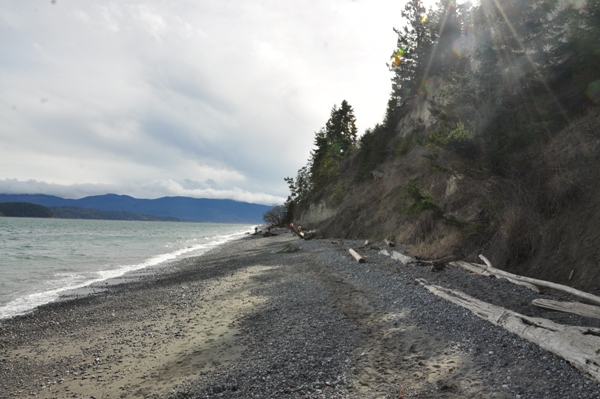 The skull was missing its jawbone but still had one tooth. Finch gave it to the Clallam County Sheriff’s Office which in turn gave it to the King County Medical Examiner’s Office. They determined it was well over one hundred years old. They then forwarded it to the state Department of Archaeology and Historic Preservation for a final determination from state Physical Anthropologist Guy Tasa. Dave Brownell, Jamestown S’Klallam Tribal Historic Preservation Officer remarked that because the skull was found near the site of a former Klallam village, the Klallam tribes will decide what is to be done with it.

Fast forward to January of 2020, when Port Angeles resident Matt Kiddle and his four year old son, Ivan, were bicycling along the Olympic Discovery Trail looking at the erosion that has washed most of the trail away. They also found an adult human skull and a child’s jawbone and shoulder blade. 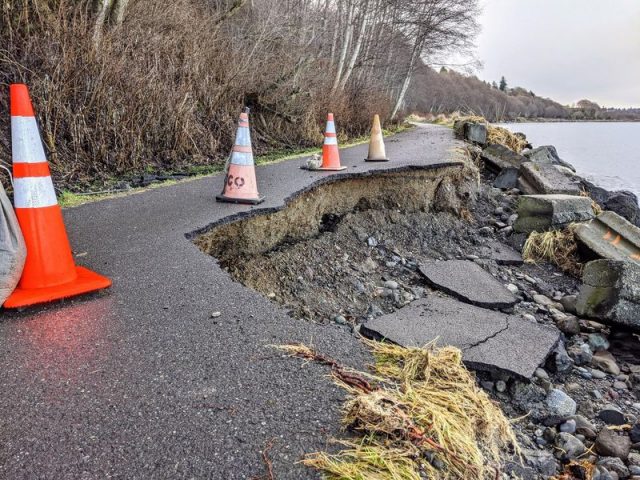 Kiddle, who works in the medical care industry, was quick to notice the mature teeth in the skull and was aware that the bones were old. He moved them to an area where the tide would not wash them into the sea and notified the sheriff. A few days after Kiddle and his son made their discovery, another person found part of a hip bone. At the end of January, archeologists and high ranking tribe members began a dig and found even more human remains. These remains were also sent to the Washington Department of Archaeology and Historic Preservation to be analyzed.

According to Peninsula Daily News, the remains have been determined to be between five hundred and one thousand years old and are, in fact, Native Americans and members of the Klallam tribes. Another of the tribes associated with the Klallam, the Lower Elwha Tribe’s archaeologist, Bill White, said the harbor waterfront was inhabited hundreds of years ago by a Klallam village that was sustained by halibut fishing. 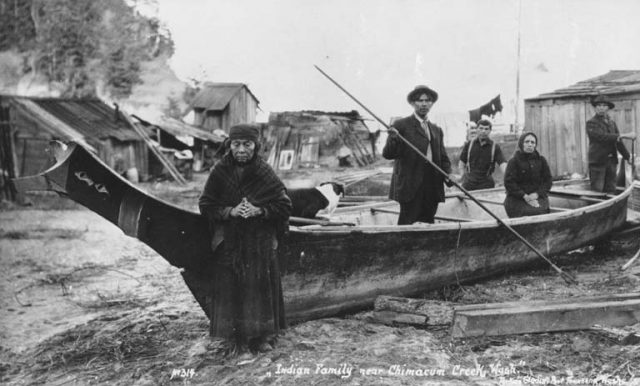 People of the Klallam tribe (the Hicks family) pose with canoe near Chimacum Creek, Washington, ca. 1914

The bones were most likely unearthed not only from the erosion but because Clallam County and the city of Port Angeles are attempting to complete a project to repair a two mile area of trail that has been damaged by storms and is collapsing. Although West says protecting the area where the bones were found is of paramount importance, the repairs to the trail must be completed in time for the Frosty Moss Olympic Discovery Relay which is scheduled for February 29th. 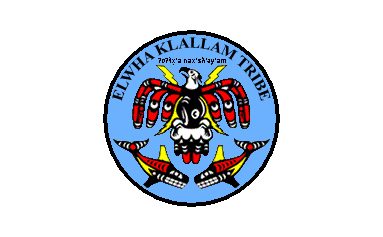 Flag of the Lower Elwha Klallam Tribe. Photo by Xasartha CC by 3.0

They are protecting the area where the Native American remains were found by covering it with textile fabric held down with loose stone acting as a breakwater. According to elwha.org, the website of the Lower Elwha Klallam Tribe, the Klallam village of č̕ixʷícən, or Tse-whit-zen, was found in August of 2003 just two miles west of the Discovery Trail while work was being done on the Hood Canal Bridge.

Over one hundred thousand artifacts and three hundred and thirty-five human burials were found from a culture that has thrived since about 750 BC, around the same time Romulus and Remus were fighting over a settlement in Italy that would eventually be called Rome.