A 12,500-year-old Native American site has been unearthed in Connecticut by road crew workers constructing a bridge. Now, more evidence of the culture and society that existed in New England thousands of years ago has been uncovered in Connecticut, at an archaeological site containing approximately 15,000 artifacts.

Like occasionally happens, the site was uncovered when the soil was disturbed for a reason that had nothing to do with history or archaeology. Work was being done to build a bridge over the Farmington River, near Old Farms Road, in Avon, Connecticut.  However, when the operation began, something entirely surprising was discovered — ancient tools and other artifacts that gave testimony to the thriving culture that once existed there.

Because workers had to dig down approximately six feet, one clue after another slowly emerged that this was no ordinary, modern work site. When construction crews began uncovering the evidence of a former settlement beneath their feet, they contacted Catherine Labadia, a staff archaeologist at the State Historic Preservation Office. Once she and her associates had a chance to examine the findings, the site was cordoned off and excavation was started. 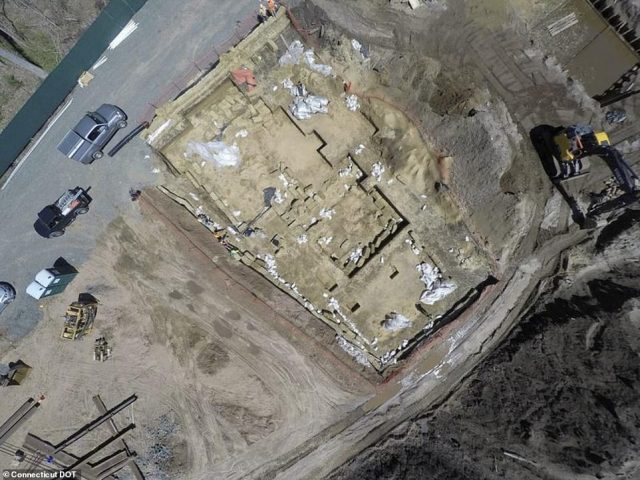 12,500-yr-old ancient Native American settlement uncovered in Connecticut that experts say was once home to southern New England’s earliest inhabitants. The site was discovered while constructing a bridge over the Farmington River in Avon. Photo: Connecticut Department of Transportation

It is a particularly momentous discovery, Labadia told the news website the Daily Mail, because such discoveries in this region of America have been rare, until now. `This is the once-a-lifetime opportunity to look (at a site of this age) in Connecticut. This has the potential to make us understand the first peopling of Connecticut in a way we haven’t been able to.” The site has been named in honor of Brian D. Jones, the state archaeologist who passed away last summer. 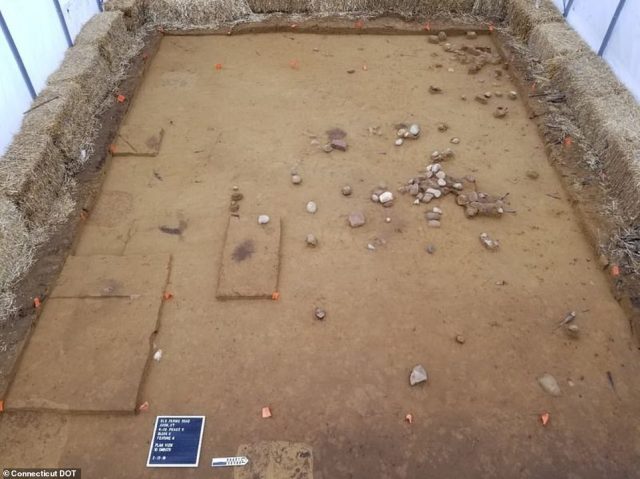 The site dates back to a time known as the Paleoindian Period. Photo: Connecticut Department of Transportation

In addition to the many tools uncovered, more than 24 “features” have been found as well. Features is the archaeological term used for “traces of behavior” or “human activity” said David Leslie to the Daily Mail. Leslie is senior archaeologist on the dig. In this case, the features include holes and walls, each one indicative of early Native American residents. 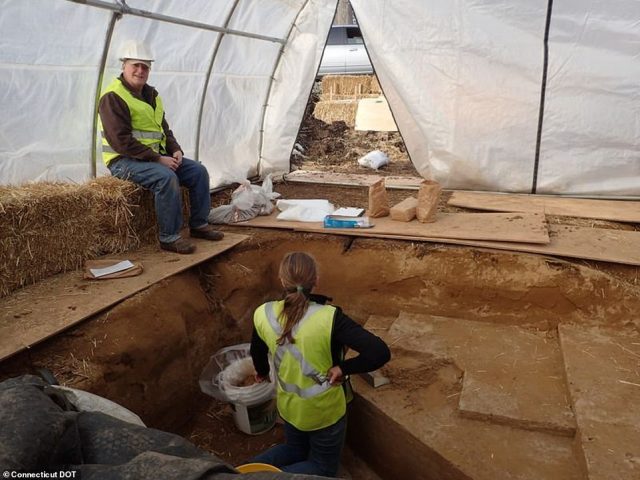 The project required deep excavation for the construction of the bridge, which is the only reason this site was discovered. Photo: Connecticut Department of Transportation

Experts say the site is approximately 12,500 years old; the era is known as the Paleoindian Period. In addition to the many tools found, an open fire pit was also discovered. The findings reveal much about the hunting styles of the Indigenous people who lived there, too. 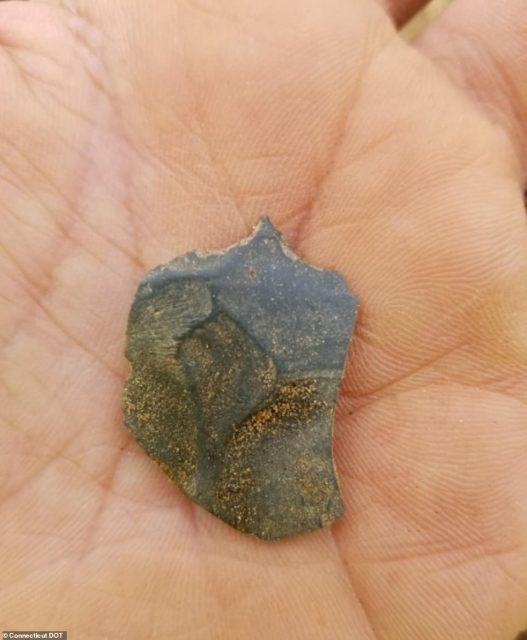 The team uncovered 15,000 artifacts, most of which are ancient tools. Photo: Connecticut Department of Transportation

A new study, by professor Karl Hutchings of Thompson Rivers University in British Columbia, Canada, told the Daily Mail that the tools found are very illuminating about the hunting habits of the Indigenous people. 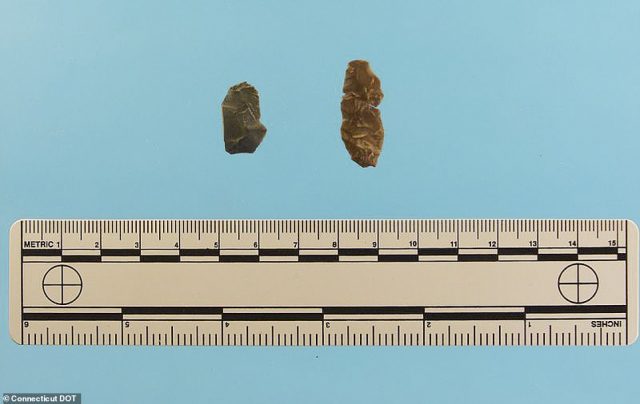 Hutchings, an anthropologist, said, “Close-range weapons such as the javelin or spear are well-suited to terrain-based hunting strategies…. the Paleoindians were not tethered to trapping areas…thereby facilitating greater mobility and reduced hunting-group sizes.” In other words, fewer men were at risk when hunting large animals, and they were able to hunt over great distances.

Ironically, this ancient site would never have been discovered had it not been for the inevitable march of progress — building the bridge. In America, when a find like this is uncovered, federal law dictates that all work must cease until experts and researchers have the opportunity to learn what is hidden under the ground.

For the moment, work on the bridge has been halted. Archaeologists and other experts continue to excavate the Native American site in Connecticut, and the thousands of artifacts will gradually be cleaned, catalogued and stored. It is a painstaking process that will, ultimately, have much to say about the residents who first called Connecticut home, how they lived and hunted, and perhaps even their fate.

« What a Year for History! The 8 Biggest Events that made 2019 Amazing
Ever wanted to work at a Castle? These historic Scottish castles are Hiring »