Tomb of Rome’s Legendary Founder Romulus Believed to be Found

Is this the final resting place of Romulus? A recently discovered tomb may shed new light on Ancient Rome’s defining legend. Was the city’s famous founder contained in the sarcophagus? Archaeologists believe so but are hoping to find out for sure. One thing’s certain, that sarcophagus is now empty. But its location, an underground temple below the Roman Forum, is slap bang in an area of great political significance.

Alfonsina Russo looks after Rome’s ancient ruins as director of Parco Archeologico del Colosseo (Colosseum Archaeological Park). Live Science refers to comments she made, writing “The tomb itself would once have been beneath the ‘Comitium’ — the central meeting place of the ancient city where votes by public assemblies were conducted.” 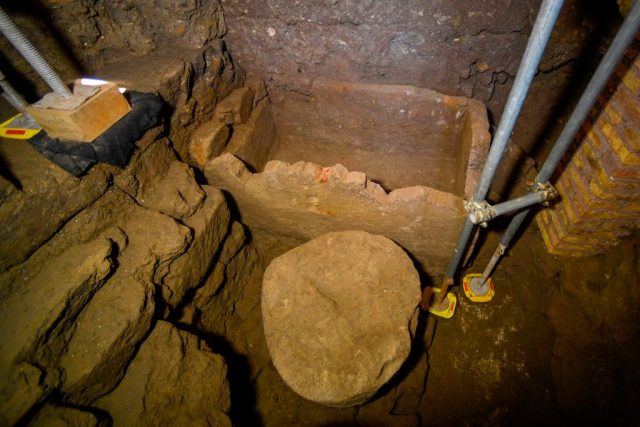 An ancient tomb thought to belong to Rome’s founder Romulus is pictured on February 21, 2020 at the Curia – Comitium in the Roman Forum of Rome, during its presentation to the media. (Photo by FILIPPO MONTEFORTE/AFP via Getty Images)

Romulus, one of the legendary founders of Rome and to whom the city is named after, was believed to have been taken out in jealousy by members of the Senate, so it isn’t a stretch to imagine the temple – or “hypogeum” to use a Greek word – as being related to the iconic figure.

Its close proximity to the Black Stone (“Lapis Niger” in Latin) is also highlighted. This shrine, paved with black marble, is said to represent either his grave or the spot where he met his end. The hypogeum also features an altar, so clearly no ordinary individual was laid to rest here. 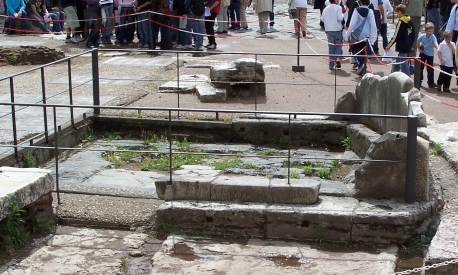 Lapis Niger in the Comitium in front of the Curia Julia (Forum Romanum, Rome)

The most important question is: did Romulus exist at all? Experts are pinning their hopes on a legend. Before he and brother Remus were born, much intrigue had occurred in ancient Italy. The twins’ grandfather was King Numitor, who ruled over the ancient city of Alba Longa. His younger brother Amulius had other ideas, and schemed to topple Numitor from the throne.

The future mother of Romulus and Remus was the King’s daughter, Rhea Silvia. She was made to become a Vestal Virgin by a triumphant Amulius, who wanted her and her offspring out of the way. This move placed her among the “priestesses of Vesta, patron goddess of the hearth; they were charged with keeping a sacred fire that was never to be extinguished and to take vows of chastity” according to the Ancient History Encyclopedia website. 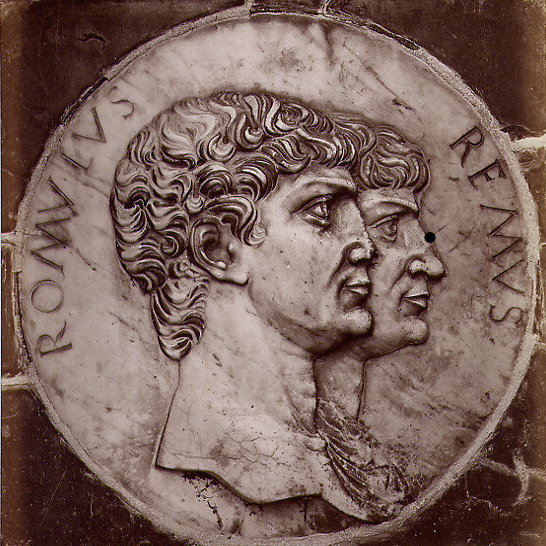 The identity of the brothers’ father is up for debate. The Encyclopedia writes, “Some myths claim that Mars appeared and lay with Rhea Silvia; other myths attest that the demi-god hero Hercules was her partner.”

When Romulus and Remus were born, it was a fly in Amulius’s ointment. Knowing the gods would be furious if he did away with the pivotal clan, he locked up the mother and hoped to bump off the twins by relatively non-violent means. “He reasoned that if the twins were to die not by the sword but by the elements, he and his city would be saved from punishment”. The unsavory options facing the servant tasked with carrying out the deed were drowning in the River Tiber, exposure or a live burial! 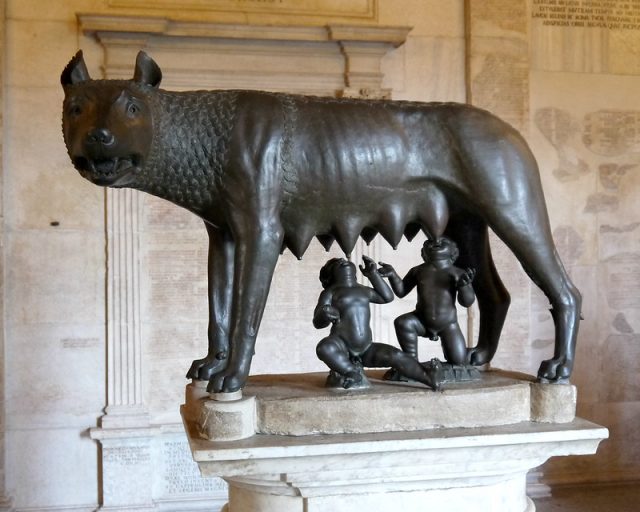 Remus and Romulus suckling on the she-wolf. Photo by Eden, Janine and Jim CC by 2.0

The servant decided to spare them and sent them down river in a basket. After being rescued by the god Tibernus and famously nurtured by a she wolf and a woodpecker, the brothers finally usurped Amulius and went on to build their own city, which became Rome. Problem was, they couldn’t agree where.

Romulus and Remus famously argued over the setting, with the former putting up a wall around his chosen location of the Palatine Hill. As might be expected with a tale thousands of years old, the sequence of events varies. “In Livy’s version (Titus Livius, the historian), Remus simply died after jumping over Romulus’ wall,” The Encyclopedia states. This was “thought to be a sign from the gods of Rome’s power and fate.” 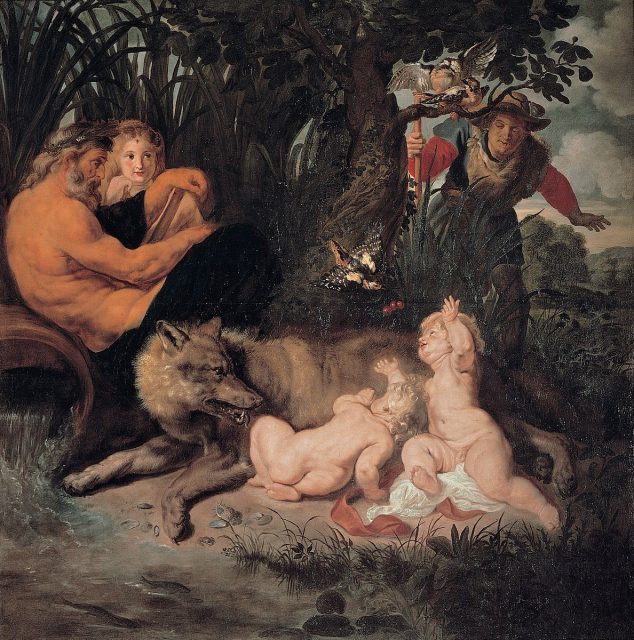 Not everyone tells it that way though. The site says, “According to St. Jerome, Remus was slain for his mockery by one of Romulus’ supporters”. It goes on to say that most sources concede that Remus perished at the hands of Romulus. Livy immortalizes April 21st, 753 BCE as the date Rome began.

A 2-year investigation of the temple is now underway, after which the tomb will be open to the public. The discovery has actually been in the news since last November, but a 3D mapping process has just been completed. For the first time in centuries, people can take an in-depth look at the sacred space.

Could Romulus be moving from the dusty pages of history and into the physical realm? Even sceptics are confident that a great architect of Rome exists, even if it isn’t the fabled Romulus.

Quoted by the BBC, Alfonsina Russo believes the site is “a place of memory where the cult of Romulus was celebrated, a cenotaph.” She adds, “I am convinced that there was a founding hero.” All roads hopefully lead to an answer.