A half-eaten chocolate chip cookie has been found in a 16th century manuscript! Emily Dourish, who works at Cambridge University Library, was amazed when she noticed the food item compressed by the pages of St Augustine.

The manuscript dates back to 1529. The delicious bookmark is much more recent and thought to be around half a century old. Though chocolate chip cookies weren’t devised till the 1930s (by Ruth Wakefield), this is still an intriguing and hilarious find. Archaeology within archaeology it might be said! Dourish described herself as “stunned”. Speaking exclusively to the Sun, she revealed: “When we gave it to our conservationist, his jaw dropped.” Presumably not so he could take a bite.

How did the cookie get there in the first place? There appears to be a perfectly normal explanation. Dourish believes it was “probably a schoolboy looking at the book over 50 years ago who then accidentally dropped a biscuit”.

Today’s unexpected discovery in a 1529 volume of Augustine. For future reference, we have acid free paper to mark your place. Please don’t use baked goods. pic.twitter.com/YGiLDTjmSk

As the book’s former owners were a grammar school, this makes sense. The cookie left a greasy stain that is now part of history. Whoever that young person was, they surely avoided the scolding of a lifetime. Social media was the Library’s first port of call. “For future reference,” they noted on Twitter, “we have acid free paper to mark your place. Please don’t use baked goods.”

Responses were swift, predictable but still very funny. More then one user blamed the Cookie Monster. Durham Cathedral Library asked the question “Is it so ancient as to now be important historic evidence of book use?” Local baker Fitzbillies even took responsibility for this crime against macadamia. Sorry, academia. While the IMechE (Institution of Mechanical Engineers) Library took a more 21st century approach with a gif of shock.

On a serious note, the manuscript was donated to the Library’s Special Collections in 1970. The Sun notes the volume “is stored inside the university’s rare books archive, where no food, drink or even pens are allowed.” 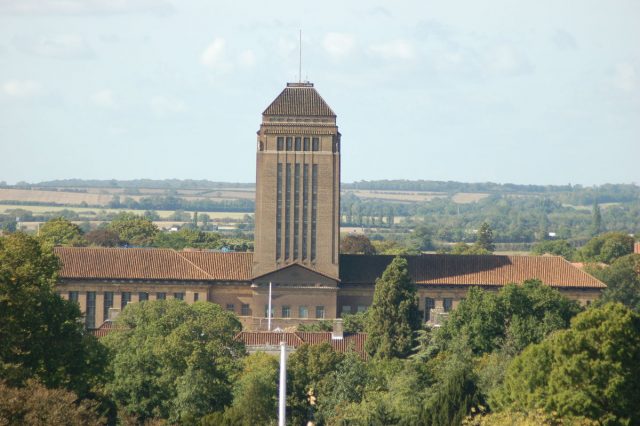 St Augustine is a pivotal yet mysterious figure from ancient history. No-one knows about his origins. But he was a medieval monk selected by Pope Gregory the Great in 595 AD to travel to England from Rome and swerve the country away from paganism. He arrived there 2 years later and set in motion an enormous conversion program.

Augustine re-introduced Christianity to a land religiously altered by invading Anglo Saxons. Without his intervention, England may have ended up a very different place. He went on to become the first Archbishop of Canterbury in Kent. Why Kent? “England in the 6th century was divided into many warring kingdoms,” writes the English Heritage website. “Of these, it was Kent that was chosen as the place to begin Augustine’s mission in England, most likely because of the powerful position of its ruler, King Æthelberht.” 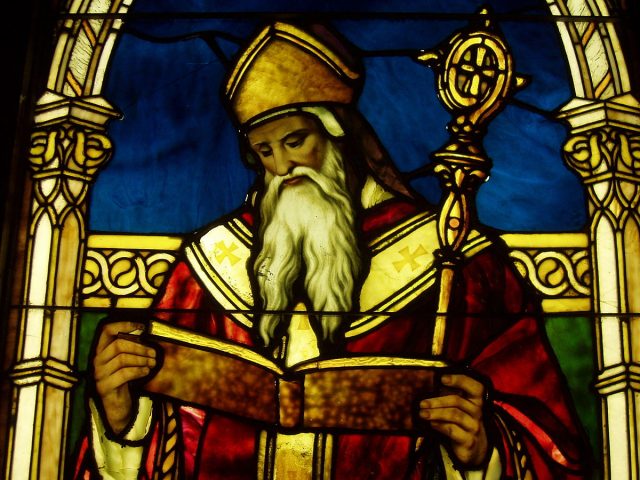 Tiffany window of St. Augustine. Photo by Daderot CC by 3.0

The Saint and mass converter is thought to have died around 604. Canterbury Cathedral, which he founded, forms part of his legacy. Its current form is the result of 900 years of construction and much historical intrigue has taken place within its walls.

Cambridge’s University Library has been in existence for centuries. Their site describes “an extraordinary accumulation of several million books, maps, manuscripts and journals” which explore “every conceivable aspect of human endeavor, across three thousand years and in over two thousand languages.”

A Sumerian clay tablet is the collection’s oldest piece. Written in ancient cuneiform script, it was inscribed in approx 2200 BCE. The site also mentions that the archives are being digitized. “Anyone with an internet connection and a desire for knowledge can view letters written by Moses Maimonides, Newton’s autograph propositions on elliptic motion, or sketchbooks from Darwin’s voyage of the beagle” it writes.

The whereabouts of the rest of the cookie are yet to be revealed.