An out of control truck has toppled an Easter Island statue, part of one of the most enigmatic statue networks that have fascinated onlookers for centuries since they were first observed by explorers in the 18th century. Built to honor the ancestors of the indigenous Rapa Nui population, these statues first appeared on the island around the 14th or 15th century. They were already in a period of decline when European explorers arrived at Easter Island in the late 18th century to find several of the giant statues in ruins.

Easter Island is a small place 2,000 miles off the coast of Chile, and it was a Chilean truck driver who slammed into one of the island’s sacred statues, part of a collection known as the “moai.”

There are approximately 1,000 moai on Easter Island, monuments that are hugely significant to the Rapa Nui community. So when a truck driver smashed into one of the stone statues, the Indigenous people on the island of about 12,000 felt deeply wounded. Community president Camilo Rapu told the Guardian, “As people know, the moai are sacred structures that possess a religious value for the people of Rapa Nui. Something like this isn’t just dreadful, it’s an offence against a living culture that has spent the last few years fighting to regain its historic and archaeological heritage.” 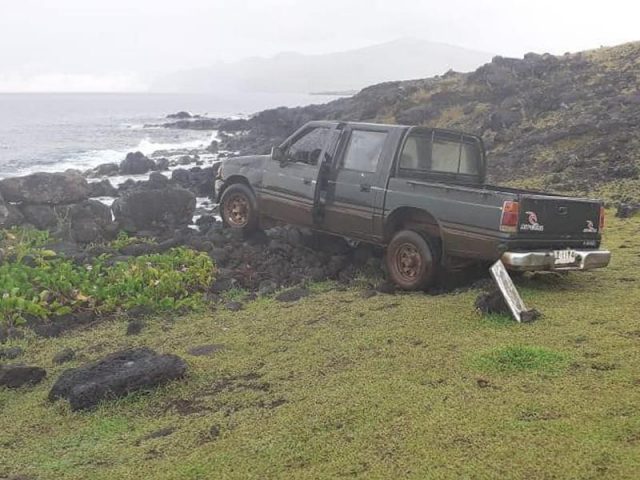 The truck that rammed into one of the Moai statues knocking it off its platform. (Ma’u Henua community via Facebook)

According to the Guardian, as many as 12,000 tourists visit the island each month, and with such an enormous influx of people, it’s not surprising that an accident like this occurred. Although whether it truly was an accident — some reports claim the driver’s brakes failed — has as yet not been determined. But the island’s mayor, Pedro Edmunds Paoa, told the Guardian that the accident proves that, whether appropriate or not to some islanders, there is a pressing need for traffic controls on and around the sacred site. 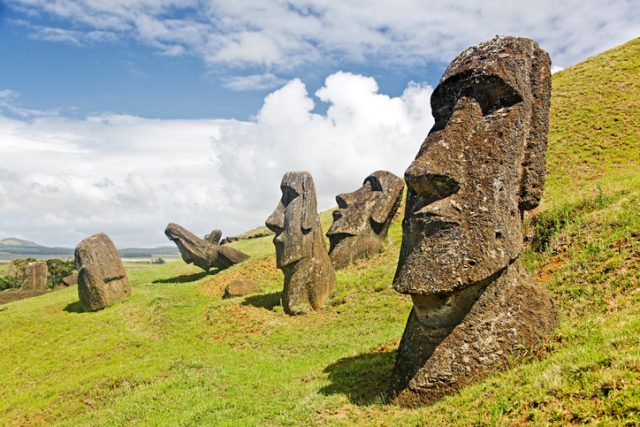 He explained that the subject has been examined before, but that ultimately the community felt traffic lights and other measures were not suitable to the area. Now, however, Paoa hopes that islanders will reconsider. 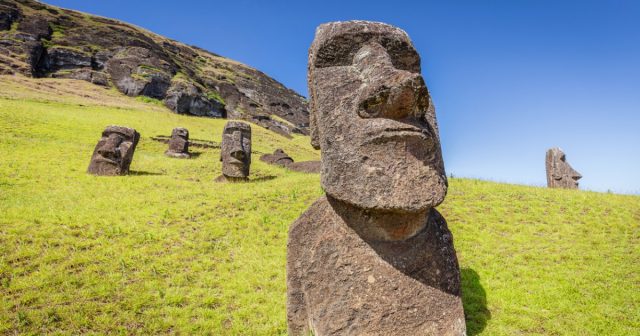 “Everyone decided against establishing traffic rules when it came to vehicles on sacred sites,” he said, “but we, as a council, were talking about the dangers and knew very well what the rise in tourist and resident numbers would mean.” It would mean a collision between modern conveniences like vehicles and sacred spaces like site where the statues stand — and vehicles would win every time. But modernity is not the only thing the centuries-old moai are facing. Time and climate are also taking its toll on this Polynesian island. 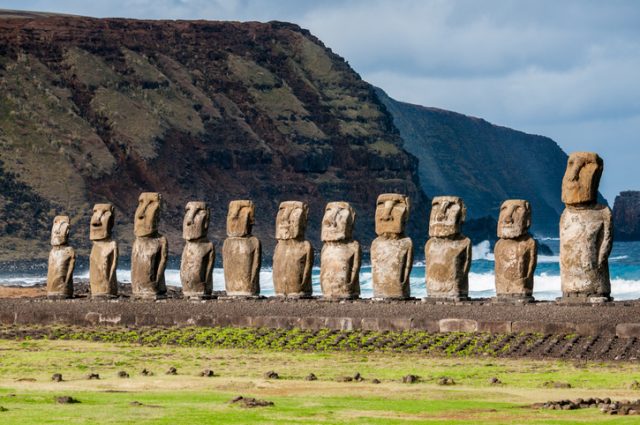 The statues are getting covered in lichen, a moss that gives the appearance of white blotches on up to 70 percent of them. According to archaeologist Sonia Haoa, who was born on the island and still works there, “You will never be able to entirely prevent the impact of time and weather,” she told the Guardian in 2019, “but you can hold it back, so that more people can see them, first.” However, she estimates it could cost as much as 500 million (USD) to clean and preserve all the affected statues, and acknowledges that can’t happen without international aid.

Related Article: The Mystery of the Easter Island Heads May Finally be Solved

It seems that the moai are facing decay, if not outright destruction, from many sources. But the incident with the truck was particularly egregious to the local community, because it symbolized something that may prove to be entirely out of their control — modernity.

« Treasure Hunters Find Rare Shipwrecked Coins on Public Florida Beach – Means they can be Kept
Michael J. Fox and Christopher Lloyd have Heartwarming Back to the Future Reunion »