Rare 18th century shipwrecked coins were found by three lucky men on a public Florida beach. On February 22, three metal detectorists reaped the rewards of sand that had been swept away from “Treasure Coast”, as this particular area of Florida is known.

Luckily for Jonah Martinez, Cole Smith and Jeremy Prouty, the coins they found were on a public Florida beach. Otherwise, had they been underwater, government officials would have seized their treasure, which is in keeping with state laws. For this trio, however, the fates were smiling, and they got to keep the 22 silver Spanish coins they found. The coins are from a Spanish shipwreck, a vessel that went down in 1715, along with 10 others, in a hurricane. The ships were carrying goods from Cuba to Spain. 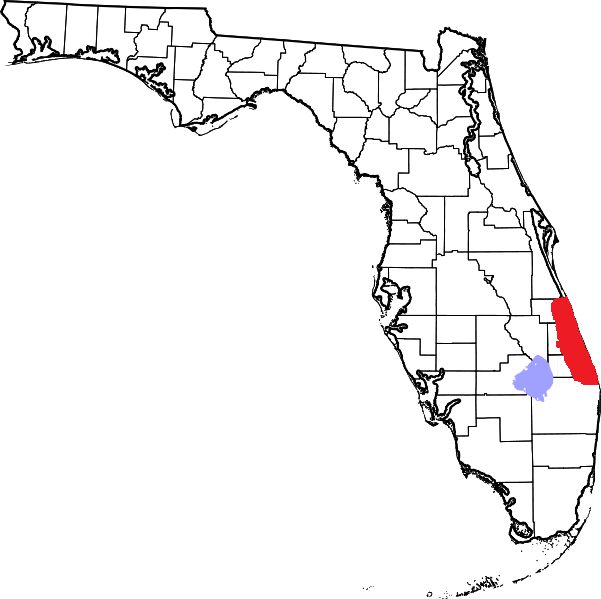 Location (in red) of Florida’s “treasure coast”. Image by Privitor CC by 3.0

“You don’t know what you’re going to find,” Martinez told CBS News. “We love to be the guys who find treasure that was lost at sea more than 300 years ago.”

Martinez has spent well over two decades scouring Florida’s southern shorelines with his metal detector. But the February haul was particularly exciting, and fruitful. “Our metal detectors were catching target after target,” Smith explained in the interview. He noted that all 22 coins are “hammer struck,” and added that they still smell of the salt water they were covered by for centuries. But they don’t do it for the money, the men insist. “This is our history out there,” Martinez said. “We are not trying to profit… we are just collecting pieces of history.” Nonetheless, the coins have been appraised at about 5,000 or 6,000 (USD). 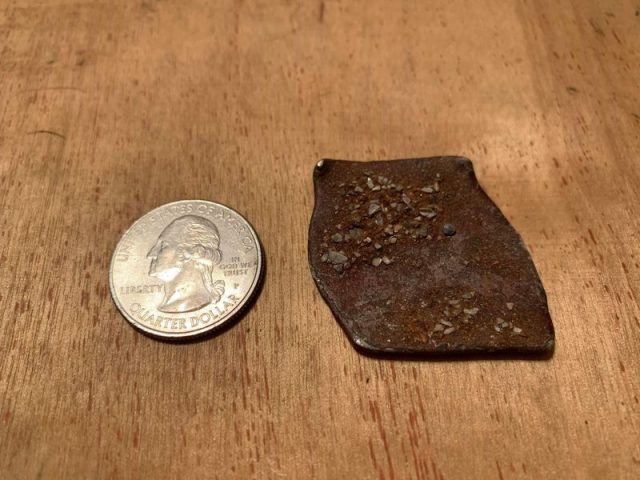 Martinez explained that when storms batter the coast line, it’s the perfect time to go treasure hunting, possibly for coins, because winds lift layers of sand from that Florida beach, and that’s when valuable items can be spotted. “It takes an element like that,” Martinez said of the recent storm, “from Mother Nature to move the sand away in such a way that we can get down to the stuff from the 1700s and 1600s. Maybe just four times a year I can go out and pick up items from that era.” 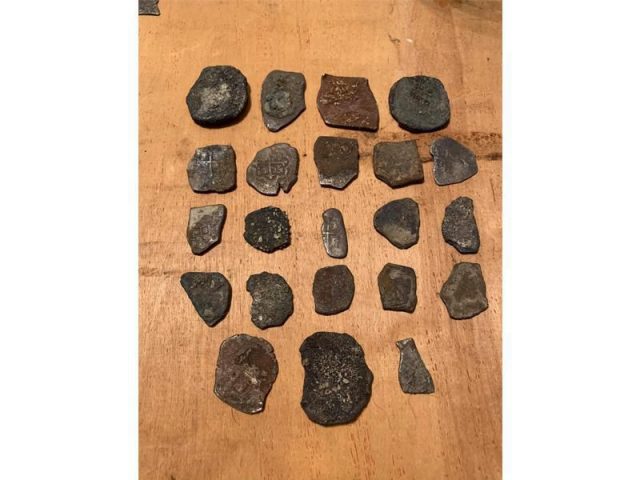 That era was hazardous to a lot of ships that carried valuable cargo from Cuba to Spain and other European countries. Of the 11 that were sailing back then and got caught in the hurricane, only one escaped sinking, a French ship called the Grifon. But amateur and professional treasure seekers along Florida’s coast are facing pushback, particularly from archaeologists who say the many ships off the coast’s shoreline should be investigated by scientists, not those looking for antiquities to sell.

These ships were first investigated almost 100 years ago, when the Florida government gave permission to a salvage operator, Kip Wagner, to dive down and explore them. Ultimately, Wagner and his team pulled about $6 million (USD) in treasures, in the form of coins and other gold and silver wares, from the wrecks.

But marine archaeologist insist that these wrecks off the Treasure Coast, and many others off Florida shorelines, should the provenance of scientists, not treasure hunters. They believe it is their duty to find, restore and display these antiquities as a way of bringing history to light. Profiting from these finds is, in their view, wrong on a whole number of levels.But for now, when folks like Martinez and Cole go digging in the sand to see what a storm has uncovered, there is nothing scientists can do to stop them, as the beaches they explore are in the public domain.

In 2015, Martinez and a different team found treasures worth more than $4 million (USD). In his career thus far, he’s earned about $15 million (USD) from the artifacts he’s hauled away. This time, he told CBS News, he plans to donate the coins to a museum, which should put to rest — at least for now — the arguments with scientists and historians about who deserves the treasures laying unseen just below the sea’s surface.