Why the Navajo Skinwalker is the Most Terrifying Native American Legend

What is a Navajo Skinwalker? The name alone is enough to chill the bones. These shape-shifting witches are part of Native American culture. Different tribes have their own tales to tell.

For the Navajo of southwest America, Skinwalkers are a powerful and destructive presence. The witches have the ability to transform into animals, as well as possess other people and bring folk back from the dead with black magic. They wear the skins and sometimes skulls or antlers of their chosen creatures, which is where the name “Skinwalker” comes from. 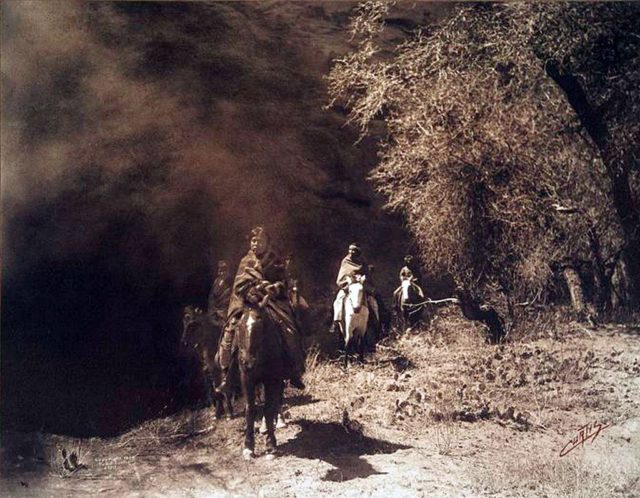 The tribe doesn’t talk about them openly, as it’s thought Skinwalkers hide among their number and exact vengeance on those who speak out. For the Navajo, living side by side with a fearsome enemy is accepted. Skinwalkers are “just another part of their spirituality and one of the ‘ways’ of their lives,” according to the Legends of America website. “As such, witchcraft has long been part of their culture, history, and traditions.”

Skinwalkers are very dangerous but can be identified if the unwary know where to look. The Navajo term for them is “yee naaldlooshii” or “with it, he goes on all fours.” The majority are said to be male. 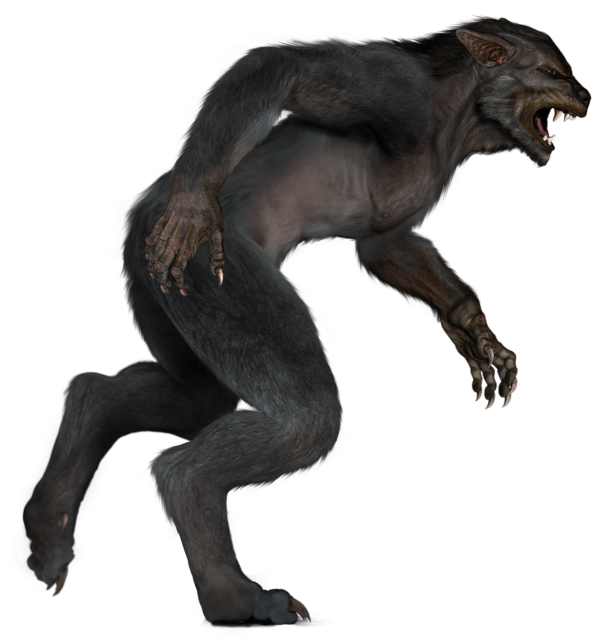 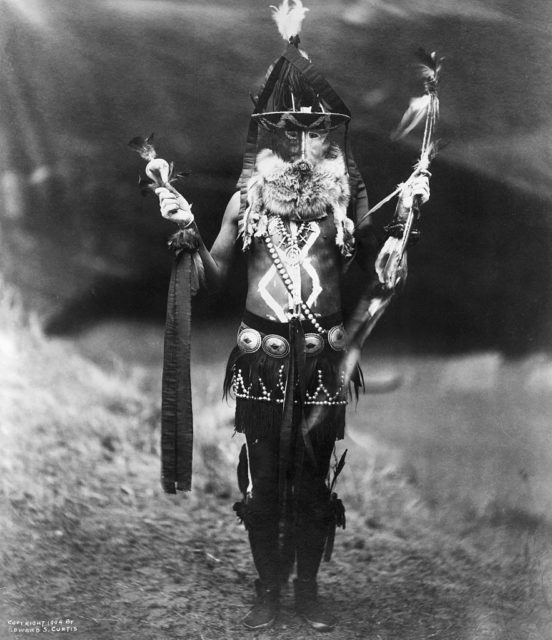 Medicine men are the key figures who turn into Skinwalkers. The Navajo Legends site writes those who have “attained the highest level of priesthood in the tribe, but chose to use his or her power for evil” are candidates for the change. Rituals form an essential part of not only Native American life, but the lives of Skinwalkers. Ancient ceremonies are performed in caves, with an elder positioned as the leader of the group.

They engage in dark practices referred to collectively as the “Witchery Way.” How do potential Skinwalkers gain their powers? As might be expected, the details are grim. Family members are prime targets – to be initiated, the medicine man or warped woman must kill a sibling or someone in their close family.

After inheriting the malevolent mantle, individuals can then display a range of physical abilities through the animals they become. Navajo Legends mentions how they “are typically seen in the form of a coyote, owl, fox, wolf or crow – although they do have the ability to turn into any animal they choose.” Transformations occur at night, and other creatures can be controlled by Skinwalkers. Tribe members may fear being set upon in the darkness by an army of sharp-clawed servants. 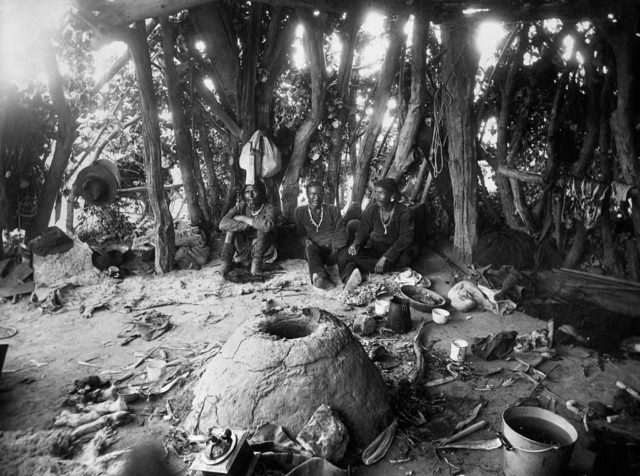 The nightmare doesn’t end with shape-shifting. They can take possession of another human through eye contact, eyes playing an important part in Skinwalker lore. The witch will have human eyes when transformed and animal eyes when in human form!

Skinwalkers have been known to rummage around in graves. This is partly to steal whatever’s inside, but also reportedly to extract a powder from corpses that is then used to poison people. A tribe member who falls sick may well wonder if they crossed paths with a Skinwalker. “These witches live on the unexpired lives of their victims,” writes Legends of America, “and they must continually kill or perish themselves.”

Despite their formidable reputation, Skinwalkers can be defeated. “Those who do track a skinwalker and learn of their true identity must pronounce the name of the evil one in full,” says Navajo Legends. “Once this happens, the skinwalker will get sick or die for the wrongs they have inflicted against others.”

Stories aside, can anyone prove they’ve seen a Skinwalker? Legends of America mentions that “When they have been seen, they have been described as not quite human and not fully animal.” In a Hulk-like twist, the witch has sometimes been spotted “wearing tattered shirts or jeans.” 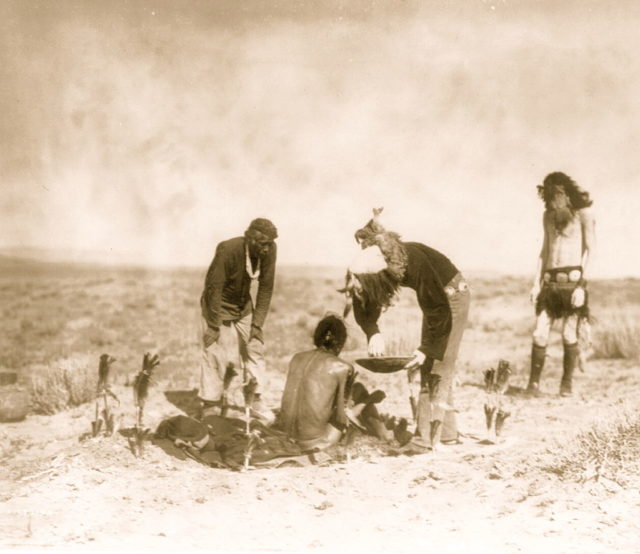 What about cast iron proof? The famous case of Skinwalker Ranch in Utah certainly resulted in some hair-raising accounts. Terry Sherman used to own the 512-acre property, but he and his family left after experiencing eerie phenomena. As reported in 1996, this included the likes of UFOs – “lights emerging from circular ‘doorways’ that seemed to appear in mid-air,” according to the Las Vegas Sun – but also attacks on livestock.

History.com describes “the systematic and repeated mutilation of their cattle—in an oddly surgical and bloodless manner.” The owner also encountered “mysterious large animals: most notably, a wolf three times the size of a normal wolf that Terry shot at close range multiple times with a rifle—to seemingly no effect.”

The site was then purchased by Robert Bigelow, a millionaire with an interest in all things otherworldly. Bigelow’s surveillance of the ranch was documented in the 2005 book Hunt for the Skinwalker by biochemist Colm A. Kelleher and journalist George Knapp. The project, run by Bigelow’s now-defunct National Institute for Discovery Science, observed some seriously spooky events.

One night, Kelleher reported seeing “a large humanoid creature spying on the research team from a tree.” After scaring it off, he found a footprint, “a single, obvious oval track about six inches in diameter embedded deeply in the patch of snow,” the book writes. It adds the print had “two sharp claws protruding from the rear of the mark going a couple of inches deeper.” Kelleher thinks it “almost looked like a bird of prey, maybe a raptor print, but huge and, from the depth of the print, from a very heavy creature.”

Commentators point to the area’s general history of unusual sightings, which act as both a positive and negative when assessing the story… are these genuine cases or mass hysteria? Plus the ranch is several hundred miles away from Navajo territory, casting further doubts on whether this is a Skinwalker. 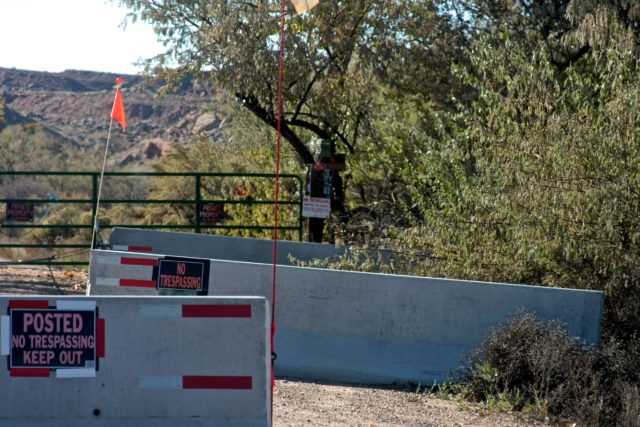 For those to whom the legends belong, adapting cultural history as entertainment is an insulting move. The Native Appropriations website comments, “we as Indigenous peoples are constantly situated as fantasy creatures… But we’re not magical creatures, we’re contemporary peoples who are still here, and still practice our spiritual traditions.” The site is concerned about “the constant commodification of our spiritual practices.”

More from us: Beneath Florida Waters: Native American Site Protected as National Heritage

The Navajo Skinwalker is a way of life for some and a boogeyman for others. Either way, its history makes for a vivid and spine-tingling read.